The Raid at Eldorado : Two Views 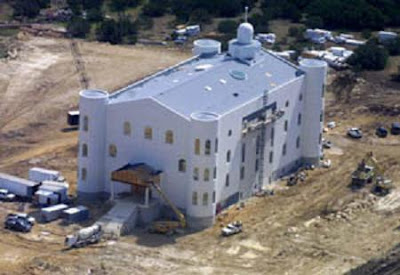 [Look for a discussion by Rag Bloggers about the Raid on the El Dorado compound, to be posted soon.]

The raid – which resulted in more than 400 youngsters being taken into protective custody – occurred after a 16-year-old girl reported she was beaten and raped. The documents also provide new details about her conversations with police.

An affidavit filed by state officials depicts a religious culture rife with sexual abuse of young teenage girls. Texas Child welfare officials allege that for generations, women in the polygamist group were taught to prepare themselves and their daughters for sexual relations with older men as soon as they reached puberty.

“Investigators determined that there is a widespread pattern and practice of the (Yearn for Zion) Ranch in which young, minor female residents are conditioned to expect and accept sexual activity with adult men at the ranch upon being spiritually married to them,” stated the affidavit signed by Lynn McFadden, an investigative supervisor with the Department of Family and Protective Services.

The court documents also describe a desperate 16-year-old girl’s whispered calls to authorities. Using a borrowed cell phone, she told of being raped by her 50-year-old “spiritual husband,” and then beaten until her ribs were broken and she had to be taken to an emergency room. The girl, who is alleged to have given birth to a child at the age of 15, has still not been located by authorities.

The occupation and search began Friday, and the Associated Press reported that at least two FBI agents were seen entering the back entrance of the compound’s 80-foot-high temple on Tuesday.

The homes at the ranch run by the polygamist group, known as the Fundamentalist Church of Jesus Christ of Latter Day Saints, consist of large three-story buildings, each with scores of bedrooms. Outbuildings are scattered around the ranch, and the gleaming white temple sits in the center.

The women and children who lived there had been virtually isolated from direct contact with people outside the faith. They’re now being housed in former Army barracks inside a historic Western Fort built in 1867, which is surrounded by TV trucks, white dishes pointed at the sky.

The raid and removal of children was unprecedented in scope, but not in context. During a standoff with U.S. officials in 1993, David Koresh released all of the children from the Branch Davidian religious sect’s complex in Waco, Texas, that were not his own. But the action in El Dorado is on a scale many times the size of that intervention.

To remove and take custody of 401 children from different families, the state must have cause. A state judge has granted Child Protective Services temporary custody, which gives the agency 14 days to put together its evidence and go to court.

Because the state took every female child from the ranch, it is likely to argue that the parents’ polygamist beliefs constitute jeopardy for under-age sexual abuse. Lawyers for the polygamist group filed a motion this weekend protesting that the search warrant was too broad and too vague, thus unconstitutional.

A news conference Tuesday became a little testy as some reporters asked Child Protective Services spokeswoman Marleigh Meisner what right the state had to take so many children from so many families.

“You’re ripping families apart and you’re not explaining to us what is the real reason for it,” one reporter asked.

Meisner replied, “I can tell you it that it was certainly enough that a district judge in the state of Texas determined that these children were at risk, and judges in Texas don’t take those accusations lightly.”

Merrill Jessop, a presiding elder of the polygamist group, also complained about the children’s removal.

“There needs to be a public outcry. The hauling off of women and children matches anything in Russia and Germany,” Jessop told the Salt Lake City Tribune.

Two members of the polygamist group were arrested at the ranch earlier this week, one charged with interfering with police and the other with destroying evidence. 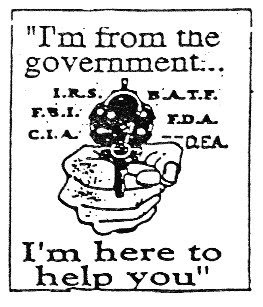 Texas FLDS raid has odious smell to it.
By Prairie Fire Journal / April 8, 2008

I’m not a supporter of religion of any kind, but I can’t help but feel that there’s something really rotten smelling about the recent raid on the FLDS ranch outside of El Dorado, Texas. Was the raid really about possible child abuse and underage marriages, or is there more to it than that?

It’s no secret that the State of Texas has been itching for a confrontation with the FLDS ever since their arrival in Texas in 2003. The problem wasn’t with their isolationist or patriarchal behavior. If that was the case, then every Christian fundamentalist in the state would have to be rounded up. Mennonites in my part of the world require their girls and women to wear funny costumes, while the boys and men wear regular clothes.

I’m sure that the FLDS doesn’t have the market cornered when it comes to strict patriarchal religious dogma. If allegations of child abuse are grounds for raiding a church’s property and executing a wholesale roundup of all of its members, then why aren’t all the Catholic churches and schools in America padlocked and all their occupants warehoused? Why aren’t SWAT teams sent into Amish enclaves to rescue those women and children who are subjected to a harsh patriarchal lifestyle?

The state’s aversion to the practice of polygamy is what this is all about. The allegations of abuse are just the excuse used by the state to justify this broad use of police powers. The protectors of traditional marriage had to take decisive action. Is it just a mere coincidence that some of the buses seen hauling away FLDS women and children belonged to the local First Baptist Church?

What about the use of Baptist volunteers to help with the mass roundup? Is the State of Texas so strapped for resources that it was necessary for CPS to use manpower and transportation provided by a Baptist church?

What about the mysterious phone call allegedly originating from the ranch by a 16-year-old girl? CPS has no clue as to what happened to the girl, if, in fact the call actually came from the ranch.

After rounding up 416 children and 139 women, CPS claims that so far it has found 15 possible cases of abuse. That’s as many people as live in my small West Texas community, and I imagine that if you rounded up this whole town you could find 15 cases of possible abuse. As for teen pregancies, show me one town in Texas that doesn’t have teen pregnancies and I’ll show you a town that’s completely celibate. For all intents and purposes, this police raid amounted to a large scale invasion of a small town.

Perhaps what most people don’t know is the fact that the Texas Legislature changed the marriage law in 2005 concerning the minimum age at which a parent could give consent for a child to marry. The new law raised the age from 14 to 16 and made violations of the law a third-degree felony. The primary reason for this legislation was the arrival of the FLDS in Texas. Up until that time, the state had no qualms about 14 year olds getting married.

In conclusion, I’m not a supporter of the FLDS, child abuse or underage marriges. But neither do I support heavy-handed police-state tactics as it appears the state has used in this instance.

Many questions remain unresolved. The DPS and the CPS are keeping the public and the press at a distance, just as they did in Waco. Both agencies have been evasive in providing information, and are selective in what information they do provide in order to ensure maximum shock value and cover for their actions. After the Waco tragedy, we shouldn’t trust the government to give us the truth.