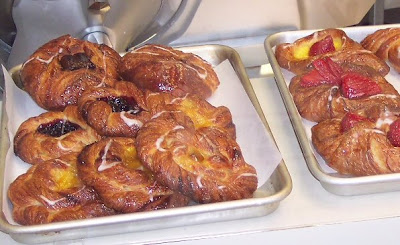 My buddy Cora and I both started working at a little manufacturing plant in Port Angeles on exactly the same day, 3 May 2006. We got to know each other because we were relegated to sitting in the foyer while we waited for the training manager to arrive. We found something in common that day (a love of good food) and we began a tradition the following year of going out to celebrate the anniversary. This year, we went to brunch on a Saturday, but the point of this little introduction is that after we’d eaten, Cora asked if I’d like to meet some Friends of hers who had opened a new little bakery.

Erich and Liz Seifert opened the Little Oven in Port Angeles in the Fall of 2007. They bake fresh croissants, buns, fresh fruit and cheese pastries, Danish, muffins and cookies every day from organic and local ingredients. Everything is lovingly hand-rolled and shaped in their tiny bakery. They also serve sandwiches and topped focaccia rounds for lunchtime, and there is an assortment of teas, juices, and coffee to accompany.

When Cora and I went, I picked one of the Danish to try. Astounding. The following weekend, I stopped to see them again and sampled a bun similar to a bagel filled with caramelized onions. Delicious! I had a cinnamon bun the morning I stopped to take these photos. Wow – they are such good bakers.

I asked them if I should describe them as artisan pastry and baker folk. He said they were working class, and that he didn’t know what “artisan” means. He also pointed out that the bakery operates as a collective, and he wouldn’t “really want anyone to get the impression that we intend to follow the typical capitalist model of business.” The first time I met him, he was wearing a t-shirt with the poster of four Apaches holding guns and the caption, “Fighting terrorism since 1492” on the front of it. I have that poster at home, and I immediately liked him. 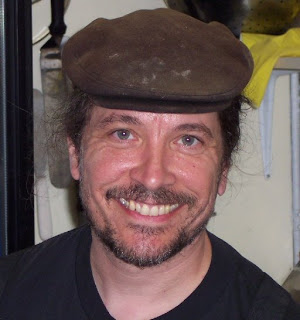 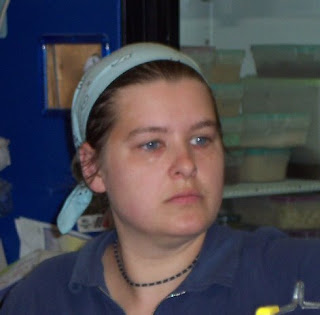 If you’re in Port Angeles, and want to try something deliciously fresh-baked, you can find the Little Oven around the corner from the Post Office at Peabody and Second. Drop in – Erich would love to talk politics with you !!

This entry was posted in Rag Bloggers and tagged Counterculture, Richard Jehn. Bookmark the permalink.