The Newest (and Most Vibrant) Presidential Candidate 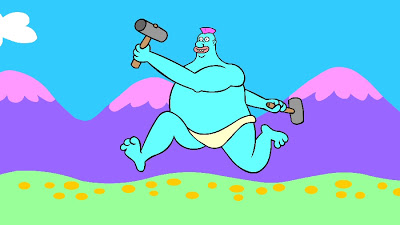 By selecting his Vice President now, Jerry, (www.itsjerrytime.com) who announced that he was running for President of the United States on July 4, has scooped both Barack Obama (D) and John McCain (R), who plan to reveal their running mates within a week.

Key to Jerry’s selection is that “Papu can be the ultimate ‘hatchet man’ VP… more Cheney than Cheney, without the brains.”

“There was always only one choice for VP” said Jerry in an exclusive interview. “It was only a matter if he had the desire to do it. And he does. With Papu, there is no red tape. Together, we have the ideas and know-how to get things done.”

Jerry and Papu will be releasing a music video next week and campaign spots incrementally to capture the public’s write-in vote in the November elections.

This entry was posted in RagBlog and tagged Humor, Presidential Campaign. Bookmark the permalink.

1 Response to The Newest (and Most Vibrant) Presidential Candidate