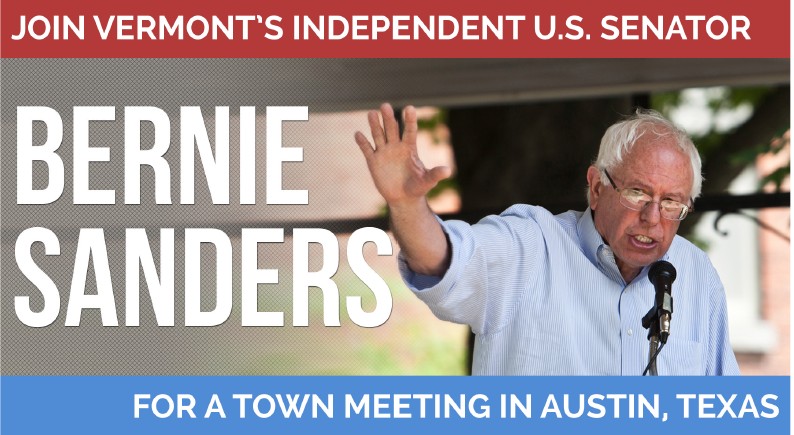 AUSTIN — Vermont’s feisty Independent senior U.S. Senator Bernie Sanders will be in Austin to talk about the fight for economic justice. Texas populist pundit and radio commentator Jim Hightower will be introducing him. Other local leaders will be there as well to welcome Sanders to Austin.

Senator Sanders will focus on an agenda familiar to anyone who has been following him:

Although he hasn’t announced that he will run for president in the Democratic primary, there are many in Austin hoping that he will do just that. When approached by people who were gathering signatures supporting his 2016 presidential candidacy, he agreed to participate in a community event that would be affordable and accessible — if it could be scheduled in a union hall.

(Bernie Sanders will also appear at a Travis County Democratic Party fundraiser on April 1 with tickets beginning at $200.)

You are encouraged to RSVP here.