Maryann Price sang with Dan Hicks, The Kinks, and Asleep at the Wheel; Ellen Sweets is a prize-winning journalist recently returned from Cuba. 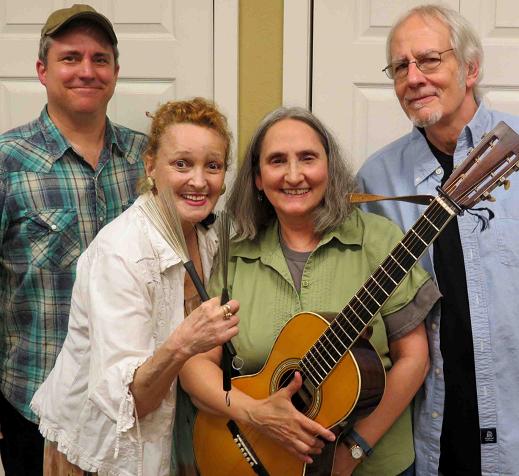 Maryann Price, front left, with Christy Palumbo Foster and, in back, Rag Radio’s Tracey Schulz, left, and Thorne Dreyer in the studios of KOOP-FM in Austin, Texas, March 20, 2015. Photo by Roger Baker / The Rag Blog.

Recent guests on Rag Radio are Austin singer and recording artist Maryann Price, a member of the Western Swing Hall of Fame and the Texas Music Hall of Fame, and award-winning journalist Ellen Sweets, author of Stirring It Up with Molly Ivins.

Listen to the podcasts of these shows below.

Maryann Price was the voice behind iconic bands Dan Hicks and His Hot Licks, The Kinks, and Asleep at the Wheel. She is also known for leading her own jazz trio and as one half of the eclectic duo Ethyl’n Methyl, along with Asleep at the Wheel alumnus Chris O’Connell. She and Christy Palumbo Foster, who backs her up on guitar and vocals, also perform four songs live on the show.

Download the podcast of our March 20, 2015, Rag Radio show with Maryann Price here — or listen to it here:

After singing commercial jingles in her native Baltimore and jazz in Las Vegas showrooms, Price moved to San Francisco in 1969 where she was hired to sing with Dan Hicks. Upon hearing of the Hot Licks’ breakup in 1973, the Kinks’ Ray Davies asked Maryann to move to England and join the legendary British rockers. Returning to America, Maryann formed The Girtones with former Hot Licks guitarist John Girto. In1980 she was hired by long-time fan Ray Benson to sing with the legendary Texas Western swing band, Asleep at the Wheel.

Maryann’s voice has also been heard on numerous commercial jingles and, along with Chris O’Connell, she appeared on television commercials for Southwest Airlines. In 1991 Maryann organized the first reunion in 17 years of the original Hot Licks. The show packed Austin’s Paramount Theater and culminated in an appearance on Austin City Limits. 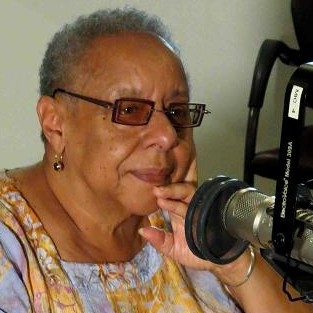 A longtime friend of Texas pundit and satirist Molly Ivins, Ellen Sweets wrote the acclaimed food-infused “delicious memoir,” Stirring It Up with Molly Ivins. A reporter whose beat has included everything from fires, fights, and homicides to features and food writing, Ellen’s many honors include the James Beard Foundation Award for best food section. Ellen, who began her career at her father’s black weekly newspaper in St. Louis, has reported for the St. Louis Post-Dispatch, Dallas Morning News, Denver Post, Austin American-Statesman, Edible Austin, the Texas Observer, and Texas Co-Op Power.

Download the podcast of our March 13, 2015, Rag Radio show with Ellen Sweets here — or listen to it here:

On the show we discuss Ellen Sweets’ fascinating life journey as a reporter; her recent trip to Cuba where she was among a select group of journalists covering the military hearing of Khalid Sheikh Mohammed and others; her friendship with Molly Ivins and how she came to write the memoir; writing about food as a way of addressing culture; and issues related to race, class, and gentrification.

This show was broadcast during Austin radio station KOOP-FM’s spring membership drive and solicitation for financial support for the station has been removed from this podcast.