A former UT-Austin activist, Scott settled in Santa Fe, New Mexico, where he devoted himself to the teaching of Permaculture.

Many people knew Scott Pittman in Austin as a member of Students for a Democratic Society (SDS) and contributor to Austin’s underground newspaper, The Rag. We mourn his passing.

Scott grew up in Seminole, Texas, and served in the Air Force in Turkey before he moved to Austin, joining the antiwar and civil rights struggle. In October 1967, he went to the massive Pentagon demonstration in Washington, D.C., and was stabbed in the leg by a soldier with a bayonet on the steps of the Pentagon. In an article in the October 30, 1967 issue of The Rag, Sue Jankovsky reported that Scott “was beat up, bayoneted, and then charged with assaulting a federal officer.” 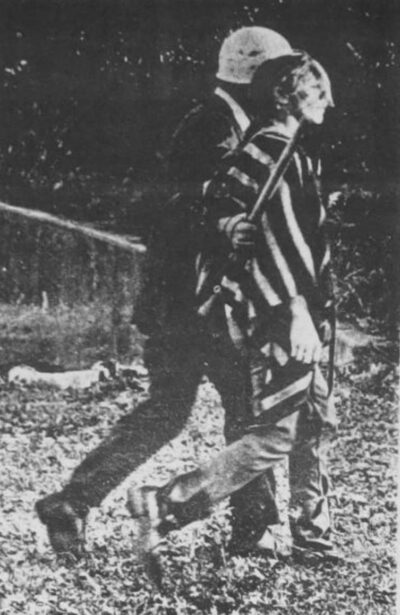 Scott was arrested after being bayoneted at the Pentagon in 1967. Photo from The Rag.

Scott built a communal life in Arkansas after leaving Austin. Then, settling in Santa Fe, New Mexico, he devoted himself to the teaching of Permaculture, traveling the world. (Permaculture is a movement involving the development of sustainable and self-sufficient agricultural ecosystems.)

A moving tribute to Scott was posted on the Permaculture website.

It is with a heavy heart we share that Scott Pittman passed away on 7/31/2022. He touched so many of us over several decades by consistently sharing the deep wisdom of nature and how we properly develop our places in it. Scott co-founded the Permaculture Institute Inc. with Bill Mollison in 1996 and carried Permaculture throughout the world, teaching and practicing it on every continent except Antarctica.

He gave courses to multiple indigenous tribes in the Amazon and elsewhere, always encouraging traditional wisdom and arts. Scott taught in Cameroon, Equatorial Guinea, Siberia, Ukraine, Brazil, Nepal, Haiti, and Costa Rica, among others. He also founded the former Permaculture Credit Union and was a masterful builder of natural homes. Scott was a true guardian of the planet and steward of her insight. Almost none have given as much to the Permaculture Design field than Scott. May we be so dedicated to the earth and each other as he was. Rest in peace, dear friend. 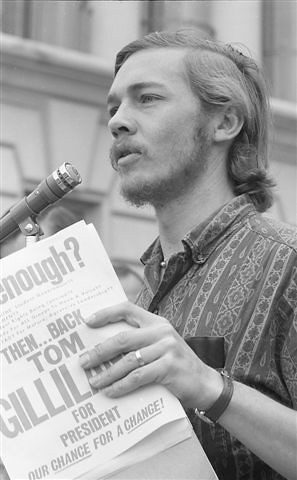 Scott Pittman at University Freedom Movement at UT-Austin in 1967. Photo by John Avant.

In the mid-’60s, fellow Austin activist Jeff Shero (Nightbyrd) played a matchmaker role, arranging for his friend Charlotte on the East Coast to meet Scott near the Grand Central Station clock in New York City. They were married for 25 years and had three children. After their divorce, Scott remarried and had another child with his second wife, Arina. Scott’s children, grandchildren, and brother were at his bedside during his final days. His obituary says, “Scott passed away peacefully at home on July 31, 2022, surrounded by his family.”

May his memory be a blessing to his family, friends, and fellow believers in a better future.

[Alice Embree is an Austin writer and activist who serves on the board of directors of the New Journalism Project, is associate editor of The Rag Blog, and was a founder of The Rag, Austin’s legendary underground paper, in 1966. Alice’s memoir, Voice Lessons, was published by the Dolph Briscoe Center for American History and distributed by the University of Texas Press.]