I felt it a place of camaraderie, of a Mediterranean aesthetic that was familiar. 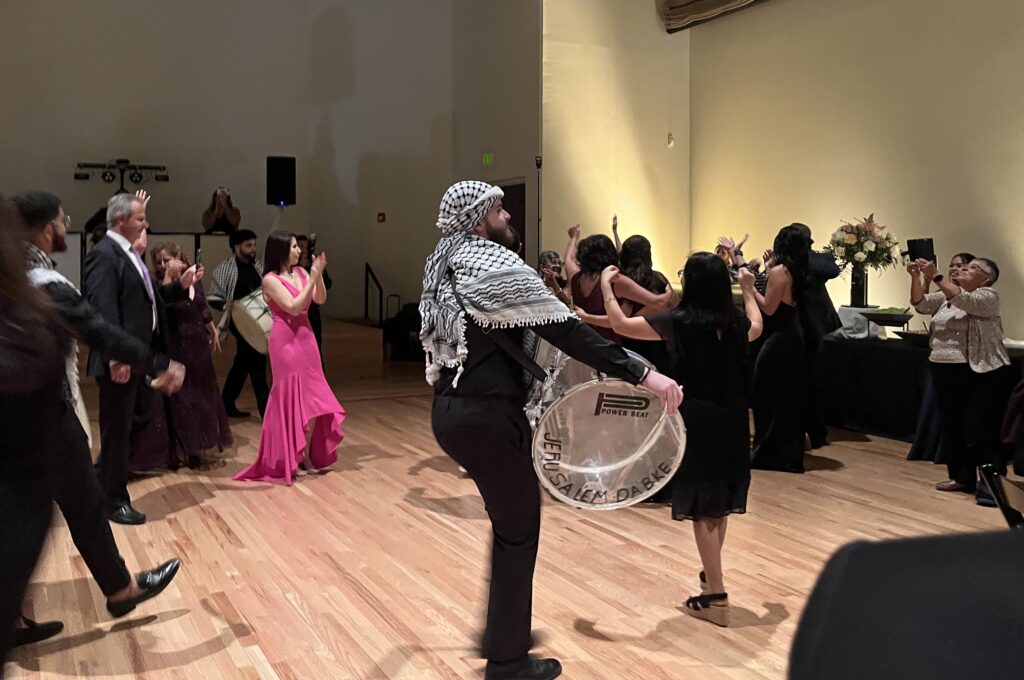 AUSTIN — I moved to Austin in the spring of 1997.   South by Southwest was in full swing when I arrived.  Soon I attended what I believe to be my first demo at the Capitol.  As it ended, I turned to a new friend and asked, “Where do people go now?  Is there some café or place to meet?”  He immediately responded, “Absolutely… we’ll go to the Marrakesh, right here, on Congress.  The owner, Samir, is Palestinian.”

While neither an observant Jew nor an apologist for the many violent practices of the Israeli state against Palestinians, I felt a moment of trepidation; would these Palestinians automatically distrust/dislike me for being a Jew?  I remember when I walked in with friends (Zapatistas, Wobblies, and peace activists) I felt it a place of camaraderie, of a Mediterranean aesthetic that was familiar, like cafes I’d known in Crete or Andalucía.

I was introduced to Samir Saadeh (may his memory be a blessing) and thus began my first authentic contact with a Palestinian.  At some point I was invited to an event at one of the Jewish congregations, with a facilitator from the Co-Counseling movement, inviting Palestinians and Jews to sit with each other and share.  Somehow, I was in a row that faced the row where Samir was seated – and as the Co-Counseling session began, I was partnered with Samir.

I felt only compassion and understanding coming from him, no judgment, no hate.

What I can remember from that evening was the difficulty in finding words to express my feelings of impotence in opposing the crushing injustice that the Israeli state was doing to Palestine and Palestinians.  Finally, all I could do was cry.  Samir listened to me, and I felt only compassion and understanding coming from him, no judgment, no hate.

When I look back on my evolution from an uninformed, brainwashed American Jew to being anti-Zionist, I have come to believe that meeting Samir was a turning point in my political life.  I went to live in Mexico in 2005 and on one summer break visit to Austin I went to the Marrakesh.  When I asked to say hello to Samir I was surprised and saddened to hear he had died suddenly while I was in Mexico.

It was after I returned to Austin in 2010 that a friend introduced me to Abir Saadeh, Samir’s widow, who had moved the Marrakesh to North Austin.  I had never met her when Samir was alive, but now I met her and their three children.  We became friends and that friendship grew until I was invited to attend the wedding of Saru, one of Samir’s sons.

Samir’s cousin, Majda, was outgoing and I felt a potential for friendship.

I had met one of Samir’s first cousins at Abir’s home last summer when she hosted a small group of women when a German friend of a mutual friend was visiting.  Samir’s cousin, Majda, was outgoing and I felt a potential for friendship.  As it turned out, Majda was my fairy godmother for the  three days of festivities and was my ride to and from San Antonio.

I knew a few other friends of Abir’s and, of course, her children;  I had met Iliana’s parents and sisters at a bridal shower. I was with a large group of people and sometimes I was quietly sitting alone, simply watching.

Mark, a friend from the Tzedek Chicago Congregation writers’ group (Midrash Makers), asked me to write something noteworthy from the wedding, a sensory memory like a taste or smell or vision.

I was astonished to see Iliana and Saru on chairs, being held high in the air.

For visual perception combined with sound, I remember the ensemble of kafiya-wearing Palestinian drummers who lead the bride and groom into the dining hall from the garden where the ceremony was held.  Some hours later, after dining when the dancing was about to begin, I was astonished to see Iliana and Saru on chairs, being held high in the air.  I had seen this custom in films about orthodox Jewish weddings.  In my surprise, I turned to one of my tablemates and they said, “Of course, it is an old Palestinian tradition.”

Tastes.  Besides the very respectable creamy white wedding cake were extraordinary baklava that Abir had brought from Austin.  Apparently, a bakery owned by Syrians has recently opened in North Austin – and this baklava was freshly made and was the perfect complement to the white wedding cake and good coffee.

The DJ managed to alternate Middle Eastern songs with Latino classics and contemporary tunes, filling the dance floor with enthusiasm and joy.

Despite the ongoing brutality of the Nakbah… these families had kept their traditions and customs alive.

Palestinian relatives had flown in from California – and various corners of Texas.  People told me that they hadn’t seen this one or that one for 10 or 15 years.  It reminded me of the Palestinian diaspora and how precious are the moments when family comes together.  Despite the ongoing brutality of the Nakbah, the occupation and the violence that continues, these families had kept their traditions and customs alive.

My vocabulary in Arabic is limited (and what I do know, is thanks to Abir) but it was easy to say Habibi or Habibti, Shukran and Yallah throughout those days.

After all is said, it was a privilege to be, I think, the only Jew at a Palestinian/Tejano wedding.  It was, in fact, a mitzvah to be able to dance at the wedding of the son of the Palestinians who helped me break out of decades of misinformation and misplaced fear.

This entry was posted in RagBlog and tagged Elaine Cohen, Rag Bloggers. Bookmark the permalink.

5 Responses to ELAINE COHEN : STORY | An Austin tale of memory, reflection, and healing