The So-Called Success of the Surge 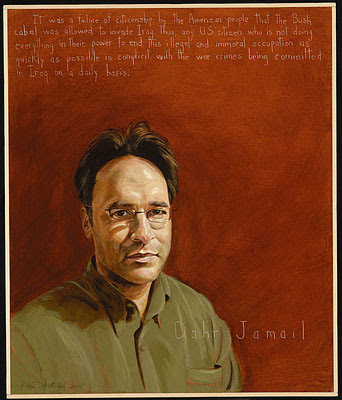 As we mark the fifth anniversary of the U.S. invasion and occupation of Iraq, rhetoric around the “success” of the so-called surge continues. Presidential hopefuls, along with members of the Bush administration, continue to tout “progress,” citing fewer U.S. casualties and moves amongst Iraqi groups towards “reconciliation.” While indeed, there has been a reduction in violence, it is lost in the headlines that thousands of Iraqis still are losing their lives each month in the conflict. But even worse, the “success” of the surge has the potential to bring violence to all time highs.

In his final State of the Union address in January, George W. Bush proudly held up the newly formed “Awakening Groups,” known locally in Iraq as the Sahwa, as examples of both Iraqi cooperation and independence. Members of these groups now total nearly 80,000, and are paid $300 of U.S. taxpayer money a month to not attack occupation forces. These groups are referred to as “Concerned Local Citizens” by the military, as though they are comprised of concerned fathers and uncles who suddenly became keen to collaborate with members of a foreign occupation force which has eviscerated their country.

In reality, most of the Sahwa are resistance fighters who are taking the money, arms, and ammunition, whilst biding their time to build their forces to move, once again, against the occupation forces which now support them, in addition to planning to move against the Shia dominated government. Furthermore, it is widely known in Iraq that many of the Sahwa are al-Qaeda members, the irony of which is not lost to Iraqis, who heard the U.S. propaganda as to the reasons the Sahwa were formed: to drive al-Qaeda from Iraq and to promote security so as to enable political reconciliation within the government in Baghdad by providing the space for this to occur.

Illustrating the counter-productive nature of Bush’s plan, Iraq’s puppet government, led by U.S.-installed Prime Minister Nouri al-Maliki is having nothing to do with the Sahwa. When the U.S. military began to organize the Sahwa by buying off prominent Tribal Sheikhs across Iraq’s al-Anbar province, Maliki made it clear that none of the Sahwa would ever be granted positions within the government security apparatus.

And why should he feel differently? With Shia mlitiamen and death squad members he supports comprising the brunt of the Iraqi military and police, why would Maliki choose to grant legitimacy to the very groups who wish to gain a counter-balance of power in the Baghdad government?

Despite the periodic bickering and blaming from the Bush administration aimed at Maliki and his government, the Prime Minister remains in power for the sole reason that he and his cronies enjoy the backing of the occupation forces. After all, this is an “Iraqi” government that is located within the Green Zone. It is an “Iraqi” government that would not last five minutes without that kind of protection, as polls in Iraq indicate that it enjoys less than one percent support from the Iraqi population.

Arming (and splitting) Shia and Sunni
“I can’t think of a more classic example of divide and rule,” Phil Aliff, a then active duty U.S. soldier with the 10th Mountain Division told me at Fort Drum last October. He served nearly one year in Iraq from August 2005 to July 2006, in the areas of Abu Ghraib City and Fallujah, both west of Baghdad. Aliff was disgusted in the U.S. policy of, as he described it, “Arming the Sunni while politically supporting the Shia … how is that promoting reconciliation?”
According to the U.S. military, 82 percent of the Sahwa are Sunnis. Now the Sahwa, as my Iraqi colleague Ahmed Ali and I have been reporting for Inter Press Service, are openly challenging the government in Baghdad. In Baquba, the capital city of Diyala province, they are in the process of forcing the resignation of the Shia police chief of the province, Gen. Ghanim al-Qureyshi. A local Sahwa member told Ali in Baquba recently that their demands also include “the nomination of four Sunni assistants to be available as the new police chief, hiring 5,000 members of the Sahwa to serve as government security personnel, and government police no longer to be allowed into certain predominantly Sunni districts in an effort to eliminate the sectarian conduct of the police.”
So much for reconciliation. The Sahwa albeit wrought with its own infighting, corruption, and power struggles, now form an effective counterweight to the Iraqi government and are beginning to demand posts in various ministries in Baghdad, as well as power within government security forces.
Read the rest of it here.
[Dahr Jamail has reported from inside Iraq and is the author of Beyond the Green Zone. He writes for Inter Press Service, The Asia Times, and is a contributor to Foreign Policy In Focus. A fourth-generation Lebanese-American, he grew up in Houston.]

In late 2003, weary of the overall failure of the U.S. media to accurately report on the realities of the war in Iraq for the Iraqi people and US soldiers, Dahr Jamail went to Iraq to report on the war himself.

Jamail spent eight months in occupied Iraq as one of only a few independent U.S. journalists in the country. In the Middle East, he also has reported from Syria, Lebanon and Jordan.

Jamail’s dispatches were quickly recognized as an important media resource. He is now writing for the Inter Press Service, The Asia Times and many other outlets. Jamail’s reports have also been published with The Nation, The Sunday Herald, Islam Online, the Guardian, Foreign Policy in Focus, and the Independent to name just a few.

His newest book is Beyond the Green Zone: Dispatches from an Unembedded Journalist in Occupied Iraq (Haymarket Books). Vivid, insightful, and often in the participants’ own words, Beyond the Green Zone goes past the polished desks of the corporate media and Washington politicians to tell first hand of the reality of life under U.S. occupation.Geology building is on the UT East Mall, next to the MLK statue.

Praise for Beyond the Green Zone

“From the earliest days of the war, Dahr Jamail has been a human conduit for the voices of Iraqis living under US occupation. In the face of tremendous personal risk, his commitment to the crucial, principled task of bearing witness has never wavered, and this extraordinary book is the result.” –Naomi Klein, author, No Logo

“This book pierces the miasma of ignorance, mendacity and embedded egotism that has shaped most coverage of Iraq in the American press. It is a passionate and deeply insightful look at the reality of war and occupation, and also an example of international journalism at its best.” –Stephen Kinzer, former bureau chief, New York Times, and author, All the Shah’s Men

“Dahr Jamail does us a great service, by taking us past the lies of our political leaders, past the cowardice of the mainstream press, into the streets, the homes, the lives of Iraqis living under U.S. occupation. He is a superb journalist, in the most honorable tradition of that craft, in the tradition of Heywood Broun, John Reed, I.F. Stone. If what he has seen could be conveyed to all Americans, this ugly war in Iraq would quickly come to an end.” –Howard Zinn