The Ultimate Sacrifice for Peace 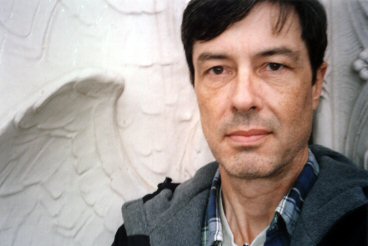 The press has almost completely blacked out this news in mainstream press. A long time Chicago activist, artist and contributer to the Chicago jazz scene has burned himself alive in an act of protest against the iraq war. He is only one of 10 Americans in history to have done this. Buddist monks did this during the VietNam war. On Friday, November 3, a man doused his body with gasoline and set himself afire to protest the war in Iraq. He died quietly in flames. His name was Malachi Ritscher.

Haven’t seen it in the news? Me neither, which is kind of strange if you ask me, considering that it happened right here in downtown Chicago in front of hundreds of commuters during morning rush hour. The only conventional newspaper coverage to date was a tiny paragraph that appeared in the Saturday edition of the Chicago Sun-Times. Since then…nothing.

This becomes an even more remarkable story when a little Web search reveals a tribute from a friend of his that makes note of Malachi’s final words. Here is a brief excerpt from the latter:

I too love God and Country, and feel called upon to serve. I can only hope my sacrifice is worth more than those brave lives thrown away when we attacked an Arab nation under the deception of ‘Weapons of Mass Destruction’. Our interference completely destroyed that country, and destabilized the entire region. Everyone who pays taxes has blood on their hands.

I have had one previous opportunity to serve my country in a meaningful way – at 8:05 one morning in 2002 I passed Donald Rumsfeld on Delaware Avenue and I was acutely aware that slashing his throat would spare the lives of thousands, if not hundreds of thousands, of innocent people. I had a knife clenched in my hand, and there were no bodyguards visible; to my deep shame I hesitated, and the moment was past.

The violent turmoil initiated by the United States military invasion of Iraq will beget future centuries of slaughter, if the human race lasts that long. First we spit on the United Nations, then we expect them to clean up our mess. Our elected representatives are supposed to find diplomatic and benevolent solutions to these situations. Anyone can lash out and retaliate, that is not leadership or vision. Where is the wisdom and honor of the people we delegate our trust to?

To the rest of the world we are cowards – demanding Iraq to disarm, and after they comply, we attack with remote-control high-tech video-game weapons. And then lie about our reasons for invading. We the people bear complete responsibility for all that will follow, and it won’t be pretty.

Here is the statement I want to make: if I am required to pay for your barbaric war, I choose not to live in your world. I refuse to finance the mass murder of innocent civilians, who did nothing to threaten our country. I will not participate in your charade – my conscience will not allow me to be a part of your crusade. There might be some who say “it’s a coward’s way out” – that opinion is so idiotic that it requires no response. From my point of view, I am opening a new door.