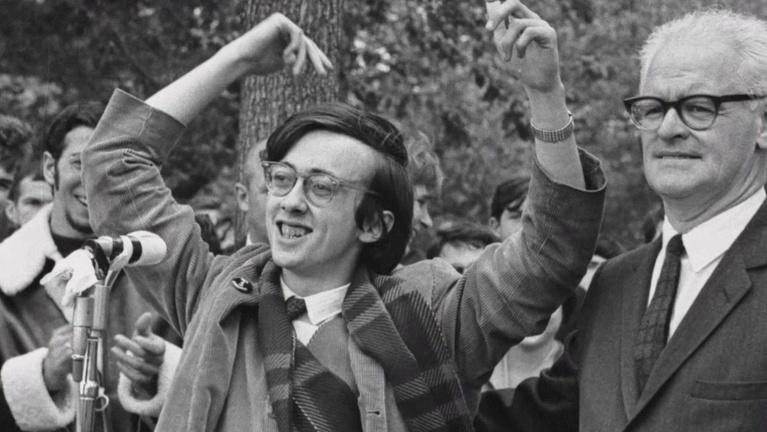 Under the Ground: The Story of Liberation News Service, an 80-minute documentary film produced by Dorothy Dickie for Rhode Island PBS, has won a major national award – the National Educational Telecommunications Award or NETA for Best Cultural Documentary at the 53rd Annual Public Media Awards.

According to Rhode Island PBS, “this year’s unprecedented number of entries were judged by a group of expert panelists from within the public media system, as well as industry professionals working outside of public media.” Entries came from throughout the country.

The documentary tells the story of Liberation News Service which served underground newspapers and other alternative news outlets with news stories, feature articles, art, and photography between 1967 and 1981. LNS played a major – and underrecognized – role in those tumultuous times.

The New Journalism Project, a Texas 501(c)(3) that publishes The Rag Blog, co-sponsors Rag Radio, and published the books, Celebrating The Rag (2016), and Exploring Space City! (2021) is associate producer of Under the Ground and Austin residents (and alternative media veterans) Thorne Dreyer, Alice Embree, James Retherford, and Jim Hightower appear in the film. In fact, the movie opens with a scene from Rag Radio featuring Dreyer interviewing Hightower about the importance of LNS and the underground press. Dreyer was an editor at LNS in the early ‘70s.

Under the Ground tells the history of LNS through 30 live interviews with former staffers and other underground (and overground) journalists and activists — and with exciting footage of momentous events including the massive march on the Pentagon in 1967 and the sit-ins and occupation of buildings at Columbia University in 1968, both covered extensively by LNS. And it tells the sometimes tumultuous history of LNS with stories from those who were there.

Dorothy Dickie has produced and directed children’s, science, history, cultural, public affairs and documentary programming for broadcasters in Canada and the U.S. for over 20 years. Her work has been recognized with a National Emmy and a Peabody Award. Under the Ground is her first independent feature-length documentary.

For more information about the film, see “Under the Ground: The Story of Liberation News Service” by Thorne Dreyer  on The Rag Blog, March 24, 2020.

[Thorne Dreyer, is an Austin-based writer, editor, broadcaster, and activist. He was a founding editor of the original Rag in 1966 Austin and Space City! in Houston. He was a programmer at and general manager of KPFT-FM, Houston’s Pacifica radio station and he now edits The Rag Blog, hosts Rag Radio, and is a director of the New Journalism Project. His book Making Waves: The Rag Radio Interviews, will be released by the Briscoe Center for American History through the University of Texas Press in May 2022. Contact Dreyer at editor@theragblog.com.]