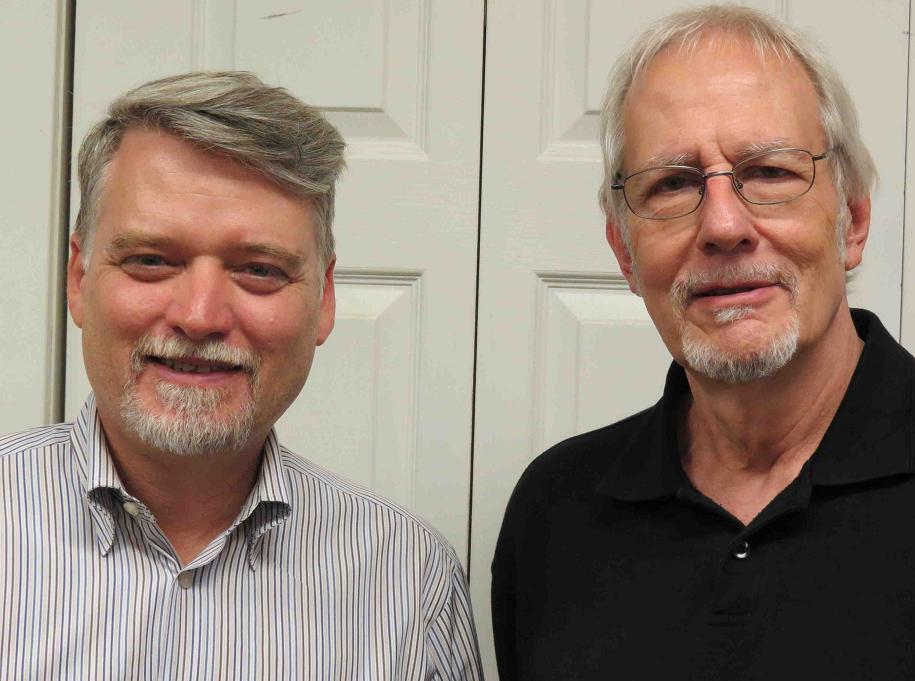 Chris Tomlinson, left, with Rag Radio host Thorne Dreyer in the studios of KOOP-FM in Austin. Photo by Roger Baker / The Rag Blog.

Download the podcast of our July 18, 2014, Rag Radio interview with Chris Tomlinson here, or listen to it on the player below.

Award-winning journalist Chris Tomlinson is the author of Tomlinson Hill: The Remarkable Story of Two Families who Share the Tomlinson Name – One White, One Black. Chris, an Austin resident, is the business columnist for the Houston Chronicle. As a reporter and war correspondent for the Associated Press, Tomlinson covered the end of apartheid in South Africa and has reported from 50 countries and nine war zones, including Rwanda, Somalia, Lebanon, Afghanistan, and Iraq.

Already being called a masterpiece of authentic American history, Tomlinson Hill traces two Tomlinson family lines back to a slave plantation that bears their names — and in the process unflinchingly explores the history of race and bigotry in Texas. Former NFL MVP LaDainian Tomlinson wrote the foreword to the book. Tomlinson Hill is also the basis for a documentary film airing on PBS and an interactive web project called “Voice of Marlin” which stores oral histories collected in developing the book. More about all three projects can be found at TomlinsonHill.com.

Download the podcast of our July 25, 2014, Rag Radio interview with Chris Tomlinson here, or listen to it on the player below. 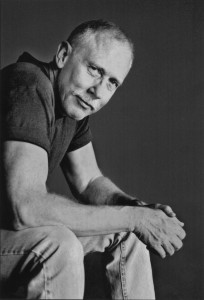 In our interview with California-based writer and photojournalist David Bacon, we discuss the current border crisis, the detention of children from Central America, and the way it has been manipulated politically by the Tea Party and the right wing. We address why people are coming here from Central America and the historical role of U.S. policies in bringing about this crisis — from the war, through the sweatshop economy and CAFTA, to the policy of mass deportations that transferred the gang culture from Los Angeles — and much more.

David Bacon’s writing appears regularly in major publications and his photography has been exhibited internationally. He is the author of The Right to Stay Home: How US Policy Drives Mexican Migration and Illegal People: How Globalization Creates Migration and Criminalizes Immigrants.

For 20 years, Bacon was a laborer and labor organizer for unions in which immigrant workers made up a large percentage of the membership. His work gave him a unique insight into changing conditions in the workforce, the impact of the global economy and migration, and how these factors influence the struggle for workers’ rights.