Tim Wise : Palin, Obama and the Reality of White Privilege 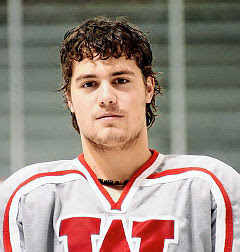 White privilege: Levi Johnston , Bristol Palin’s boyfriend — who calls himself a ‘fuckin’ redneck — is considered an ‘all-American’ boy.
This is Your Nation on White Privilege
By Tim Wise / September 13, 2008

For those who still can’t grasp the concept of white privilege, or who are constantly looking for some easy-to-understand examples of it, perhaps this list will help.

White privilege is when you can get pregnant at seventeen like Bristol Palin and everyone is quick to insist that your life and that of your family is a personal matter, and that no one has a right to judge you or your parents, because “every family has challenges,” even as black and Latino families with similar “challenges” are regularly typified as irresponsible, pathological and arbiters of social decay.

White privilege is when you can call yourself a “fuckin’ redneck,” like Bristol Palin’s boyfriend does, and talk about how if anyone messes with you, you’ll “kick their fuckin’ ass,” and talk about how you like to “shoot shit” for fun, and still be viewed as a responsible, all-American boy (and a great son-in-law to be) rather than a thug.

White privilege is when you can attend four different colleges in six years like Sarah Palin did (one of which you basically failed out of, then returned to after making up some coursework at a community college), and no one questions your intelligence or commitment to achievement, whereas a person of color who did this would be viewed as unfit for college, and probably someone who only got in in the first place because of affirmative action.

White privilege is when you can claim that being mayor of a town smaller than most medium-sized colleges, and then Governor of a state with about the same number of people as the lower fifth of the island of Manhattan, makes you ready to potentially be president, and people don’t all piss on themselves with laughter, while being a black U.S. Senator, two-term state Senator, and constitutional law scholar, means you’re “untested.”

White privilege is being able to say that you support the words “under God” in the pledge of allegiance because “if it was good enough for the founding fathers, it’s good enough for me,” and not be immediately disqualified from holding office–since, after all, the pledge was written in the late 1800s and the “under God” part wasn’t added until the 1950s–while believing that reading accused criminals and terrorists their rights (because, ya know, the Constitution, which you used to teach at a prestigious law school requires it), is a dangerous and silly idea only supported by mushy liberals.

White privilege is being able to be a gun enthusiast and not make people immediately scared of you.

White privilege is being able to have a husband who was a member of an extremist political party that wants your state to secede from the Union, and whose motto was “Alaska first,” and no one questions your patriotism or that of your family, while if you’re black and your spouse merely fails to come to a 9/11 memorial so she can be home with her kids on the first day of school, people immediately think she’s being disrespectful.

White privilege is being able to make fun of community organizers and the work they do–like, among other things, fight for the right of women to vote, or for civil rights, or the 8-hour workday, or an end to child labor–and people think you’re being pithy and tough, but if you merely question the experience of a small town mayor and 18-month governor with no foreign policy expertise beyond a class she took in college–you’re somehow being mean, or even sexist.

White privilege is being able to convince white women who don’t even agree with you on any substantive issue to vote for you and your running mate anyway, because all of a sudden your presence on the ticket has inspired confidence in these same white women, and made them give your party a “second look.”

White privilege is being able to fire people who didn’t support your political campaigns and not be accused of abusing your power or being a typical politician who engages in favoritism, while being black and merely knowing some folks from the old-line political machines in Chicago means you must be corrupt.

White privilege is being able to attend churches over the years whose pastors say that people who voted for John Kerry or merely criticize George W. Bush are going to hell, and that the U.S. is an explicitly Christian nation and the job of Christians is to bring Christian theological principles into government, and who bring in speakers who say the conflict in the Middle East is God’s punishment on Jews for rejecting Jesus, and everyone can still think you’re just a good church-going Christian, but if you’re black and friends with a black pastor who has noted (as have Colin Powell and the U.S. Department of Defense) that terrorist attacks are often the result of U.S. foreign policy and who talks about the history of racism and its effect on black people, you’re an extremist who probably hates America.

White privilege is not knowing what the Bush Doctrine is when asked by a reporter, and then people get angry at the reporter for asking you such a “trick question,” while being black and merely refusing to give one-word answers to the queries of Bill O’Reilly means you’re dodging the question, or trying to seem overly intellectual and nuanced.

White privilege is being able to claim your experience as a POW has anything at all to do with your fitness for president, while being black and experiencing racism is, as Sarah Palin has referred to it a “light” burden.

And finally, white privilege is the only thing that could possibly allow someone to become president when he has voted with George W. Bush 90 percent of the time, even as unemployment is skyrocketing, people are losing their homes, inflation is rising, and the U.S. is increasingly isolated from world opinion, just because white voters aren’t sure about that whole “change” thing. Ya know, it’s just too vague and ill-defined, unlike, say, four more years of the same, which is very concrete and certain…

White privilege is, in short, the problem.

Tim Wise is the author of White Like Me: Reflections on Race from a Privileged Son, and Affirmative Action: Racial Preference in Black and White. He has contributed essays to seventeen books, and is one of several persons featured in White Men Challenging Racism: Thirty-Five Personal Stories, from Duke University Press. A collection of his essays, Speaking Treason Fluently: Anti-Racist Reflections From an Angry White Male, will be released in fall 2008.

25 Responses to Tim Wise : Palin, Obama and the Reality of White Privilege