The Islamic State wants the Americans to bomb and invade its territory because foreign aggression is the surest way to unite all Sunni factions. 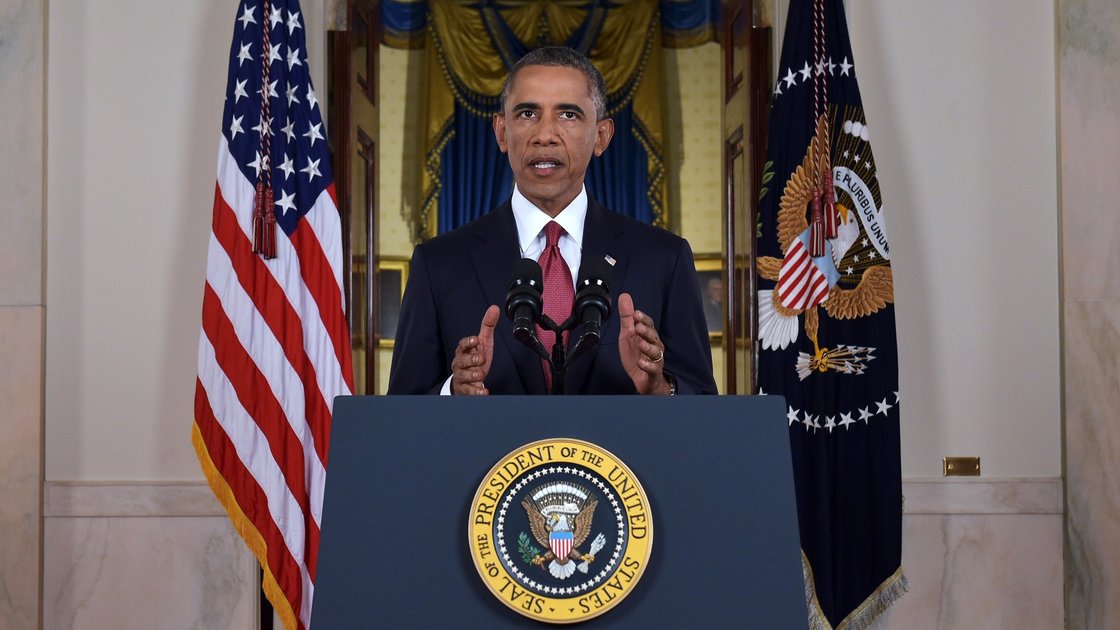 A disturbing omission in President Obama’s proposed Iraq War speech was its lack of an exit strategy. Spokesmen for the White House and Pentagon speak of the mission taking years beyond Obama’s tenure.

Once again our country has been invited to support the “long war” doctrine outlined by key Pentagon officials as lasting 50 to 80 years. This long war is probably both unwinnable and unaffordable, but no president and few politicians have the political willingness to acknowledge failure and end it.

So they escalate just enough to pass it along to their successor. It’s war on an installment plan.

As to blame, the current crisis is not due to President Obama’s “premature” withdrawal or short-sightedness by the anti-war movement. It’s the direct consequence of the U. S policy of abandoning the Sunni population of Iraq to a sectarian, oppressive Shiite regime in Baghdad, which we armed, funded, and installed in power.

The Baghdad regime built by the Bush and Obama administrations is an ally of Iran and a mortal enemy of the Sunnis, who previously were the privileged class under Saddam Hussein. It’s no accident that the Shiites would take revenge against the Sunnis. The only question is why we maintained the illusions of “pluralism” and “democracy” while the ethnic cleansing of the Sunni population went on under our gaze.

The disenfranchisement of the Sunnis led to the sweeping military counterattack by the Islamic State and elements of Iraq’s former Baath Party. They cannot be stopped by the Shiites, even with U.S. air power. Nor are they likely to be stopped by tinkering with Baghdad politics and rhetoric about token “inclusion.” Only a grant of virtual autonomy to the Sunnis, similar to the autonomy of Iraqi Kurdistan, will provide for the representation, security, and power-sharing that Sunnis need in a new confederated and pluralistic state.

The Islamic State grew from the U.S.-funded dungeons in Anbar Province.

The Islamic State (also known as ISIS) grew from the U.S.-funded dungeons in Anbar Province, just as its predecessor, al Qaeda, arose before in the same desert region. There is a key difference between those Sunnis who seek an autonomous role within a new Iraq and those who are fighting for a religious Caliphate in which all borders disappear.

Those Western officials who want to preserve an Iraqi national state must pay attention to this fundamental ideological difference among the Sunnis and make substantial concessions as rapidly as possible. Otherwise, the future is one of a sectarian civil war in which the American people have no interest.

The Islamic State offensive is also made possible by Syria having become a vast rear base for the insurgency in Iraq. That rear base is made possible by years of Sunni resistance to the minority Alawite regime in Damascus. While calling for the end of the Assad tyranny, the United States has been ambiguous about its desire to overthrow the Assad regime. As a result, the Islamic State has gained power in Syria in a factional proxy war against other anti-Assad elements supported by the West.

The demise of Syrian President Bashar al-Assad might divide the ranks of the insurgency.

The demise of Syrian President Bashar al-Assad might divide the ranks of the insurgency between those who demand a change in the Syrian state and those who wish to impose a Caliphate without borders, erasing Syria and Iraq in the process.

Too much commentary has been spent on the violent threat suddenly posed by the Islamic State and virtually none on the question of how to confront the Islamic State at its core political weakness: its rise to preposterous claims of being the new center of the entire Muslim world. That claim to legitimacy is rejected by millions of Sunnis in multiple states, and will lead to internal differences which will weaken the Islamic State from within.

The reason that the Islamic State wants the Americans and the West to bomb and invade its territory is that they know that foreign aggression is the surest way to unite all Sunni factions.

So what should Obama be asked to consider?

1) To seek congressional authorization and the widest possible policy debate. Do not go it alone. While claiming sole authority in his speech, the president left the door open to serious Congressional debate, especially if he seeks funding for his plan. Nothing might be more helpful than serious hearings and debate. No matter the outcome, the pubic will be drawn into making choices.

Even if the war is authorized, Congress can debate important conditions: what timelines, whether to fund the one side of a sectarian civil war, or to fight without support from a majority of Islamic countries, among them. Congress can begin by enforcing the Leahy law barring U.S. assistance to any military units committing human rights violations.

2) The president should state, over and over, that there is no military solution. That is a red line which will be tested by the steady introduction of more American “advisers” in zones of combat. Already at least 1,500 have arrived and their numbers will grow if the Humpty-Dumpty Baghdad regime continues to crack.

3) He should acknowledge that any “boots on the ground” should be Sunni and supported across the Arab world. If that coalition is unwilling, U.S. policy will crater or US troops will be dispatched.. There was no announcement of such allied support in the speech, but it’s too early to tell.

4) To conduct aggressive diplomacy at the United Nations, especially including contacts with Iran and Russia.

Above all, remember that the U.S. purpose in Iraq was to “disrupt, degrade and derail” al Qaeda — yet, and after killing thousands of people, the network not only exists but has spread far across the Middle East and North Africa. Oddly, the president gave Yemen and Somalia as examples. Both countries are the scenes of savage, tribal and sectarian conflicts where the American secret war is reviled.

Obama is wrong in asserting that America’s domestic agenda can move forward despite U.S. involvement in multiple battlefields. The greatest tragedy of this conflict is that it will undermine “nation-building at home.”

[Rag Blog contributor Tom Hayden, who served in the California Legislature for nearly two decades, was a leader of Sixties peace, justice, and environmental movements. Hayden, who is the author of 20 books and is an enduring progressive voice, is director of the Peace and Justice Resource center and editor of The Democracy Journal.]

1 Response to Tom Hayden :
Where is Obama’s exit strategy?