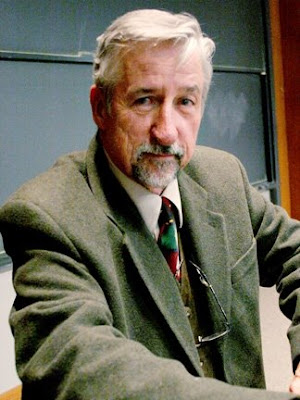 [This is a fine article by Tom Hayden, SDS co-founder, primary author of The Port Huron Statement and now California state senator, on his return trip to Vietnam. I recommend it highly. Thorne Dreyer, The Rag Blog.]

The Old Revolutionaries of Vietnam
By Tom Hayden / The Nation

Tom Hayden was cleared of conspiracy charges after leading anti-Vietnam War protests at the 1968 Democratic convention, and he directed the Indochina Peace Campaign from 1972 to ’75. He taught classes on Indochina in 1971 and on the Iraq War in 2007, both at Pitzer College.

During Christmas 2007 I traveled back in time with my family, to Vietnam, for the first time in thirty-two years. I was feeling a deep need to see the place once more, a regret at having withdrawn from a country I had visited four times during the war. I wanted to understand the long-term lessons and, on a personal basis, track down the Vietnamese guides and translators, men and women, who assumed an ideological faith in the American “people” they escorted through ruins inflicted by the American “enemy.” They would become important diplomatic bridges between our two countries in the postwar period. Most were survivors of the French and American wars and would be in their 80s by now.

Were they still alive? How had they suffered? After the exuberance at their victory and reunification after 1975, how had they adjusted to a Vietnam without war? Vietnam’s consul in San Francisco, Chau Do, said many of these old revolutionaries were alive, excited by my return and inquiring whom I wanted to see. I told him that my closest Vietnamese friend was a poet, musician and translator, Do Xuan Oanh, who was perhaps 40 in those days. “I can help you find him,” Chau replied with a smile. “He’s my dad.” My eyes filled with tears. It would be quite a trip.

Before I would reunite with these old friends and contacts, however, I plunged into the shocking contrasts between past and present in Hanoi. Between Christmas 1965 and November 1972, when I made four unauthorized visits to Hanoi, the wartime city was unlit and ghostly. Most people had been evacuated to the countryside. Air-raid sirens and public-safety broadcasts were the only urban sounds.

There was no economic development beyond the construction of pontoon bridges to replace bridges bombed by the Americans. The only motorized vehicles were military ones. Most residents rode bicycles or carried their meager wares on bamboo poles across their shoulders. Water buffalo pulled the heavier loads. To outward appearances, Gen. Curtis LeMay’s plan to bomb Vietnam back to the Stone Age was on track.

Finally came the Christmas bombing of Hanoi and Haiphong by 200 B-52s, from December 18 to December 28, 1972. The United States says that fifteen of the giant Stratofortresses were shot down and ninety-three American airmen went missing before the bombing ended (Hanoi says thirty-four B-52s and eighty-one fighter planes were put out of action). Estimates of civilian deaths range from 1,600 to 2,368 in those eleven days, and Hanoi listed 5,480 buildings destroyed. In the American narrative, the Christmas bombing forced Hanoi to sign the Paris peace agreement one month later.

But under terms agreed to by the Nixon Administration, North Vietnamese units remained positioned in the south, and in 1975 they stormed Saigon. What is beyond dispute is that crowded Hanoi neighborhoods and the Bach Mai hospital were reduced to rubble during the Christmas B-52 raids. The last time I had seen Hanoi was in 1974, when Jane Fonda and I walked through the hospital debris and interviewed still-furious victims of the Christmas 1972 bombs.

California Senator Tom Hayden, the Nation Institute’s Carey McWilliams Fellow, has played an active role in American politics and history for over three decades, beginning with the student, civil rights and antiwar movements of
the 1960s.

“Tom Hayden changed America,” wrote Nicholas Lemann, national correspondent for The Atlantic, of Hayden’s role in the 1960s. Richard Goodwin, former speechwriter for John Kennedy and Lyndon Johnson, said that Hayden, “without even knowing it, inspired the Great Society.”

Hayden was elected to the California State Legislature in 1982, where he served for ten years in the Assembly before being elected to the State Senate in 1992, where he served eight years. Hayden has been described as “the conscience of the Senate” by columnist Dan Walters of the Sacramento Bee, and as “the liberal rebel” by George Skelton of the Los Angeles Times. “He has carved out a key watchdog role,” according to the San Francisco Chronicle.

He is author of over 175 measures ranging from reform of money in politics, worker safety, school decentralization, small business tax relief, domestic violence, lessening gang violence in the inner city, stopping student fee increases at universities, protecting endangered species like salmon, overhauling three strikes, you’re out laws, and a measure signed into law that will assist Holocaust survivors in receiving recognition and compensation for having been exploited as slave labor during the Nazi era.

Hayden is the author of eleven books, including his autobiography, Reunion; a book on the spirituality and the environment, Lost Gospel of the Earth; a collection of essays on the aftermath of the Irish potato famine, Irish Hunger (Roberts Rhinehart) and a book on his Irish background, Irish on the Inside: In Search of the Soul of Irish America (Verso); Radical Nomad, a biography of C. Wright Mills (Paradigm Publishers); and, most recently, Ending the War in Iraq (2007). A collection of his work, Writings for a Democratic Society: The Tom Hayden Reader was published this year .

This entry was posted in RagBlog and tagged Peace Movement, SDS, Sixties, The Left, Vietnam. Bookmark the permalink.