Undemocratic and Dangerous to American Women 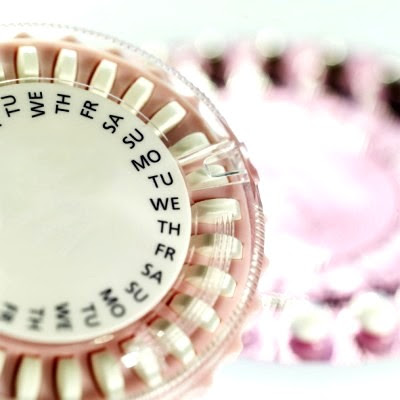 I got an e-mail from a friend who said that anyone who tries to convince another person not to practice birth control, or refuses to provide or fill a prescription for a birth control pill, should have to adopt 4 orphans. She figures it would sure turn them around pretty quick, in supporting such a decision. To me, it seems quite impossible to ‘abort’ something that never existed. The egg isn’t aborted; it just is never produced. The sperm goes on its merry way unaffected.

I sent that article to probably 60 people (most were women), and what a pile of mail I had in my in-box – all were stunned, and I truly hope this insane bill isn’t put into law.

This is the one time I hope ‘politics’ and ‘political careers’ that might be on the line, will cause Bush’s attempt to be shot down, because I doubt if there will be very many female voters who’d appreciate having this bill passed, and on top of it, a reversal of Roe versus Wade. If they want to get the women of this country fired up, this will do it.

The Bush administration has consistently opposed providing funding for international birth control programs, but until now has not tried to limit the use of contraceptives inside the United States.

That could change in the president’s final months in office. Health and Human Services officials are considering a draft regulation that would classify most birth control pills, the Plan B emergency contraceptive and intrauterine devices as forms of abortion because they prevent the development of fertilized eggs into fetuses.

The rule, which does not require congressional approval, would allow health care workers who object to abortion on moral or religious grounds to refuse to counsel women on their birth control options or supply contraceptives. It would forbid more than half a million health agencies nationwide that receive federal funds from requiring employees to provide such services. Pharmacists could use the rule as a justification for refusing to fill birth control prescriptions, and insurance companies could cite it as a basis for declining to cover the costs.

An existing regulation allows health care providers with objections to abortion to abstain from providing it to patients. By extending the definition of abortion to cover contraceptives, federal officials are attempting to create by administrative fiat what would fail by a wide margin in Congress.

In fact, the draft rule could void laws in 27 states that require insurance companies to provide birth control coverage for women requesting it. The rule also could counter laws in 14 states requiring that rape victims receive counseling and access to emergency, day-after contraceptives. It would also require federal agencies and states to provide funds for sham family planning clinics that provide women only abstinence counseling.

The enactment of such rules would have an immediate impact in Southeast Texas, where state health officials estimate more than half a million women are in need of affordable family planning services. Rochelle Tafolla, a spokeswoman for Planned Parenthood of Houston and Southeast Texas Inc., warns that enactment of the regulation would endanger women’s health.

According to Tafolla, “In a time when more and more families are uninsured and feeling the financial strain of a bad economy, it’s pretty incredible that the Bush administration is actually trying to put up roadblocks for women trying to access basic health care.” Planned Parenthood strongly opposes the proposed rule “and will be fighting to preserve women’s access to health care information.”

Planned Parenthood is not alone in its opposition. The American Medical Association, the American College of Obstetricians and Gynecologists and a bipartisan group of 112 members of Congress have weighed in against the draft regulation.

Democratic presidential candidate Barack Obama has signed a letter of protest written by a group of U.S. senators. (Republican candidate John McCain has not taken a position.)

Health and Human Services officials issued a statement claiming the regulation would not alter existing rules and is simply designed to protect health care workers from discrimination based on their views of certain medical procedures. That ignores the fact that defining some forms of contraception as abortion is a radical departure from the status quo.

As with a spate of administrative regulations undermining environmental enforcement that the administration has pushed as its time in office grows short, this one is a payoff to social conservatives who oppose abortion and contraception. Since polls show that an overwhelming percentage of the American people support birth control, such backdoor tactics are the only way such restrictions could be considered, let alone enacted.

Justifying these draft rules as an anti-discrimination measure would be laughable, if it weren’t so undemocratic and dangerous to American women. If HHS Secretary Michael Leavitt is irresponsible enough to approve the regulation, Congress and the next president should make sure it is short-lived.

This entry was posted in RagBlog and tagged Abortion Rights, American Society. Bookmark the permalink.

1 Response to Undemocratic and Dangerous to American Women