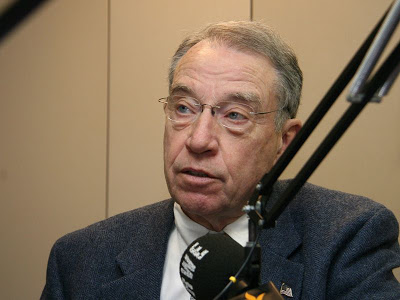 [Sen.] Grassley claims that [Karen] Wagner got more than $160,000 from GlaxoSmithKline over five years, and she only reported $600 to the university… [while] she was working on a big study of Glaxo’s antidepressant Paxil…

Yet another academic researcher is under scrutiny, thanks to Sen. Charles Grassley.

The Department of Health and Human Services Inspector General is probing Karen Wagner, a researcher with the University of Texas [UT Medical Branch at Galveston], after the senator raised questions about her acceptance of payments from drugmakers. Had she properly disclosed all her financial connections with pharma? Grassley asked back in September. Then, last Tuesday, Grassley reported Wagner to the IG, the Dallas Morning News reports.

UT officials say Wagner has been under investigation for about two weeks, and that she’s continuing to work throughout the probe. UT’s Board of Regents has also been notified. “We’ve taken all reasonable steps and will continue to do so,” Vice Chancellor Barry Bergdorf told the News. The fact that Grassley made the report to the inspector general “is probably of concern to Dr. Wagner,” he added.

Grassley has put a spotlight on relationships between drugmakers and academia (not to mention drugmakers and doctors, drugmakers and medical societies, drugmakers and [fill in the blank]…). In this case, Grassley claims that Wagner, director of child and adolescent psychiatry at UT Medical Branch in Galveston, got more than $160,000 from GlaxoSmithKline over five years, and she only reported $600 to the university.

Over the same period, she was working on a big study of Glaxo’s antidepressant Paxil — a study that later caught plenty of flak for allegedly accentuating the positive and downplaying risks of suicidal thoughts and behavior.

This entry was posted in RagBlog and tagged Big Pharma, Campuses, Galveston, Medical Research, University of Texas. Bookmark the permalink.