We Must Also Save Ourselves from Ourselves 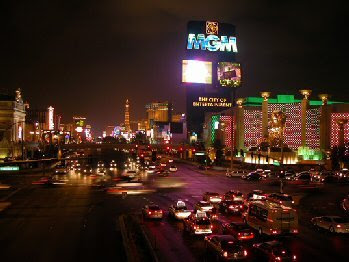 The Epitome of Conspicuous Consumption
The Gospel of Consumption
by Jeffrey Kaplan / May 3, 2008

Private cars were relatively scarce in 1919 and horse-drawn conveyances were still common. In residential districts, electric streetlights had not yet replaced many of the old gaslights. And within the home, electricity remained largely a luxury item for the wealthy.

But despite the apparent tidal wave of new consumer goods and what appeared to be a healthy appetite for their consumption among the well-to-do, industrialists were worried. They feared that the frugal habits maintained by most American families would be difficult to break. Perhaps even more threatening was the fact that the industrial capacity for turning out goods seemed to be increasing at a pace greater than people’s sense that they needed them.

It was this latter concern that led Charles Kettering, director of General Motors Research, to write a 1929 magazine article called “Keep the Consumer Dissatisfied.” He wasn’t suggesting that manufacturers produce shoddy products. Along with many of his corporate cohorts, he was defining a strategic shift for American industry-from fulfilling basic human needs to creating new ones.

In a 1927 interview with the magazine Nation’s Business, Secretary of Labor James J. Davis provided some numbers to illustrate a problem that the New York Times called “need saturation.” Davis noted that “the textile mills of this country can produce all the cloth needed in six months’ operation each year” and that 14 percent of the American shoe factories could produce a year’s supply of footwear. The magazine went on to suggest, “It may be that the world’s needs ultimately will be produced by three days’ work a week.”

Business leaders were less than enthusiastic about the prospect of a society no longer centered on the production of goods. For them, the new “labor-saving” machinery presented not a vision of liberation but a threat to their position at the center of power. John E. Edgerton, president of the National Association of Manufacturers, typified their response when he declared: “I am for everything that will make work happier but against everything that will further subordinate its importance. The emphasis should be put on work-more work and better work.” “Nothing,” he claimed, “breeds radicalism more than unhappiness unless it is leisure.”

By the late 1920s, America’s business and political elite had found a way to defuse the dual threat of stagnating economic growth and a radicalized working class in what one industrial consultant called “the gospel of consumption”-the notion that people could be convinced that however much they have, it isn’t enough. President Herbert Hoover’s 1929 Committee on Recent Economic Changes observed in glowing terms the results: “By advertising and other promotional devices . . . a measurable pull on production has been created which releases capital otherwise tied up.” They celebrated the conceptual breakthrough: “Economically we have a boundless field before us; that there are new wants which will make way endlessly for newer wants, as fast as they are satisfied.”

Today “work and more work” is the accepted way of doing things. If anything, improvements to the labor-saving machinery since the 1920s have intensified the trend. Machines can save labor, but only if they go idle when we possess enough of what they can produce. In other words, the machinery offers us an opportunity to work less, an opportunity that as a society we have chosen not to take. Instead, we have allowed the owners of those machines to define their purpose: not reduction of labor, but “higher productivity”-and with it the imperative to consume virtually everything that the machinery can possibly produce.

FROM THE EARLIEST DAYS of the Age of Consumerism there were critics. One of the most influential was Arthur Dahlberg, whose 1932 book Jobs, Machines, and Capitalism was well known to policymakers and elected officials in Washington. Dahlberg declared that “failure to shorten the length of the working day . . . is the primary cause of our rationing of opportunity, our excess industrial plant, our enormous wastes of competition, our high pressure advertising, [and] our economic imperialism.” Since much of what industry produced was no longer aimed at satisfying human physical needs, a four-hour workday, he claimed, was necessary to prevent society from becoming disastrously materialistic. “By not shortening the working day when all the wood is in,” he suggested, the profit motive becomes “both the creator and satisfier of spiritual needs.” For when the profit motive can turn nowhere else, “it wraps our soap in pretty boxes and tries to convince us that that is solace to our souls.”

There was, for a time, a visionary alternative. In 1930 Kellogg Company, the world’s leading producer of ready-to-eat cereal, announced that all of its nearly fifteen hundred workers would move from an eight-hour to a six-hour workday. Company president Lewis Brown and owner W. K. Kellogg noted that if the company ran “four six-hour shifts . . . instead of three eight-hour shifts, this will give work and paychecks to the heads of three hundred more families in Battle Creek.”

This was welcome news to workers at a time when the country was rapidly descending into the Great Depression. But as Benjamin Hunnicutt explains in his book Kellogg’s Six-Hour Day, Brown and Kellogg wanted to do more than save jobs. They hoped to show that the “free exchange of goods, services, and labor in the free market would not have to mean mindless consumerism or eternal exploitation of people and natural resources.” Instead “workers would be liberated by increasingly higher wages and shorter hours for the final freedom promised by the Declaration of Independence-the pursuit of happiness.”

Read all of it here. / Common Dreams / Onion Magazine