Why Can We Not Do Something About Poverty? 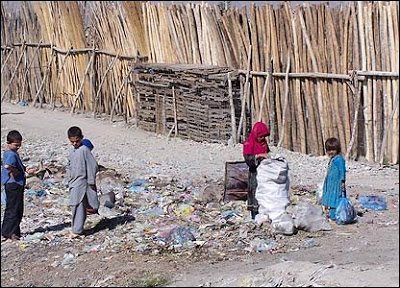 The World Bank has warned that world poverty is much greater than previously thought.

It has revised its previous estimate and now says that 1.4 billion people live in poverty, based on a new poverty line of $1.25 per day.

This is substantially more than its earlier estimate of 985 million people living in poverty in 2004.

The Bank has also revised upwards the number it said were poor in 1981, from 1.5 billion to 1.9 billion.

The new estimates suggest that poverty is both more persistent, and has fallen less sharply, than previously thought.

However, given the increase in world population, the poverty rate has still fallen from 50% to 25% over the past 25 years.

“The urgency to act has never been greater, especially in sub-Saharan Africa where half the population of the continent lives in extreme poverty, a figure that hasn’t changed for over 25 years.”

The new figures confirm that Africa has been the least successful region of the world in reducing poverty.

The poor need growth – but it must be distributed more equitably

The number of poor people in Africa doubled between 1981 and 2005 from 200 million to 380 million, and the depth of poverty is greater as well, with the average poor person living on just 70 cents per day.

But in absolute numbers, it is South Asia which has the most poor people, with 595 million, of which 455 million live in India.

China has been most successful in reducing poverty, with the numbers falling by more than 600 million, from 835 million in 1981 to 207 million in 2005. The poverty rate in China has plummeted from 85% to 15.9%, with the biggest part of that drop coming in the past 15 years, when China opened up to Western investment and its coastal regions boomed.

In fact, in absolute terms, China accounts for nearly all the world’s reduction in poverty. In percentage terms, world poverty excluding China fell from 40% to 30% over the past 25 years.

The new figures still suggest that the world will reach its millennium development goal of halving the 1990 level of poverty by 2015, according to World Bank chief economist Justin Lin.

“However the sobering news that poverty is more pervasive than we thought means we must redouble our efforts.”

Oxfam, however, warns that another 100 million people may be forced into poverty by rising food prices, as well as the additional 400 million identified in the new report.

The Bank’s findings come as the OECD has reported that many rich countries have cut back on their foreign aid budgets, with little sign that the pledge made at the G8 summit at Gleneagles in 2005 to double aid to Africa by 2010 is being met.

The World Bank’s new poverty line of $1.25 per day in 2005 is equivalent to its $1 per day poverty line introduced in 1981 after adjustment for inflation. The new estimates are based on 675 household surveys for 116 countries, based on 1.2 million interviews. The data has also been revised on the basis of new data on inflation and prices from the 2005 ICP survey of world prices, which showed that the cost of living in developing countries was higher than previously thought. It does not take into account the recent increases in fuel and food prices.

This entry was posted in RagBlog and tagged Globalization, Poverty, World Economy. Bookmark the permalink.