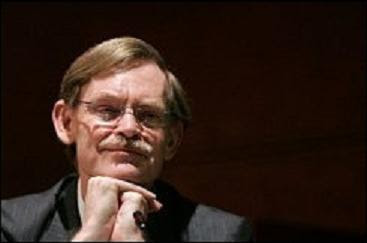 Washington –World economic leaders here this weekend took steps to alleviate the worst financial shock in decades and a food price crisis that is sparking deadly unrest in developing countries.

In three days of meetings that ended Sunday, finance ministers and central bankers grappled with the credit squeeze and inflation emergencies against the backdrop of an apparent US recession and a sharply slowing global economy.

The Group of Seven industrialized countries set the alarmed tone on the eve of the annual spring meetings of the 185-nation International Monetary Fund and its sister institution, the World Bank.

Confronted by what the IMF head says is the worst financial crisis since the 1930s Great Depression, finance chiefs from Britain, Canada, France, Germany, Italy, Japan and the United States decided only greater transparency in the financial system could restore normalcy to the markets.

The G7 endorsed recommendations from an international forum and set for some of them a deadline for implementation unprecedented in its brevity — 100 days.

Recommendation is a “gentle word,” said Bank of Italy governor Mario Draghi, who also chairs the Financial Stability Forum that made the proposals. “In fact some of these recommendations are actually policy decisions.”

The sudden nosedive in the global economy after several years of robust growth “even six months ago would have been unthinkable,” he added.

At the October meetings of the G7, the IMF and World Bank, the market turmoil that had erupted in August from rising defaults in the US high-risk subprime home loan sector was largely viewed as a contained event that did not threaten the broader world economy.

With the credit squeeze still spreading, the IMF recently warned that the US economy, the world’s biggest, was entering a recession and world growth was deteriorating so sharply a global recession was also in view.

The IMF estimated the crisis would cost the global financial system nearly one trillion dollars.

The IMF on Saturday wrapped up its meeting with a call for “strong action and close cooperation” to combat the financial crisis.

“Policymakers should continue to respond to the challenge of dealing with the financial crisis and supporting activity, while making sure that inflation is kept under control,” said the IMF, whose core mission is to promote global financial stability.

“While each country’s situation is different, coherent action must be taken.”

The IMF and World Bank urged efforts to address the food crisis that is stoking violence and political instability, and the longer term needs of development and poverty reduction, the bank’s main function.

“Based on a rough analysis, we estimate that a doubling of food prices over the last three years could potentially push 100 million people in low-income countries deeper into poverty,” World Bank president Robert Zoellick said at the end of the anti-poverty development lender’s meeting Sunday.

“This is not just a question about short-term needs, as important as those are. This is about ensuring that future generations don’t pay a price too.”

Zoellick said the bank’s steering committee had endorsed his proposed “New Deal” for global food policy, similar in scope to a 1930s program under US president Franklin D. Roosevelt to tackle the problems of the Great Depression.

Calling on governments to begin work, Zoellick said: “We have to put our money where our mouth is now so that we can put food into hungry mouths. It’s as stark as that.”


Thanks to Jesse James Retherford / The Rag Blog

This entry was posted in RagBlog and tagged Economy, Poverty, The World, Video. Bookmark the permalink.