You Don’t Need a Weatherman : George Will and Friends Blast McCain Tactics 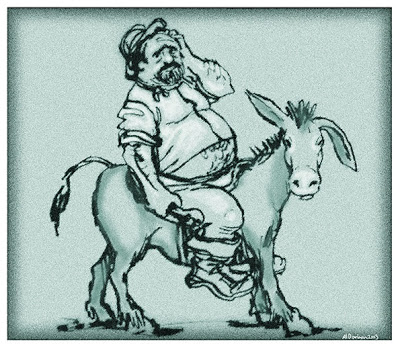 A bit of conservative blowback on the McCain campaign’s impotent strategy of making the final weeks of the election about Barack Obama’s association with former Weather Underground leader Bill Ayers. First up, George Will:

This, McCain and his female Sancho Panza say, is demonstrated by bad associations Obama had in Chicago, such as with William Ayers, the unrepentant terrorist. But the McCain-Palin charges have come just as the Obama campaign is benefiting from a mass mailing it is not paying for. Many millions of American households are gingerly opening envelopes containing reports of the third-quarter losses in their 401(k) and other retirement accounts — telling each household its portion of the nearly $2 trillion that Americans’ accounts have recently shed. In this context, the McCain-Palin campaign’s attempt to get Americans to focus on Obama’s Chicago associations seems surreal — or, as a British politician once said about criticism he was receiving, “like being savaged by a dead sheep.”

David Frum, who has been scathing in his criticism of the Sarah Palin choice, is similarly baffled by the “chummy with terrorists” line of attack. At his National Review blog, Frum unloads on Team McCain (after assuring readers that he will indeed vote for him):

American voters are staggering under the worst financial crisis since at least 1982. Asset values are tumbling, consumer spending is contracting, and a recession is visibly on the way. This crisis follows upon seven years in which middle-class incomes have stagnated and Republican economic management has been badly tarnished. Anybody who imagines that an election can be won under these circumstances by banging on about William Ayers and Jeremiah Wright is … to put it mildly … severely under-estimating the electoral importance of pocketbook issues.

We conservatives are sending a powerful, inadvertent message with this negative campaign against Barack Obama’s associations and former associations: that we lack a positive agenda of our own and that we don’t care about the economic issues that are worrying American voters.