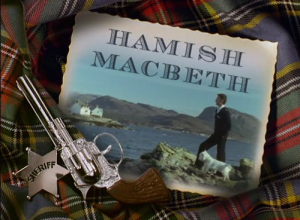 Hamish Macbeth is a Scottish comedy-drama TV series that ran for three seasons (1995-1997) and 20 episodes, 19 of them on Netflix, including this one.  The series was nominated for a BAFTA Best Drama Series award, and star Robert Carlyle was nominated for four Best Actor Awards, winning those from the UK Royal Television Society and the Scottish BAFTAs.

Carlyle plays laid-back, pot-smoking police constable Hamish Macbeth, and the series follows his adventures and those of his very eccentric neighbors and his West Highland terrier, Wee Jock. The series is based on characters from some of the 29 mystery novels (1985-2013) penned by Marion Chesney, writing as M.C. Beaton.

Hamish occasionally bends the rules when it suits him or when it can help some of his fellow townsfolk. He strongly dislikes involvement from (big city) Inverness police, and sometimes his main job doesn’t seem to be the capture of local very petty criminals, but to keep them away from prison and penalties.

A major running theme of the series is the tension caused by Hamish’s attraction to both the journalist of the local newspaper, Isobel Sutherland (Shirley Henderson) and the aristocratic author Alexandra Maclean (Valerie Gogan). Other themes include the clairvoyance of Hamish’s friend and co-worker “TV John” McIver, the not-so-secret romance between the schoolteacher Esme Murray and the shopkeeper Rory Campbell, the volatile marriage of the publican Barney Meldrum and his wife Agnes and the schemes of the two Lachie MacCraes, father and son. 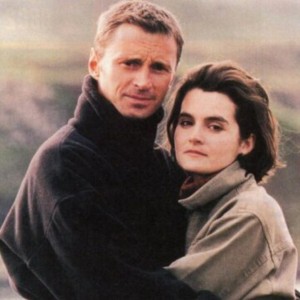 Hamish is a truly unambitious man, but his peaceful life is disrupted throughout the series as he is faced with murders and various misdemeanors in his orderly town. Macbeth solves these crimes in his easygoing Highland style.

The series had a slightly surreal quality to it, drawing on the superstitious natures of some of the characters and the rather eerie beauty of the remote and misty location. Sometimes circumstances warrant creative solutions, including poaching and bribery.

Robert Carlyle won a BAFTA and four other honors for performing in The Full Monty, and he received five other awards and 13 nominations for works including Trainspotting, Cracker, Angela’s Ashes, and in the title role of Hitler: The Rise of Evil. Shirley Henderson has won nine awards and earned 10 nominations in five countries for works including Topsy-Turvy, Filth, American Cousins, and Wilbur Wants to Kill Himself.

This is a charming, funny series; the local characters are very winning; and Henderson and Carlyle (two of my favorite thesps) are wonderful, as always.