Alan Waldman :
TELEVISION | ‘The Detectorists’ is a sly, deadpan Britcom with many unexpected laughs 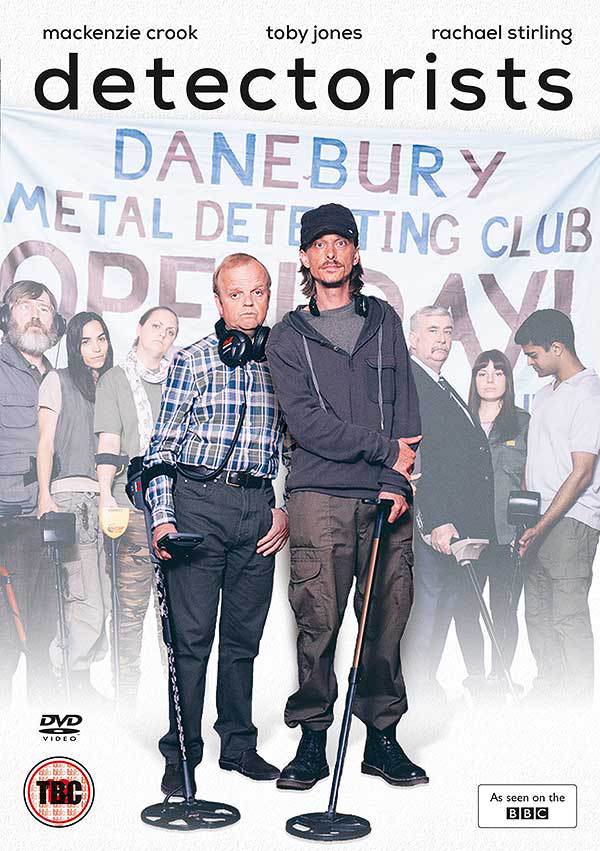 Mackenzie Crook, who performed in the three Pirates of the Caribbean flicks, Game of Thrones, and the original British version of The Office, wrote and directed all 13 episodes of the droll English sitcom The Detectorists, which won the 2015 BAFTA Best Scripted Comedy award. It also garnered his brilliant co-star Toby Jones a 2016 BAFTA Best Comedy Performer nomination and the 2015 Broadcasting Press Guild Best Actor Award. It’s very funny stuff that sneaks up on you from the side.

Crook and Jones play Andy and Lance, two schlemiels who wield their metal detectors across English fields in search of ancient coins but who usually only discover ring pulls from beer and soda cans. They are part of the hapless, seven-person Danebury Metal Detecting Club and they compete with the rival Antiquisearchers, who resemble Simon and Garfunkel.

Andy and Lance learn that a legendary Saxon treasure may be buried beneath a nearby farm, but they require permission from the farmer who is “mad as a frog” and who may have killed his wife and buried her on the property. Romantic, political, and musical complications ensue. Then a buried bomb blows the club president 40 feet into the air.

In season 2, a treasure-seeking German and a lady who has spied on our duo for the Antiquisearchers (now rechristened the “Dirt Sharks”) launch a search for a World War II German plane that crashed nearby, perhaps with a horde of Nazi gold aboard. The search site is owned by the mayor, who has lost his symbolic chain of office at an illicit outdoor sex site, and hizzoner urges detectorists to seek it before his wife discovers its disappearance.

Lance discovers a gold Anglo Saxon art piece, which he gives to the British Museum, but the discovery brings him much bad luck (a “gold curse?”) and he contemplates stealing it back. He also discovers his 22-year-old lost daughter. Meanwhile Andy has romantic travails and a baby, moves to Botswana and returns to be in the middle of much local foolishness and mayhem.

All episodes are available on Netflix Instant streaming and YouTube, such as this one.  More than 98% of the 3,853 people who rated the series at imdb.com (a record) gave it thumbs up, and 35.1% considered it a perfect 10. It was strong with all demographic groups but best with persons age 45 and older.

Andy’s girlfriend/wife Becky is played by Rachel Stirling, who also appeared in Young Victoria, The Bletchley Circle, and Salmon Fishing in the Yemen. Sophie, a student turned spy/detectorist is played by Aimee-Ffion Edwards, whom previously was in Peaky Blinders, Wolf Hall, and Luther.

The series had good critical response. Robert Lloyd of the Los Angeles Times “can’t recommend it enough,” saying: “Like the ordinary lives it magnifies, Detectorists has the air of seeming to be small and immense at once, to be about hardly anything and almost everything. It is full of space and packed with life.” It premiered on Acorn TV.

David Renshaw, writing for Britain’s The Guardian, had particular praise for the “delightful double-act,” Mackenzie Crook and Toby Jones. He pointed to the “biggest ratings BBC4 has ever had for a comedy” as evidence that “Detectorists has clearly struck the sort of gold that Lance and Andy spend hours sweeping the fields for.”