This haunted detective, aided by a deranged former murderess, takes on the most treacherous London criminals. 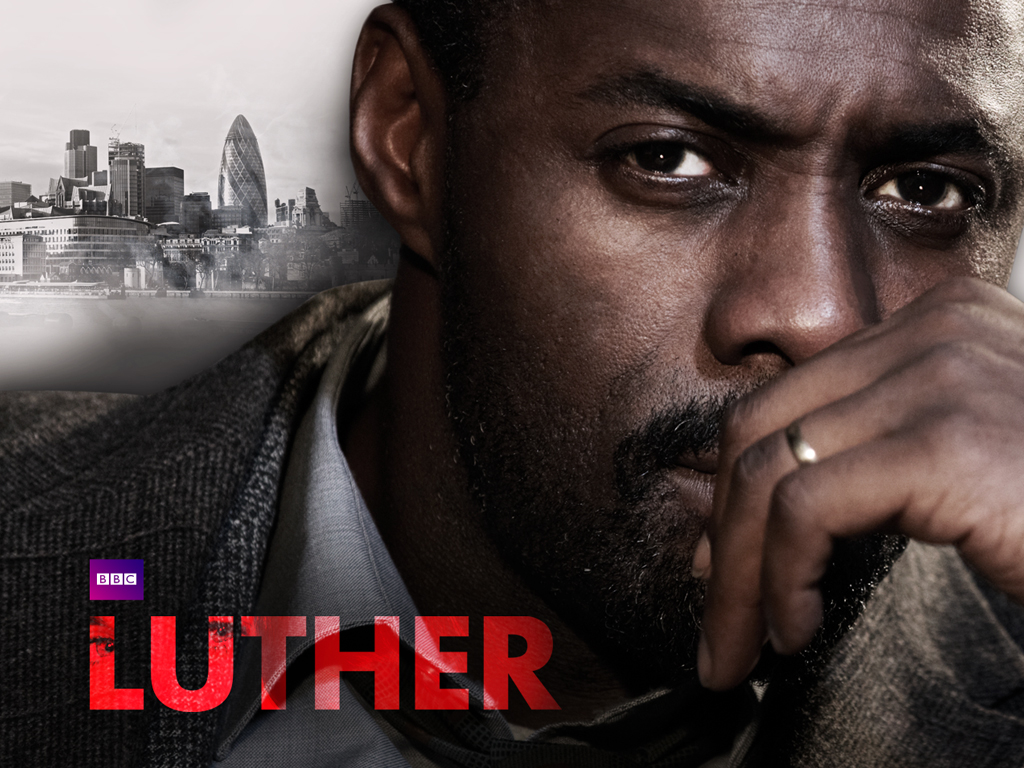 Luther is an innovative British psychological crime drama television series which has aired three seasons and 14 episodes (2010-2013) so far in Britain (two here on BBC America) and has already won eight major awards and 20 nominations (including five for Emmys). Currently, 10 episodes from two seasons, including this one, are on Netflix and Netflix Instant streaming.

In Luther, near-genius murder Detective Chief Inspector John Luther (Idris Elba) struggles to keep from losing a grip on his personal life as he contends with the psychological factors underlying the heinous crimes he’s been assigned to solve. A dedicated police officer, Luther is obsessive, possessed, and sometimes dangerous in the violence of his fixations, and he sometimes is consumed by the darkness of the crimes with which he deals.

In the first episode he is unable to arrest murderess Alice Morgan, and for the rest of that series she stalks him, later becoming his confidante, giving him an insight into the motivations of other criminals. Elba gives a towering, charismatic lead performance, while Ruth Wilson as creepy Alice almost steals the show from under him.

Luther is a very compelling and absorbing detective series. The stories are well written, unpredictable, and nail-biting, and the writing is intelligent — and humorous in spots. The series is strikingly filmed, with a dark edge to it, and the direction is solid. It has been confirmed by creator Neil Cross that Luther will not return for a fourth series, although a feature film is in the works.

Cross is creator and writer of all 14 episodes, which won him an Edgar (Best Episode Teleplay) and a Royal Television Society Best Drama Series honor, plus noms for a Swiss international writing award and another Edgar. He also wrote eight episodes of the outstanding spy series MI-5.

Elba has been nominated for a Golden Globe Award for Best Actor in a Miniseries or Television Film for each consecutive season, winning one at the 69th Golden Globe Awards. He also has won eight awards and 27 nominations for works including: Mandela: Long Walk to Freedom, The Wire, and American Gangster.

Ruth Wilson received Golden Globe, BAFTA and two other noms for Jane Eyre. Steven Mackintosh has earned four awards for Care and Different for Girls. Saskia Reeves has 63 credits including Inspector Lynley Mysteries, Wallander, and Island at War. Indira Varma has 48 credits including Kama Sutra and Bride and Prejudice.

The series holds a 94% approval rating among critics polled at Rotten Tomatoes. That site’s consensus: “Gritty and ambiguous, Luther is a captivating drama bolstered by a powerhouse performance from Idris Elba in the title role.” The Guardian‘s Stuart Heritage called it Idris Elba’s best work since The Wire.

The show’s second season holds a 100% approval rating on Rotten Tomatoes. The site’s consensus reads: “Luther delves into darker territory in its second season, and Idris Elba’s outstanding performance makes this a police procedural of uncommon weight and heft.”

In the third quarter of 2011, the top-rated shows on BBC America were Doctor Who, Top Gear, and Luther, which together gained the network its highest quarterly ratings ever. This fine policier has aired in many countries, including Turkey, South Korea, Greece, Finland, and Slovakia. You are very likely to find it fascinating and engaging.