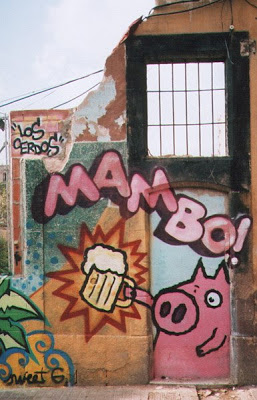 A few days ago I went with a friend to a posh little town near the Connecticut shoreline. It was a gorgeous day, not quite perfect (too muggy) but we take what we can get during New England summers.

The point was to enjoy the drive in my convertible and to see the boats in the marina. Wealthy people in Connecticut all seem to have boats, or ships I should say (because they are big). The really wealthy ones have homes on the shoreline or near the mouth of the Connecticut River, where they can harbor their ships and presumably take them out to the Long Island Sound, maybe even cruise the ocean. Some of the super wealthy also have summer homes on Block Island coves, where they can dock their ships at their very own beaches.

I don’t have a ship, a boat, or even a canoe, but I love gazing at them on the water. I don’t really wish I had one, and I don’t envy those who do, but I do enjoy just looking at them. Those ships, especially the ones with the massive sails, are a majestic sight from the shore.

I also enjoy looking at the most mundane things as well. I window shop a lot. Which is why I was curious about this little crockery shop we passed on the way to the marina.

I should have known better, should have just gone home, but curiosity got the better of me, like the cat. So in I walked. I was dressed in a pair of jeans and an elegant long white cotton blouse. In honor of the visit to gaze at the ships, I was wearing my pearls, a beautiful double strand. I had on my Red Sox cap, my hair jutting out the back of the cap in its pony tail like the flower of a smoke tree. I had an inconspicuous designer handbag on my shoulder, pricey cork-soled sandals on my feet. Basically, I was casually well-groomed and wearing a few thousand dollars worth of things. All of which I mention only because if you gauged my appearance by the reception I got from the shopkeeper, you would have thought I’d just snuck off a banana boat.

What did he see? I know he was hearing too with his eyes. I started counting the insults: one, two, three…

I think he saw a dark woman, a human darkness, and that’s all he needed to see to jump to a billion conclusions and start jabbing at me with rudeness. Little barbed spears. Little man. Why does seeing a human with darker skin (or otherwise different features) prompt some people to behave like, well, assholes? I swear, it must be a peculiar variation of Turrets disease. His spears piled up. He implied I didn’t belong in the boutique; I had no appreciation for the things for sale in it and I couldn’t afford them anyway. One of his jabs, something to do with a simple five-word question I asked him about a milk jug, implied that I was stupid.

What to do? There are so many options in a situation like that. Engage the man in a conversation, for example, and blow him away with erudition. Stare at him real hard, up and down, until he wilts. Buy the most expensive thing in the store, cash-money. Or just leave.

I went silent and kept looking.

I held that silence like the snake-edged shield of Athena.

When I was much younger, I would get furious in these situations. Being a human darkness in the eyes of others is often like living under a heavy presumption of guilt and worthlessness. Toni Morrison captures this dreadful dehumanizing dynamic so brilliantly in THE BLUEST EYE, when Pecola Breedlove tries to buy some candy at the corner store. She has the money, but the real cost of the Mary Janes is a profound humiliation from the shopkeeper. Every time I read that novel, my heart is crushed into splinters. I can only read it once a decade; it takes me a month to recover from it.

Nowadays I don’t get angry, just a little sad sometimes when I’m trapped into gazing at myself through the eyes of a bigot. I try to manage to laugh it off. Why let the ignorance and neuroses of others wear you down? In my many years on this planet, I’ve learned that anger is a poison and sadness can be cathartic, but that laughter cures just about everything.

So what did I do? I was in a good mood, after all the boat gazing and the lovely drive, and I didn’t want to let this guy ruin it. I was feeling a bit mischievous too. So I said to my friend, who came into the shop after me, “Darling, let’s not sail to the Island this afternoon. Let’s go instead to the cottage. I suddenly crave a good read and a nap in the hammock. This shopping has become tedious.” I paused for dramatic effect. “Quelle,” I said, as I squinted at a particularly gauche piece of crockery, then laid it back carefully on the shelf with the slightest hint of disgust, “barbarie.”

The shopkeeper had to pick his chin up off the ground.

Did that even the score? Probably not. But my friend and I had a good laugh over it all the way home with the top down, the wind tugging at our hair, and the scent of the sea breeze still lingering on our skin.

This entry was posted in RagBlog and tagged Bigotry, Hispanic, Racism. Bookmark the permalink.