He combined social liberalism — covering all the identity politics bases — with neoliberal economics. 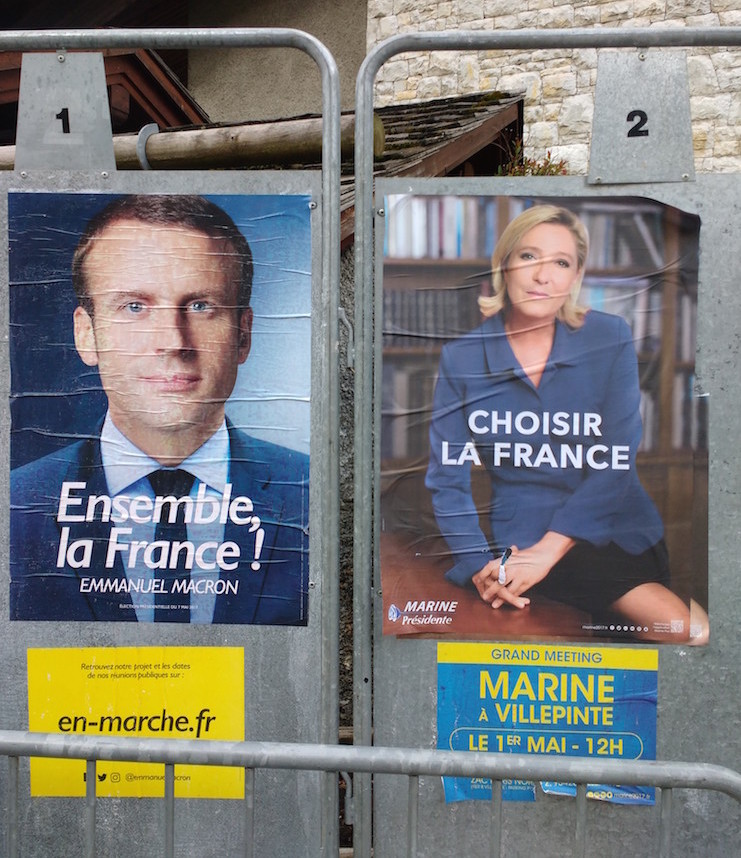 PARIS — Emmanuel Macron has totally changed the landscape of French politics. Previously, French politics was characterized by a right-left spectrum of several parties, two of which, Socialists on the left and Republicans in the right, contended for leadership. The center of this spectrum was relatively poorly represented. The only self-proclaimed centrist in the 2012 presidential election, Francois Bayrou, get only 9% of the vote.

The usual result of presidential elections was for the Socialists to run against the Republicans. These previously dominant parties remained relatively ideologically distinct. When they had to rule together, as when Socialist president Mitterrand was saddled with a rightest prime minister Chirac, it was considered an aberration.

This political configuration, present since 1958, throughout the history of the 5th Republic, remained the case despite close to 80% participation in presidential elections. Elections with this high level of participation require the runoff candidates to move to the center. That is much less the case in the U.S. with 50% participation, where a strategy of base mobilization by not moving to the center is more favorable.

Macron recognized the potential for
a centrist takeover.

How did Macron bring about this change in French politics? Essentially, he recognized the potential for a centrist takeover; he saw that high levels of participation favor the centrist. He defined that center with a program that combined social liberalism — covering all the identity politics bases — with neoliberal economics that consistently expand the rights of capital relative to labor. Add to this his support for the popular position in favor of staying in the EU.

Second, he recognized the fundamental fault lines in the Socialist Party and was prescient about its disintegration in the wake of Francois Hollande.

Third, he saw that Le Pen would make the runoff but be beaten by whoever got into it with her, primarily because of her hostility to the EU. Macron was lucky that Fillion imploded, allowing him to be the pro-EU candidate to face the anti-EU Le Pen in the runoff. He also mobilized a powerful ground game from scratch, reminiscent of the Sanders campaign. In brief, he created a “centrist” coalition that destroyed the more ideologically defined parties to his left and right.

Now his party has won 310 our of 577 seats in the National Assembly, a clear majority for a party that didn’t exist a year ago.

The most striking aspect of this election is the amazing flexibility of the French political system.

The most striking aspect of this election to me is the amazing flexibility of the French political system relative to the stagnant and ossified nature of U.S. politics. As an American, it was impossible for me to conceive this level of change in one election. Macron announced the formation of his new party, En Marche, only a year ago. Now he’s president and winner of a large majority in the National Assembly.

Such a quick transformation in American politics is simply impossible short of revolution. That is the case because there is no gerrymandering of French electoral districts in order to create safe seats. Such gerrymandering has created a situation in the U.S. where 90+% of the congressional seats are not competitive, having been configured so that they are “safe seats” for one party or the other.

However, to call Macron’s politics “centrist” is obfuscation. His politics have three main components. First, he is pro-immigrant, pro-gay, pro-secularism, pro-women, et al. All the identity politics constituencies are covered. Half his cabinet are women. I note particular support for En Marche among North Africans in my working class but heavily immigrant neighborhood in east Paris. His ads, selected candidates, and public events are scrupulous in their attention to diversity. Second, he is pro-EU. Despite complaints, that is the overwhelmingly popular position. He had the good fortune to run against an anti-EU candidate, Le Pen.

His core position is to enhance
the capitalist class.

BUT, he’s a bonafide neoliberal. His core position is to enhance the capitalist class, to remove the regulations on them, reduce their social liabilities, and make their bargaining position relative to labor more favorable. He wants to lengthen the work week and raise the retirement age. He wants to make it easier to fire people and reduce the company’s severance responsibilities.

While he was the Finance Minister in the Hollande government, he passed one major piece of legislation, known subsequently as “Macron’s Law.” All the “reforms” in that law favored capital and reduced the rights of labor. He has announced already that he wants to extend these measures as his first and primary priority. Remember that this is the guy who paid big bucks to get out of a government contract so that he could go to work for a Rothschild investment bank where he then made millions. He’s like the French version of the president from Goldman Sachs.

Macron is also flexible. He previously was reputedly pro-American, like Francois Hollande, ready to endorse U.S. aggression in such places as Syria. Then Donald Trump came along, universally despised in France, and Macron has changed course. With Trump at the helm in the U.S., closer relations with Russia and Iran look much more like a good idea in France. Macron met with Putin already, and repeated all the required anti-Russia talking points: gay rights, Ukraine, etc. He was reported to have “stood up to Putin.” In reality, the actual substance is that he hit the restart button for French relations with Russia.

Look for French resistance to current U.S. efforts to draw it into a war with Iran. As soon as the U.S.-Iran nuclear treaty was signed, French entrepreneurs poured into Tehran to make deals. Airbus, owned in part by the French government, recently sold 100 large passenger planes to Iran. France’s imports from Iran in the first nine months of 2016 show a 34-fold rise compared to the corresponding period in 2015.