David P. Hamilton :
What is to be done in the Middle East (as soon
as pigs fly) 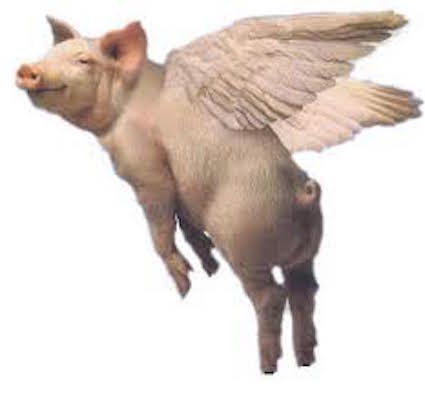 “In the name of realism, men are quite mad, and precisely what they call utopian is now the condition of human survival.” — C. Wright Mills

The United States has successfully created a hotbed of instability and dysfunction in the Middle East. There are now wars in Iraq, Syria, Israel/Palestine, Turkey/Kurdistan, Libya, Somalia, and Yemen. Weapons are now hemorrhaging across the Sahara from Libya into Chad, Mali, and Nigeria, areas of Africa where the U.S. is busy establishing new military bases. There is a welter of conflicting alliances with diverse and contradictory goals, especially in Syria, the current epicenter of conflict.

This conceptual chaos is typified by the U.S. being the member of a coalition to fight the “Islamic State” [ISIS], which includes the principal parties who provided ISIS with its motivating ideology, Wahhabism, and which created, funded and provided weapons to this same Islamic State since its inception, (i.e., the Gulf Sunni dictators in Qatar, Kuwait, UAE, Bahrain, and especially Saudi Arabia).

The Syrian government is led by a highly Western and secular ophthalmologist.

Each element of this bogus coalition shares with its alleged enemy, ISIS, the primary goal of overthrowing the Syrian government; a government that is led by a highly Western and secular ophthalmologist who is consistently demonized as a “bloody tyrant” in the mainstream media for fighting back in a civil war that was instigated and fomented by the CIA and those same dictators that are covertly supporting ISIS.

The goal of overthrowing Assad is likewise held by NATO and its allegedly anti-ISIS member, Turkey, which has allowed thousands of foreign fighters to stream across its borders to join IS and which would rather fight the Kurds, one of the few parties actually fighting ISIS, despite the fact that the United States won’t directly provide the Kurds with arms to do so.

The U.S. meanwhile bombs ISIS for a year with apparent purposeful ineffectualness, perhaps limited by the its sharing with IS of the primary goal of overthrowing the Syrian government, and spends tens of millions attempting to build up the Free Syrian Army of “moderates,”which exists largely on paper and sells the weapons the U.S. gives them to ISIS. This only scratches the surface of the insanity of U.S. policy.

Creating an actual anti-IS alliance would require thinking entirely outside the currently existing conceptual boxes, especially on the part of the U.S.

The territory ISIS now controls must be taken back by military means.

There are two separate, but related issues. One is the ISIS attacks in Paris and elsewhere. The other is that ISIS controls territory in Iraq and Syria. The former cannot be entirely resolved by military means. It also requires better integration of the Muslim populations into France and other EU countries. The latter, however, requires a military solution. ISIS is not going to negotiate. The territory it now controls must be taken back by military means and that will require a large ground force.

Simple as it sounds, taking back territory from ISIS requires that any actual anti-ISIS alliance must agree that the primary goal is defeating ISIS. That is not the case with the current anti-ISIS alliance that includes Turkey and Saudi Arabia. Assembling an alliance of those actually willing to fight IS necessarily means that the goal of overthrowing the Assad government in Syria must be dropped. This ideal alliance must include the existing Syrian government. An alliance cannot exist where some say Assad has to go and some say he has to stay.

Overthrowing the Assad government also risks the disintegration of the Syrian state altogether, leaving chaos such as the U.S. and its sycophants “achieved” in Libya and Iraq. The central pillars of this ideal anti-ISIS alliance would be the U.S., Russia, and Iran, and would also include the Kurds independent of Baghdad, the Iraq army, including the Shia militias, the existing Syrian army, including Hezbollah, France and its EU supporters.

It would not include Turkey or the Arab League without some extreme diplomatic coercion, such as threatening Turkey’s exclusion from NATO, terminal rejection of Turkey’s effort to join the EU, sanctions on the sale of oil from the Gulf dictators, refusal to sell them more weapons, and removal of all those lucrative U.S. military bases on their territories. There are means to achieve their acquiescence if there were the will and imagination, but the alliance should not expect it.

It is quite plausible to imagine an army
besieging IS from all sides.

The removal of ISIS from the territory it now holds would not necessarily require actual fighting. It is quite plausible to imagine an army besieging IS from all sides, entirely cutting off its access to the outside world composed of all the suggested alliance members, with at least a quarter-million troops, including what are supposedly the best trained and equipped in the world, from multiple major world powers acting in unison, with all the supporting armor and artillery and with their combined air forces (with complete control of the skies) and navies sitting just offshore loaded with missiles.

ISIS could then be given 72 hours to lay down their weapons and surrender or they would be exterminated by thousands of aerial sorties a day along with naval bombardment against which they would have utterly no defense. The ultimate result of such a combined force taking on ISIS militarily is not in doubt. At most, ISIS has 30,000 to 40,000 lightly-armed troops who would be outnumbered 10 to 1 and outgunned 100 to 1 if not 1000 to 1. They would have no chance of survival but by surrendering to such an ultimatum. The alternative would be certain death in short order.

But once ISIS has been defeated, then the real challenges begin, because this would need, necessarily, to be followed by the end of the Syrian civil war and the creation of three new countries: Kurdistan – created from areas of northern Iraq and Syria; “Sunniland” created from western Iraq and eastern Syria; and, of course, Palestine.

Iraq and Syria are unviable remnants of colonialism and must be reconfigured.

The countries of Iraq and Syria are unviable remnants of colonialism and must be reconfigured. This would leave a diverse and secular Syria in the west (which might as well unite with a similar Lebanon), a Shia-dominated Iraq in the east (a client of Iran), a new Sunni state in the middle (likely an eventual client of Saudi Arabia, but initially governed by Sunnis who joined the anti-ISIS coalition), and a new state for the world’s largest stateless people, the Kurds, along the northern border of Iraq and Syria with its capital in Mosul.

Of course, there can be no lasting peace in the Middle East until Israel is forced to negotiate a just settlement with the Palestinians based on the pre-1967 borders. Since Israel is largely a client state of the U.S., this should not be too difficult if there were the political will on the part of the U.S. to force Israel to negotiate in good faith. The consequences for Israeli non-compliance could be a complete cut off of all U.S. aid, an end to U.S. support in the UN, where Israel would otherwise stand alone, and sanctions on trade, even an economic embargo — like with Cuba.

Thus isolated, Israel would be obliged to rethink their theft of Palestinian lands and diplomatic intransigence. Arguments about needing to protect the existential security of Israel, a country that has over 200 nuclear weapons compared to zero in the hands of their various adversaries, are nonsense. As icing on this cake, Israel must be required to sign the Nuclear Non-Proliferation Treaty, submit to inspections of its nuclear weapons facilities, and commit to the goal of a nuclear-free Middle East.

Most of this is political fantasy given the political realities of the U.S. plutocracy.

Certainly, most of this is political fantasy given the political realities of the U.S. plutocracy, with political and economic power so heavily concentrated in the hands of those who profit from war. But from the opposite perspective, the reality is that such measures are going to be required if we seriously want to get rid of ISIS and solve most of the underlying problems that have, thanks largely to U.S. meddling, destabilized the whole region for decades and promise to continue to do so into the foreseeable future, inevitably spreading their bloody consequences to Europe and the U.S.

Solutions that do not include such a broad alliance organized around revised fundamental goals and changes of national boundaries to reflect more commonality of populations are band-aids that will just push the problem down the road for our children and grandchildren to suffer with.

8 Responses to David P. Hamilton :
What is to be done in the Middle East (as soon
as pigs fly)