Dubya on Iraq : Oh What a Beautiful War 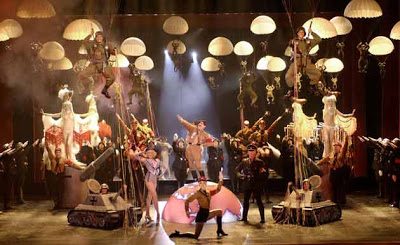 US President George W Bush believes the Iraq war has been successful and is “very pleased” with what is happening there, he said in a pre-recorded interview broadcast on a Japanese television network on Sunday.

“I think the decision to remove Saddam Hussein was right,” Bush told the Sunday Project program of the private Asahi network.

Saddam was an enemy of the United States and a lot of people thought he had weapons of mass destruction, Bush said, adding “remarkable” progress had been made in Iraq since the late dictator was toppled in 2003.

“People have been able to take their troops out of Iraq because Iraq is becoming successful. I’m very pleased with what is taking place there now,” he said, adding there still is “a lot of work” to be done.

“We are bringing troops home because of the success in Iraq. But Iraq is not yet completely safe.

“So there will be a US presence for a while there at the request of the Iraqi government,” he said.

“The United States is willing to continue to help. Most countries there within a very broad coalition have come home but we want to help this government,” he said without further elaborating.

The Japanese network said the interview was conducted in Washington just before Bush left for Asia-Pacific talks in Peru at the weekend.

The Bush presidency has been indelibly marked by the Iraq war, from the invasion spurred by false allegations that Saddam was harbouring weapons of mass destruction to the abuses by US troops of Iraqis in the Abu Ghraib jail.

Some 4,200 US soldiers have been killed in the country in a war which has also cost the US hundreds of billions of dollars.

The war was also a dominant theme of the 2008 White House race, with president-elect Barack Obama vowing to bring home the forces within 16 months.