Former Sen. Jesse Helms, Icon of the Ultra-Right, Dead at 86 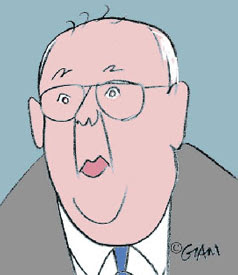 The former US Senator Jesse Helms, a legendary isolationist and defender of “Southern values” who spent much of his life goading liberals, died yesterday (July 4).

Universally known as ‘Senator No’ he was deeply sceptical of international cooperation and intervention. His refusal to ratify international accords, notably the Kyoto treaty on global warming, made him the bete noir of the Georgetown foreign policy establishment

”Compromise, hell! … If freedom is right and tyranny is wrong, why should those who believe in freedom treat it as if it were a roll of bologna to be bartered a slice at a time?” he wrote in an editorial setting out his political style back in 1959.

US business disliked him for his tireless campaigns for unilateral US economic sanctions on Iran and Cuba. He was also deeply sceptical of America’s opening up to China and always ready to reject international cooperation if it meant yielding American sovereignty.

For many he was a caricature of a right wing conservative, being pro-gun, pro-death penalty and anti-abortion. He ran what many considered to be a vendetta against publicly-funded arts, and was frequently accused of homophobia and sexism,

He exploited racial divisions in his native North Carolina and was first elected to the US Senate in 1972. A deeply polarising figure in each of hi five contests he never won more than 55% of the votes. On the campaign trail he tapped into the fears of middle and working class white voters stirring up anger against affirmative actions programme to help unemployed blacks.

He famously ran a “white hands” ad that showed a white man crumpling up a letter while a narrator said: “You needed that job, and you were the best qualified, but they had to give it to a minority, because of a racial quota. Is that really fair?

He also used his power in the senate to block the nomination of black Americans to the courts and to ambassadorial positions.

A journalist in his early career, he persuaded millions of Americans that their country was being run by liberals in Washington, and controlled by the New York-based media.

Never caring much what his critics thought, he rampaged against what he believed were the evils of abortion, affirmative action and homosexuality.

“Just think about it – homosexuals, lesbians – disgusting people – marching in our streets, demanding all sorts of things including the right to marry each other and the right to adopt children. How do you like (that)?” he said.

Near the end of his career he would make his way his way through the US Capitol on a scooter. He decided not to run for a sixth term in 2002 and was diagnosed with vascular dementi after repeated minor strokes brain in 2006.

In his later years a compassionate side emerged that few of his colleagues believed was possible. At the instigation of U2’s Bono he accepted that debt was the cause of suffering in the developing world and campaigned for a debt relief bill and attended his first ever pop concert in Washington DC.