The popular narratives about the horrific migration ignore the history of U.S.-inspired violence in the region and the economic devastation caused by neoliberal economic policies. 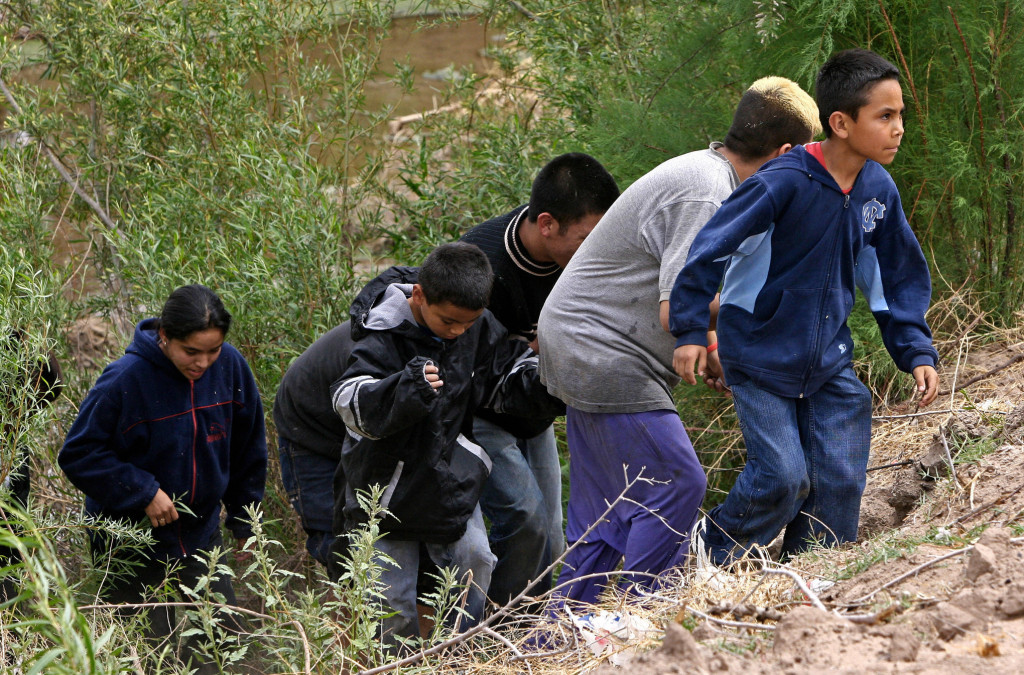 A military coup in Honduras

On Sunday, June 28, 2009, the Honduran military carried out a coup, ousting duly elected President Manuel Zelaya from power. Almost immediately leaders of Western Hemisphere nations condemned the actions taken in Tegucigalpa, the capital city. For example, former President Luiz Inacio Lula da Silva (Lula) asserted that the days of military coups as a mechanism of the transfer of power were over in Latin America.

President Obama said on the following day that “it would be a terrible precedent if we start moving backwards into the era in which we are seeing military coups as a means of political transition rather than democratic elections…. The region has made enormous progress over the last 20 years in establishing democratic traditions in Central America and Latin America. We don’t want to go back to a dark past.”

On June 30, the United Nations General Assembly passed by acclamation a non-binding resolution condemning the military action and demanding that Zelaya be returned to office. Political opposites from former Venezuelan President Hugo Chavez, Fidel Castro, Bolivia’s Evo Morales, to Barack Obama took the same position on the events in Honduras, although Chavez articulated the view that the United States had a role in the coup.

The New York Times reported on the coup and the mass mobilizations protesting it.

The New York Times reported on the coup and the mass mobilizations in Honduras protesting it. The story did editorialize by pointing out that Zelaya, who was elected in 2006, was closely allied with Hugo Chavez and had linked Honduras to the Chavez-led “leftist alliance, the Bolivarian Alternative for the Americas.” The Times further reported that there were large scale protests in the capital of Honduras in support of the coup. And they claimed that Zelaya would have had no world significance if it were not for the coup which made him famous.

Subsequent to the worldwide condemnations, including from the Obama administration, two elections were held ignoring the coup, one later in 2009 and another in 2013. In other words, former President Manuel Zelaya, who was ousted, was never allowed to return to office.

Journalist John Perry wrote at OpenDemocracy.net three years after the coup that Honduras had distinguished itself by its escalating violence, saying that “the murder rate is four times that of Mexico and it has become the world’s most dangerous country for journalists with 23 having been assassinated over the last three years.”

Perry pointed out that in the northeast of the country big landowners struggled against small farmers who sought to keep control of their land that and the area has become a transit point for drug smuggling.

The relevance of Central American history for today

The horrific migrations of the young and their families from the Central American war zones in 2014 (and earlier) are explained by media and politicians as caused by the quest of migrants for an improved standard of living to be found in the United States, or flight from homegrown drug gangs, or loose talk from President Obama about asylum for refugees, or failures of the Congress to pass meaningful immigration reform legislation.

These common narratives ignore the history of United States imperialism in the Western Hemisphere and particularly the grotesque U.S.-inspired violence against the Central American peoples launched by the Reagan administration in the 1980s. Also, they do not address the economic devastation in the region caused by neoliberal economic policies imposed by the debt and trade systems. Any serious discussion of the current refugee crisis of thousands of young people fleeing poverty and violence should include the following: 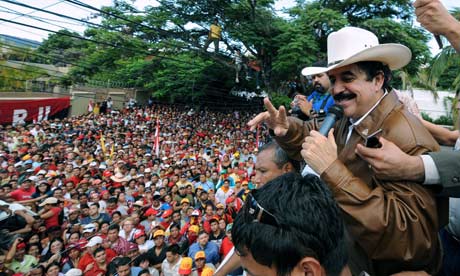 First, the Western Hemisphere has experienced hundreds of years of shifting external interference, mass murder, and economic exploitation of natural resources, agricultural lands, cheap labor, and sweat shop workers. The Spanish, the British, and the United States figured most prominently in this unhappy story, referred to by Eduardo Galeano as “five centuries of the pillage of a continent.”

Third, economic ruling classes in the Hemisphere and their foreign partners increasingly were forced to rely on strong military forces to crush domestic opposition to elite rule and devastating poverty and exploitation. Particularly in Central America, the military as an institution became a material force, sometimes independent of the economic ruling class. From the early 1930s until the end of World War II military dictatorships ruled each of the five Central American countries. Later, in the height of the Cold War in the 1970s, two-thirds of the land mass and population of Latin America was ruled by brutal military dictatorship: Argentina, Brazil, and Chile being the most prominent.

Fourth, in the 1980s, Ronald Reagan brought the struggle against “international communism” to Central America. He launched and supported brutal wars against the Salvadoran and Nicaraguan people and looked the other way as the Guatemalan generals engaged in genocide against the majority indigenous population of that country. An estimated 400,000 Central America peoples died in these U.S. supported wars.

Honduras, before 1980, was a country with less violent military rule and only received modest amounts of U.S. military aid. However, as a result of Reagan’s wars in Central America, Honduras became the military base for U.S. operations in the region, training the contra rebels fighting against the Nicaraguan government and providing training and military support operations for Salvadoran troops fighting against FMLN rebels.

Honduras received more military aid from the United States in the mid-1980s, than it did during the prior 30 years. Thousands of U.S. troops, numerous air strips, and field exercises for summer National Guard troops made Honduras a U.S. armed camp.

Fifth, parallel to the war on communism in the Western Hemisphere, the Reagan administration forced on the countries of the region the neoliberal economic policies of downsizing government, deregulation, privatization, free trade, and shifts to export-oriented production. In the 1980s, the economic consequence of these policies was referred to by Latin American scholars as “the lost decade.”

While the economies of Central American countries have improved since the 1980s, they remain poor and dependent.

While the economies of Central American countries have improved since the 1980s, they remain poor and dependent. Honduras is the poorest of the five countries in the region. In 2003 its per capita Gross Domestic Product was $803 (the regional figure was $1,405). A little over 9 percent of its earnings came from overseas remittances. Honduran debt constituted 66 percent of total GDP. And life expectancy was 66 years.

This brief review of some of the Latin American experience was part of the story of the 2009 coup, the escalation of domestic violence that ensued in the country since then, and the refugee crisis today. The histories of Guatemala and El Salvador have been similar. Even though elections in El Salvador brought former guerrilla members to power, U.S. and domestic elite opposition to radical reforms in that country have stifled the fundamental changes needed to transform the lives of the people there.

The refugees as victims of imperialism

In general, we first should remember that whenever the interests of foreign investors (particularly from the United States), domestic ruling classes, and/or military elites were threatened by international political forces and/or domestic mobilization of workers and peasants, the military moved in to reverse the forces of history.

Second, the United States has played a direct role in such interventions and has provided military assistance and training for military officers of all Latin American militaries ever since the end of World War II. (The training facility used to be called The School of the Americas and now is officially The Western Hemisphere Institute for Security Cooperation).

Military interventionism and covert operations have been paralleled by economic intervention.

Fourth, the winds of change that were initiated in the 1960s in the region were first stifled and isolated, then spread in the 1980s and beyond. Most recently, countries as varied as Argentina, Bolivia, Brazil, Chile, Cuba, Ecuador, Nicaragua, Uruguay, and Venezuela have begun to step in a new direction; away from the neoliberal economic model, away from deference to traditional great powers, and in resistance to the United States. (Honduras had begun to move in this direction as well before the coup.)

Most important, these countries, and other countries from the Global South in Asia and Africa, have been constructing new economic and political institutions that might transform an international economic and political system based on 500 years of North Atlantic rule. The fact that 192 countries in the United Nations condemned the Honduran coup in 2009 suggested that this battle has gone beyond the simplistic New York Times frame that the Honduran battle was merely about competing special interests.

President Obama evidenced a sense of the history of U.S. imperialism in the Western Hemisphere and the role that regional domestic economic and military elites played in Central American countries when he criticized the 2009 coup in Honduras. However, his subsequent support of those who carried out the coup and who refused to allow the ousted President to return, signaled that he would be returning to the traditional U.S. approach to the region. And the traditional United States policy supporting the consolidation of foreign investments and domestic wealth in Central America and profit derived from the drug wars is connected to the pain and suffering of Central American peoples.

Of course, a serious effort to address the refugee problem today would have to include a U.S. shift to support popular forces in the region, rejection of draconian neoliberal policies, regional allocation of economic assistance to stimulate grassroots economic institutions with people producing for domestic consumption, and radical disarmament of Central American militaries, police, and drug gangs. It would be a tall order but a worthy one for solidarity activists in the United States and the rest of the Hemisphere to support.

Finally, in the short-term, progressives should demand that the children entering the United States be treated as refugees and provided safety and security.