The ‘Limits of Power’ demonstrated that the United States was committed to expanding its capitalist empire across the globe. 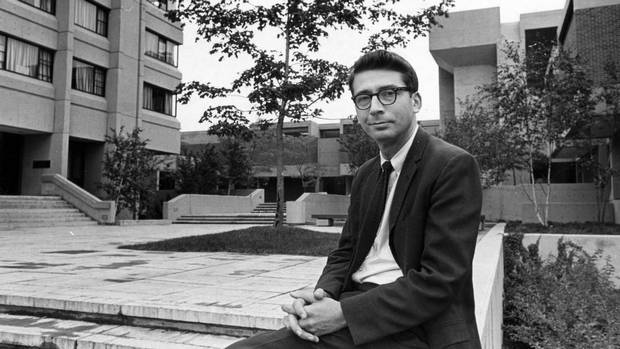 I have been teaching courses on United States foreign policy since 1966. I came of age politically during the Vietnam War and the modern civil rights movement but was not born into a left-leaning political environment.

My formative college experiences of foreign policy came from articulate professors who had embraced the skeptical but limited vision of the United States role in the world shaped by the theorists of “political realism.” I was exposed to a later edition of Hans Morgenthau’s classic international relations textbook, Politics Among Nations, which declared that politics was about the struggle for power. Big or small nations, powerful or weak political actors of all kinds, were engaged in the pursuit of power for purposes of material gain or just to achieve more power.

The vision of political philosopher, Thomas Hobbes, that life was a struggle between each and all, metaphorically a brutal state of nature, best captured the practice of international relations.

My professors also assigned George Kennan’s classic collection of lectures, American Diplomacy, 1900-1950. Kennan, too, was a realist. He, like Morgenthau, inadvertently became a critic of United States foreign policy because he argued that it was the reality and necessity of the pursuit of power that should guide foreign policy, not universalistic and apocalyptic visions of struggle among nations and peoples with diverse ideologies.

Although Kennan was a significant contributor to the rise of anti-communism in America, he, paradoxically, critiqued twentieth century U.S. foreign policy for declaring itself committed to democratizing the world. Our utopian visions of the world, he said, could never be achieved and our promises to the citizenry about our pursuit of a new world order would generate cynicism.

Both Morgenthau and Kennan were critics of the Eisenhower/Dulles call for the “liberation” of oppressed peoples living under communism. In addition, neither realist approved of the 1950s version of anti-communism, what was called “McCarthyism.”

From 1964 to the 1970s, as a graduate student, then a new professor of international relations, an “older” activist against the war in Vietnam, and a participant observer in the exciting debates about the causes of imperialism, racism, and exploitation, my understanding of the United States role in the world began to change.

Before reading Marx, Lenin, various theorists of imperialism and dependency, I started reading Gabriel Kolko’s dense The Politics of War: The World and United States Foreign Policy, 1943-1945 which described in infinite detail international diplomacy between what I would later call “the unnatural alliance,” the United States, the Soviet Union, and Great Britain. His analysis also addressed the rich, detailed complicated politics of nations all across Europe and Asia. I followed this reading by examining the work of Joyce and Gabriel Kolko, The Limits of Power, 1945-1954 (Joyce Kolko died in 2012 and Gabriel Kolko May 19, 2014).

These works would shape my thinking about the United States’ role in the world.

These works would shape my thinking about the United States’ role in the world, why the theory of imperialism provided a better explanation of contemporary politics than the prevailing realist theory, why history mattered, and how domestic politics and class struggle were intimately connected with foreign policy and international relations.

I gleaned from these works important insights about the international relations of the Second World War and the foundations of the Cold War.

For example, Gabriel Kolko made it clear that what drew the United States, Great Britain, and the Soviet Union, the “unnatural alliance,” together was a common fear that global fascism would conquer the world. For that reason, the United States put its vision of constructing a global capitalist order in abeyance until fascism was defeated in Europe and Asia. Great Britain postponed its desire to reconstitute the shrinking British Empire. And, the former Soviet Union, sought desperately to save itself and “socialism in one country.” 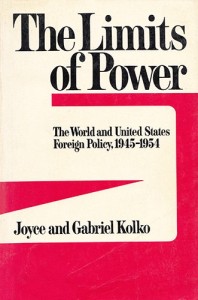 Kolko pointed out that by 1943 it became clear to leaders of the three countries that fascism would be defeated. As a result of this realization, the early collaboration became more troubled as each member of this alliance began to pursue its own interests while struggling to defeat the enemy during the last phases of the war. For the western nations, the question of positioning themselves to maximize the chance to reestablish imperialism became incorporated into relations with the Soviet Union.

The high point of lingering collaboration between the unnatural alliance was the last wartime conference at Yalta in the Crimea in February, 1945. However, the first postwar conference at Potsdam (in Germany) in July 1945, with acrimony between the leaders of the three countries, more accurately reflected the emerging Cold War between East and West to follow.

In short, the politics of war was about defeating fascism but in a way to maximize the interests and vision of each country. That meant for the United States that each diplomatic and military decision, each outreach to leaders and parties in countries formerly occupied by the Nazis, and each diplomatic and military move to end the war in Asia was shaped by plans to expand empire in the post-war world.

The Limits of Power (co-authored with Joyce Kolko) continued the narrative about the United States role in the world into the post-World War II period. It powerfully demonstrated that the United States was committed to expanding its capitalist empire across the globe. When that failed a foreign policy was created to constitute a capitalist world order in Europe, parts of Asia, and in Latin America. To achieve these goals, U.S. policymakers used carrots and sticks.

The carrot, which would be a tool used ever since, was foreign assistance.

The carrot, which would be a tool used ever since, was foreign assistance. The Truman administration proposed a modest aid package for Greece during its civil war and Turkey in 1947, arguing that these countries were under threat from “international communism.” More importantly, under the guise of humanitarianism, the United States provided a then huge $14 billion aid program for the anti-communist parts of Europe, the Marshall Plan. Aid would be given to countries which rejected then popular communist parties in elections. In addition, funds would go to countries which would shape their economies in keeping with demands from Marshall Plan administrators.

Both the politics and economics of the Marshall Plan created a post-war capitalist order that would evolve into the European Union of the twenty-first century. The Marshall Plan would also become the model for the imposition of the neoliberal policies of the International Monetary Fund and World Bank many years later to create pliant “market” economies.

The stick, the Kolkos reported, was the creation of a military alliance system, the North Atlantic Treaty Organization (NATO), which was to protect “the free world” in Europe from the threat of “international communism.” Because the initial threats of international communism came in Asia, the Truman Administration, with its allies, launched wars on the Korean peninsula and in Southeast Asia. “Our forgotten war,” journalists today call the Korean War, was not only about North Korean army attacks as the U.S. claimed. It was also about a civil war struggle between landowners, a minority ruling class, and a largely peasant population all across the Korean peninsula.

The Kolko’s narrative of the U.S. role in Korea made it clear that the commitment to fight there would be a model for brutal militarism against peoples of the Global South ever since. In addition as subsequent research has pointed out, the Korean War legitimized the 1950 recommendations in National Security Council Document 68 (NSC 68) which called for military spending to be the number one priority of the federal government.

I always end my lectures on the history of the Korean War quoting from Joyce and Gabriel Kolko:

UN combatant deaths were over 94,000, 34,000 of whom were Americans. Wounded came to over four times that figure, and American sources estimate Communist military casualties as over a million and one-half. Over a million South Korean civilians died, and probably a substantially larger number of civilians died in the North, for almost a decade after the end of the war the North Korean population was only equal to its 1950 level. Half the South Korean population was homeless or refugees by early 1951, and 2.5 million were refugees and another 5 million on relief at the end of the war.

Much of the narrative written by Joyce and Gabriel Kolko about 1943 to 1954 can be applied to the military violence, quagmires, losses of life, and misplaced resources reported in today’s news.

1 Response to Harry Targ :
The intellectual impacts of historians Joyce and Gabriel Kolko