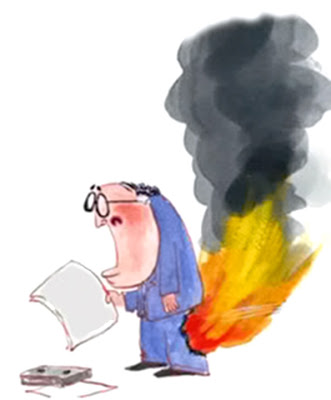 Republicans and health care:
The lie as art form

The truth is that no doctor or hospital will be taken over or run out of business. What they will have is more customers with better insurance to pay for their services. And that insurance will be purchased from private insurance companies in the free market — either directly or through health insurance exchanges.

They have accused the Democrats of creating death panels that will choose to kill off the elderly and disabled. This is one of the most scurrilous of the lies, because none of the proposed legislation or the legislation that was actually passed ever had anything even remotely close to this. The truth is that the elderly will still be covered by Medicare, and the disabled will be covered by either Medicaid or private insurance. And both Medicare and Medicaid have been enhanced to make them function better.

They have told Americans that the new health care bill will create enormous debt for our country. And they are still telling this lie, even though the non-partisan Congressional Budget Office has reported the new laws will actually lower the government deficit by over a trillion dollars in the next 10 years. It’s funny how they swear by the CBO’s numbers when those numbers agree with their position and ignore the numbers when they don’t back up what they are saying.

They claim the new laws amount to a huge tax increase, and imply that this will apply to all Americans. It won’t. There are some increases in Medicare and Medicaid taxes, but they only apply to those making more than $200,000 a year ($250,000 for a married couple). Frankly, if you make more than that in a year, you can afford a small tax increase (and that’s what it is — a small increase). It also imposes a small tax on the most expensive insurance policies — the so-called “Cadillac” policies. You can be sure this will not affect the huge majority of working Americans with private insurance.

Now they are telling us that the new laws will cost many thousands of jobs, because the businesses will not be able to afford buying insurance or alternatively paying a tax for the employees they have. Ridiculous! This argument has the same flaw as their lie about raising the minumum wage costing jobs.

The fact is that there is only one reason a business hires workers — because that business needs those workers to meet the demand for their products or services, and they will hire only the amount they need regardless of the wage scale or need for insurance coverage.

If they hire less than the number that is needed, then their business will suffer because they cannot meet the demand. If they hire more than needed, then it will needlessly cut into owner profits (and no businessman will do that). A business may raise it’s prices to cover costs, but it will always hire only the number of workers needed — not more and not less.

Now they are telling Americans that the new law will force doctors to refuse to accept Medicare and Medicaid patients. This is already a problem in many places, but it has nothing to do with the new laws. Do you know who is to blame? THE REPUBLICANS — because in their years in power they repeatedly cut the payments to doctors for Medicare and Medicaid patients. They have always hated these programs and the cuts were an effort to destabilize the programs. Hopefully the Democrats will fix this inequity if the new laws don’t.

But the biggest lie, the most outrageous lie, they are now telling is that they are in favor of health care reform (just not the reform passed by Democrats). Well if they were really in favor of health care reform, why didn’t they do it when they were in control (and had a Republican president for eight of those years). They had a golden opportunity to enact reform on their terms, but did nothing. They spent billions on unnecessary wars and corporate giveaways, but did absolutely nothing to fix the health care system.

It was obvious (and frustrating to many progressives) that President Obama reached out to the Republicans for bipartisan action on reforming health care. Every time he was snubbed. The Republicans had made a decision that they would oppose any effort at reform, because they believed if Obama failed to deliver on health care reform that would help them at the polls. They were more concerned with party politics than helping Americans access needed health care.

These are only a few of the more egregious lies the Republicans have told to try to stop health care reform and protect the profits of Big Insurance and Big Pharma. There were many others. I had hoped the lies and obstructions would stop now that “Obamacare” is law, but if Senator John McCain is to believed it looks like that won’t happen. McCain said the Republicans were so mad about the passage of these two health reform bills that “There will be no cooperation for the rest of the year.”

I really hope that is just another Republican lie, because important things remain to be done and Republican lies and obstructionism will just make it harder (though not impossible). Let me finish with an excellent quote I found on a friend’s blog (a gal and her blog):

Now the Republicans are telling us that health care reform will destroy our country. Don’t believe them as they try to spread fear. It’s just another of their many lies.