Islamophobia in Texas : Fear-Mongering in Race for Education Board 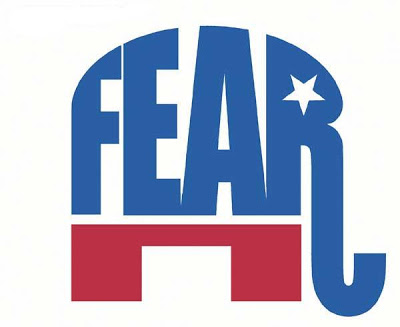 Watch out, parents. Democratic State Board of Education candidate Laura Ewing wants to convert your children to Islam.

At least, that’s the implication of a campaign ad from her opponent, Republican David Bradley of Beaumont.

“Do you know what the Democrat for State Board of Education supports?” reads the handout, which was disseminated at a recent gathering of the Golden Triangle Republican Women and trumpeted earlier this year at a Republican senatorial convention.

The handout features a 2004 newsletter article documenting the scandalous details: In 2003, Ewing was one of nearly 20 social studies educators who traveled to Africa and India to study (gasp!) Islamic history and culture, with plans to develop curriculum for Texas schoolchildren in sixth-grade world cultures classes and high school-level world geography and history.

Ewing admits her guilt: Yes, the educator dared to educate herself about Islamic culture, including everything from architecture to poetry.

Where does she get this stuff?

Apparently, ties to Islam — any ties at all — are fair game for fear-mongers this election season. No exception for this down-ballot, but pivotal race for the Southeast Texas seat on the 11-member state education board.

And his argument is further undercut by some inconvenient facts: It was Bradley’s fellow Republican, Gov. Rick Perry, who worked with the University of Texas and the Aga Khan Foundation, to help arrange the trip for the social studies educators. And, Bradley admits that he voted, in his first term on the state board, for the state curriculum standards that call for students to study other cultures and religions.

But the campaign piece represents more than politics of fear. It’s a poignant example of the kind of logic, or illogic, that Bradley, the board’s vice chairman, applies to crucial decisions involving curriculum and textbook selection affecting every public schoolchild in this state.

This is the man who, in my column in April, called critical thinking “gobbledygook.” He’s one of the board members who scrapped recommendations from educators from 17 literacy organizations representing 13,000 teachers in favor of a new, back-to-basics — many would say backward — reading curriculum for the next decade that eliminates the teaching of comprehension in higher grades.

And, if re-elected, the social conservative who favors teaching the weaknesses of evolution theory will help decide science curriculum standards in Texas for the next decade.

Recently, he nominated a leading promoter of intelligent design as one of six “experts” to review proposed standards. (Two others are scientists with serious doubts about Darwin.)

The board under Bradley and Chairman Don McLeroy, a College Station Republican — neither of whom have a background in education — has veered so far out of control that lawmakers are contemplating the option of converting the elected board back to an appointed one.

I asked Bradley what bothered him so much about Ewing’s trip.

“I think Islamic curriculum is about the furthest thing that we need to be introducing into Texas classrooms,” he said, adding a bit later, “I think people are real sensitive about Islamic studies, given recent events in the United States.”

Some, like Ewing, believe that sensitivity should be best addressed with more education, not more ignorance.

But Bradley’s view of what our schools should offer is limited.

“I think we need to spend a whole lot more of our time and energy on reading, writing and arithmetic,” he told me. “And, you know, if there’s time to spare, the students might be able to spend a little time on some electives. But we’re doing a very poor job on reading, writing and arithmetic to be spending time, money and effort on other curriculums.”

And there you have it.

In 2008, the vice president of the board that decides what our children learn and what textbooks will teach it to them believes that science and social studies are unnecessary.

And traveling outside the country to learn about another culture is fodder for a political attack ad.