Jonah Raskin :
NBC’s Brian Williams and the causalities of war 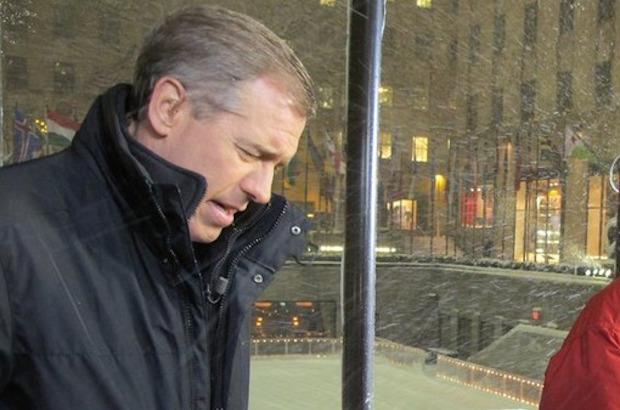 Most of us exaggerate and embellish at some time or another. We say that we run faster and further than we have actually run. We claim to be better, richer, wiser, and more experienced than we are.

It seems to be part of the human DNA, though news anchors and reporters aren’t supposed to magnify their roles in the making and unmaking of contemporary history. They’re supposed to hew to the facts and tell the truth.

So it came as something of a shock recently when it was revealed that Brian Williams, NBC’s anchor and the managing editor of the nightly news, had fudged the facts about his experiences in war-torn Iraq. He did it again and again for more than a decade as though no one would catch him, as though he was invincible.

Williams claimed that he’d been aboard a Chinook helicopter that was hit by enemy fire.

Indeed, Williams claimed that he’d been aboard a Chinook helicopter that was hit by enemy fire. He’d embedded himself far more deeply in the action than reality warranted.

He’d risked his own life to get the story — that was the implication and NBC played the story for all it was worth.

On March 26, 2003, the network went with the headline, “Target Iraq: Helicopter NBC’s Brian Williams Was Riding In Comes Under Fire.”

“Sorry dude, I don’t remember you being on my aircraft,” a crew member aboard the Chinook insisted. “I do remember you walking up about an hour after we had landed to ask me what had happened.”

Those comments appeared on Facebook and in Stars and Stripes, the military newspaper. Then they went viral and NBC went into damage control PR.

When it came to light that the helicopter in which he was a passenger had not been attacked, Williams apologized and then took a leave from NBC, the most popular network for news in the U.S.

Initial doubts about Williams’s veracity led to questions about his reporting from New Orleans during hurricane Katrina when he claimed that he witnessed a suicide and that he heard that another man had taken his own life by leaping from the upper deck of the Superdome. Dramatic stuff, indeed.

It’s not difficult to understand why he embellished and exaggerated. The stories he told added to his credibility as a reporter and an anchor, and by the same token undermined his credibility. He’d whipped up the news and then the news whipped him.

Ours is an age of exaggeration
and embellishment.

Ours is an age of exaggeration and embellishment. Whole industries, including advertising, public relations and publicity aim to blow up the facts, make stuff up, manufacture heroes and heroism, and create villains.

Reporters do as much damage as anyone else, though most reporters usually try to stay within the realm of the factual and the credible.

All writers exaggerate, George Orwell once said; it’s in the nature of the trade. Some facts are made to stand out, others are buried, lost, or forgotten.

The reporter shapes the story and by doing so transforms reality. He or she heats things up, brings them to a boil and allows them to simmer for weeks or even months. Reporters seem to become addicted to war, or so Chris Hedges has insisted.

In the war for ratings and for viewers it’s understandable that a network would want an anchor and a reporter who was an eyewitness to the news. Eyewitnesses are more valuable than those who obtain the facts second hand. They command higher salaries. They become celebrities.

The twentieth-century writer John Reed created a legend about himself in two classics about revolution, Insurgent Mexico and Ten Days that Shook the World. Reed didn’t just write about revolution, he saw it up close.

George Orwell described the Spanish Civil War in Homage to Catalonia just as he’d seen it, heard it, and smelled it.

Edward R. Murrow made a name for himself during World War II when he described on CBS radio the bombing of London that he actually witnessed.

The best reporters are in the right places at the right time. They seem to have an uncanny sense of where and when the news will break.

Brian Williams was in too many key places at two many different times.

Brian Williams was in too many key places at two many different times. He saw too much; he fabricated a resume that made him look almost superhuman. Real U.S. soldiers in Iraq resented his fibbing.

The deeper story here, I think, isn’t Williams’s own flamboyant personality and meteoric career, but the nature of war reporting itself, and specifically U.S. reporting about the wars in Iraq and Afghanistan.

Indeed, there has been far too little information about both wars. Too often reporters and news organizations have accepted the official White House story, whether it’s the Bush or the Obama White House.

U.S. media bought the Bush administration’s tale about weapons of mass destruction. Time and again NBC, CBS, ABC, and Fox have insisted that the U.S. had won the war against terrorists in Iraq and Afghanistan only to learn that warriors have taken to the streets again, that bombers are at work in Kabul, Baghdad, and other cities, and that the war goes on and on and on.

The solution to the problem of war reporting is an independent media that ferrets out the facts and that doesn’t buy the official story.

During the War in Vietnam body counts were always exaggerated by the Pentagon. Spokesmen for the military magnified the numbers of Viet Cong soldiers killed on battlefields and in jungles. The light was always just ahead at the end of the tunnel, and then Saigon fell to the Viet Cong and the U.S. evacuated.

As someone said long ago, the first casualty in a war is the truth.

Brian Williams helped to further wound the already wounded U.S. news media. Healing those wounds will take a long time. Hopefully, viewers will be more skeptical. Hopefully, they’ll demand better reporting, more accurate reporting. Hopefully, the networks will understand that they’re not the fourth branch of government, but the fourth estate, an independent entity that owes its allegiance not to corporations, governments, or special interest groups but to the truth itself.

[Jonah Raskin is a contributing editor at The Rag Blog, a professor emeritus at Sonoma State University where he taught communications, and the author most recently of A Terrible Beauty: The Wilderness of American Literature.]

1 Response to Jonah Raskin :
NBC’s Brian Williams and the causalities of war