Nearly 200 members of Congress could’ve signed on to a bill criminalizing free speech and legitimizing Israel’s occupation of Palestine. 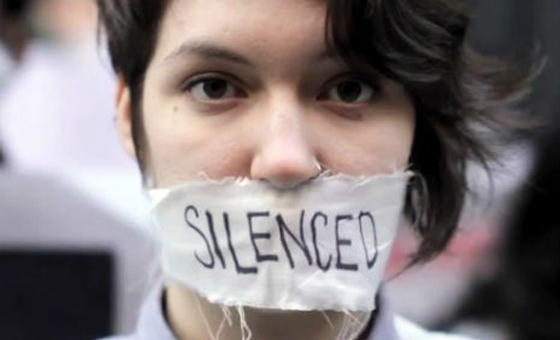 Democratic legislators have been busy lately fighting efforts by President Trump and Republican legislators to bulldoze millions of Americans out of health care, overturn the rule of law, and trample foreign policy.

So it might be little wonder that few congressmen — even liberals like Joe Kennedy, Claire McCaskill, or would-be presidential nominee Kirsten Gillibrand — took the time to read the details of S720 and HR 1697, the Israel Anti-Boycott Act, when presented to them by Senators Ben Cardin, Chuck Schumer, and Peter Roskam as legislation that would simply protect Israel from the impact of a growing world-wide Boycott, Sanction and Divestment (BDS) movement.

In fact as Roll Call reports, “The anti-boycott act is a rare bipartisan effort in 2017, with GOP Sen. Rob Portman co-sponsoring the bill. It has 31 Republican and 14 Democratic co-sponsors, and a similar House bill has 117 Republican and 63 Democrat co-sponsors.”

Hidden behind the benign language of the legislation, however, are laws that would criminalize even speaking out about a boycott while legitimizing Israel’s 50-year occupation of the West Bank — an occupation considered illegal by the world, and condemned even by the United States.

It would make opposition to Israel’s policies through peaceful boycotts a federal crime.

The American Israel Public Affairs Committee (AIPAC) is behind proposed legislation that would make opposition to Israel’s policies through peaceful boycotts a federal crime. Here is how the American Civil Liberties Union describes the Israel Anti-Boycott Act (S 720):

[It] would amend the Export Administration Act of 1979 and the Export-Import Bank Act of 1945 to bar U.S. persons from supporting boycotts against Israel, including its settlements in the Palestinian Occupied Territories, conducted by international governmental organizations, such as the United Nations and the European Union. It would also broaden the law to include penalties for simply requesting information about such boycotts. Violations would be subject to a minimum civil penalty of $250,000 and a maximum criminal penalty of $1 million and 20 years in prison.

What’s wrong with these bills? Just about everything. First and foremost, as the ACLU suggests, They trample on the First Amendment. Not only do they make boycotting a felony, but even speaking out in its favor or inquiring about it would be a punishable violation.

Beyond the First Amendment there are other serious problems. First and foremost is a backdoor attempt by AIPAC to change long-standing U.S. policy. Israel has imposed a military occupation on Palestine for the past 50 years, in violation of international law and even agreements that it made with the Palestinian Liberation Organization in 1995.

Israel has used its occupying force
as a land grab.

The longest standing military occupation in current history, Israel has used its occupying force as a land grab, now not only occupying all of the agreed upon land of Israel at the end of the 1967 conflict, but also taking control of more than 64 percent of the land that it agreed belonged to Palestine.

The bill also would delegitimize one of the few available paths to peaceful protest against policies with which anyone disagrees. Israel’s blatant violation of international law and Palestinian rights upsets many people — including, if the polls are to be believed, the majority of Jews in Israel and the majority of Jews in the United States who believe that a two-state solution, a state for Palestinians as well as a state for Israelis, is the only path to peace in the Middle East.

As we saw in South Africa, fighting for
ideas makes a difference.

While the U.S. regularly condemns each new settlement, which eats up Palestinian land and brings thousands more Jewish settlers and soldiers into the Occupied Territories, the condemnation has had little effect. It is in this context that individuals, church groups, human rights groups, Christians, Jews, young and old — choose the boycott as a peaceful path as they did when the farm workers fought to unionize the grapes, or in the South African struggle against apartheid. Such boycotts aim to raise consciousness more than to have an economic impact. But as we saw in South Africa, fighting for ideas makes a difference.

The AIPAC legislation was introduced in March by Maryland Senator Ben Cardin and Rob Portman and in the House by Congressmen Roskam and Vargas. Looking at the senators and representatives on the list of supporters gives one a bit of a shock. Liberal stalwarts such as Maria Cantwell should know better, and descendants of Eastern Europeans like Dan Lipinski or Chuck Schumer should look to Poland or Hungary and remember where crackdown on political speech leads.

Suppression of speech is a slippery slope. Too few spoke out when Steven Salaita’s contract to teach at the University of Illinois was rescinded for supposed anti-Semitic remarks (when the question should have been who was monitoring his more than 10,000 tweets to find four that could be considered offensive), and even fewer took notice when Illinois and California passed legislation barring their pension funds from investing in companies that boycott the State of Israel.

It should be no surprise that we’ve come to this point — where Americans could be prosecuted, jailed, and made penniless by exercising what they thought was their Constitutional right to dissent (not even with a U.S. policy but with Israel’s policies).

Now that the ACLU, J Street, and Americans for Peace Now have exposed the bills for what they are — brash attempts at delegitimizing free speech and legitimizing occupation — members of congress like Congressman Kennedy are beginning to back off. But more needs to be done. The mesmerizing antics of Trump can be all consuming — but if this legislation is not stopped in its tracks the deadly long term consequences of the bill should not be underestimated.

This article was published at HuffPost and was cross-posted by the author to The Rag Blog.

[Marilyn Katz is a writer, consultant and long-time political activist. She is president of MK Communications, a partner in Democracy Partners, and a founder and co-chair of Chicago Women Take Action. She can be contacted at mkatz@mkcpr.com.]