Medical Referrals: Another Part of the Problem with the American Health Care System 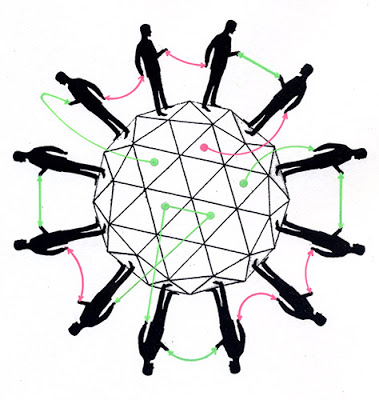 I was chatting recently with a doctor friend who was depressed because he thought he had lost a referral source.

I nodded hesitantly, unsure what he was driving at.

“So I understand something must have happened,” he said.

He threw up his hands, exasperated by my obliviousness. “He met someone else! He developed a relationship with another cardiologist.”

I smiled at the overwrought response, with its connotations of a romantic breakup. But to my friend, this was no joke. Like most specialists, his livelihood depends on referrals. And like most, he will go to great lengths to preserve his referral sources.

Physician-to-physician referrals are the currency of day-to-day transactions in medicine, but as with any currency, they can be manipulated.

Logic says that a referral should depend only on a patient’s needs and the reputation and skill of the physician to which the patient is referred. But medicine is a business too, so that isn’t how it always works in practice.

The talk springs up in every doctors’ lounge: “Dr. X is opening shop — let’s give him some business.” When my wife told me she wanted to start an endocrinology practice, I reassured her that I would send patients to her, and that so would my brother, also a doctor, and his friends. As far as I can tell, there are no restrictions on such a practice.

Studies suggest that physicians receive up to 45 percent of new patients by referral, usually from other physicians. Referral rates to specialists in the United States are estimated to be at least twice as high as in Great Britain.

The rates reflect several aspects of American medicine: increasing specialization, the lack of time for any doctor to give to complex cases, and fear of lawsuits over not consulting an expert. At the same time, referrals are a way for cash-strapped doctors to generate business.

When I was in training, simple referrals from internists, like patients with only mild hypertension, bothered me as a waste of time. Now that I am in practice, I welcome them. I haven’t changed my mind that these referrals are probably unnecessary, and there is plenty of evidence that wasteful expert consultation is adding to health costs and creating redundant care. But as a full-fledged doctor, I appreciate the business. It is hard not to view a referral as an overture from another physician, and it is equally hard not to return the favor.

There are limits, of course, on the autonomy of referring physicians, too. For instance, by federal law a doctor cannot refer patients to himself or to a business in which he has a significant financial stake, like a laboratory or imaging center, and he cannot be paid for a referral. The reasoning is that such behavior can interfere with clinical judgment, decrease quality and increase costs.

In 2006, Tenet Healthcare Corp., based in Dallas, agreed to pay $21 million to settle a whistleblower lawsuit asserting that a hospital it owned in San Diego had paid kickbacks to physicians for referrals. (Tenet did not admit wrongdoing.) That same year, a New Jersey teaching hospital was investigated for giving sham salaries to community doctors in a reported attempt to increase the number of referrals to its cardiac surgery program. Two cardiologists pleaded guilty to federal fraud charges.

But there are gray areas in practice. The Office of the Inspector General in the Department of Health and Human Services has investigated office space rentals, for example. Across the country, mobile medical imaging companies have made arrangements with internists to perform, in their offices, cardiac ultrasounds, which the companies send to cardiologists for interpretation. Insurance companies that cover the imaging pay the companies, and the companies pay rent to the internists. By law, these rent payments must reflect fair market value and be unrelated to the volume of patients referred by the internists for imaging. But according to doctors familiar with these agreements, that isn’t always the case.

When I asked whether it wasn’t just a form of a kickback, he shrugged.

“When the companies take more time, they have to pay more rent,” he said. “You don’t say it is per patient; you say per hour. But patients equal time.”

Though he no longer participates in these contracts, he was open about the payments — about $100 per patient — and he saw nothing wrong with them. “As internists, we don’t bill for procedures, so we have to figure out another way to make money,” he said. “Every little bit helps.”

Whether the rent payments amount to indirect kickbacks is an open question still being investigated by the inspector general. The real issue, I think, is not the rentals but a referral system that is too easily corrupted. There is so much pressure to generate referrals that lines become crossed.

Our health care system needs a different approach, one in which patients are not treated as commodities.

One possibility is what Gail Wilensky, a health policy expert, argued for this year in The New England Journal of Medicine: a single payment that would cover all physician services and hospital care for any one patient. A major driver of referral proliferation is that doctors are paid piecework. There is less of an incentive to increase volume if payments are bundled rather than discrete for every service.

A bundled-payments system is already in place for hospitals, dialysis centers and nursing homes. Extending such a strategy to individual doctors’ payments seems to be the logical next step.

[Sandeep Jauhar is a cardiologist on Long Island and the author of the recent memoir “Intern: A Doctor’s Initiation.”]

This entry was posted in RagBlog and tagged Health Care Reform, Medicine. Bookmark the permalink.

1 Response to Medical Referrals: Another Part of the Problem with the American Health Care System