Eugene V. Debs created and constantly evolved new approaches to the battle against capital and injustice. 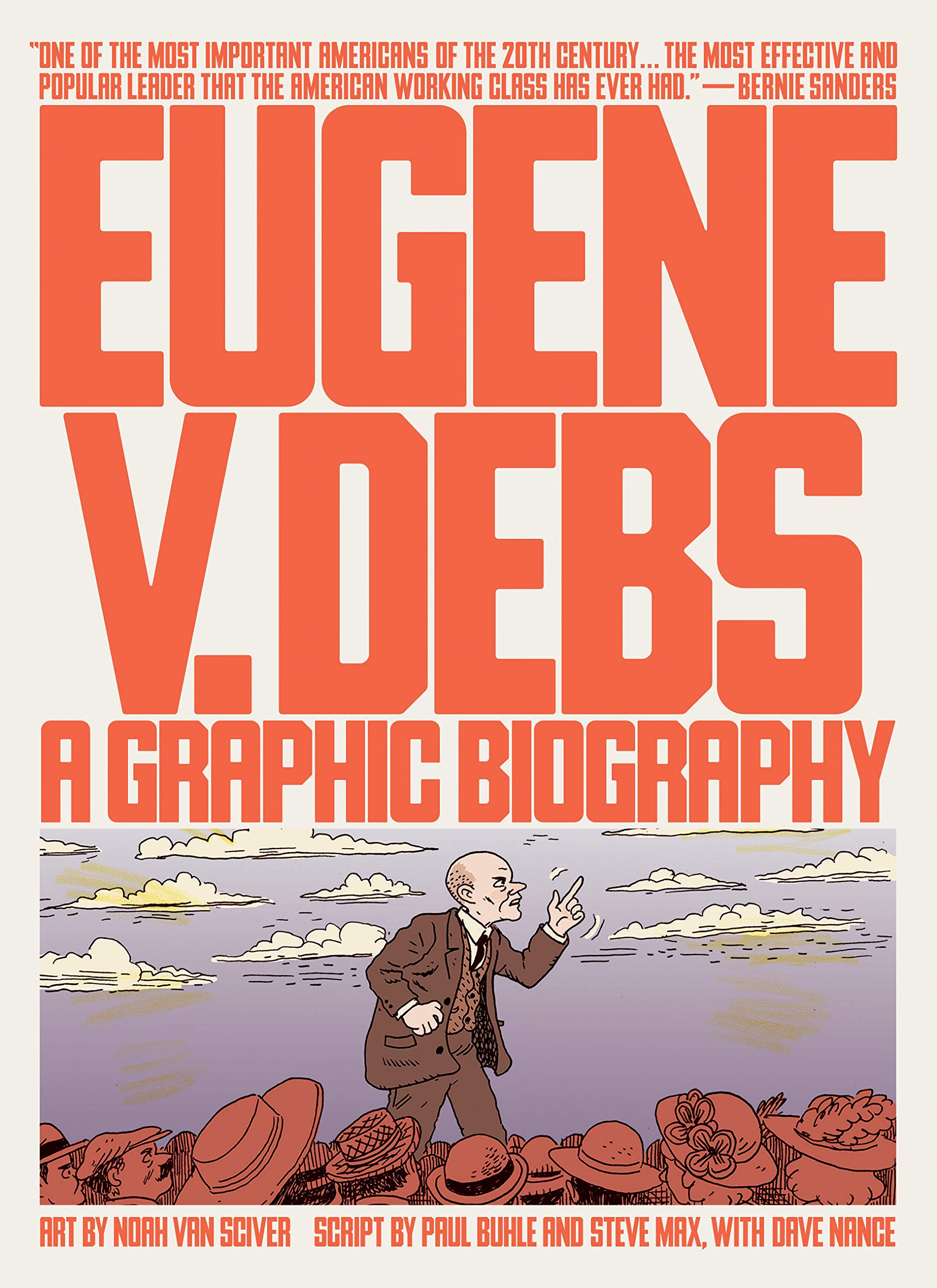 Paul Buhle, Steve Max, Dave Nance, and Noah Van Sciver have produced a new and delightful biography of Eugene Victor Debs, the iconic American socialist, told in a comic book format, although these days, the proper term is graphic book. The book, Eugene V. Debs: A Graphic Biography was published by Verso.

For Debs, who created and constantly evolved new approaches to the battle against capital and injustice, approaches that were always peculiarly American, a graphic book is the perfect vehicle to tell his biography.

Eugene Victor Debs is an icon of American Socialism. The man spoke of an American socialism in an American context in words that still resonate today. A labor organizer, he was one of the first to insist on industrial unionism. He was the primary organizer that helped create the Industrial Workers of the World, the legendary IWW. He was the driving force behind the formation of the Socialist Party. He supported women’s right to vote and defended their right to birth control. He was imprisoned for his pacifist speeches in WWI.

During those troubled years, Debs was an American moral force and, as such, is still largely unrecognized. And this biography presents, graphically, the direct line of succession of that moral force from Eugene Debs to Bernie Sanders.

In 1912, Debs received more votes as a Socialist than any Socialist candidate has since that time. 1912 was the high mark. The story of how that happened and why it faltered needs to be understood. And this graphic history is a short and excellent portrayal of the story.

Most histories of Debs’ life start out with his working life, toiling on the railroad as a fireman, shoveling coal into a furnace. And, indeed, artist Noah Van Sciver has some exquisite panels of Debs that depict his time working on the railroad.

But Paul Buhle — a noted historian and publisher — begins his script, his graphic biography, with an earlier and more hopeful start in which Debs’ French immigrant parents name him after two French humanist novelists — Eugene Sue and Victor Hugo. It turned out to be exceptionally appropriate. Eugene Victor Debs had the ability to write and deliver amazingly stirring and memorable speeches. Those who heard his speeches say he was as mesmerizing as his namesakes.

Perhaps the most eloquent and endearing and essential element of the Debs story is the end of his long and productive life in which he is imprisoned for speaking out against the stupidity of World War One. This is, again, the peculiarity of American Socialism. The European Socialists eagerly jumped the militaristic nationalist bandwagon, but Debs, the American Socialist, was imprisoned for loud and vocal pacifism and when sentenced gave his impassioned speech, still remembered: “If one person is of the lower class, then I am of the lower class. If one person is in prison, then I am not free.”

A labor unionist, a socialist, a pacifist, a supporter of women’s right to vote, an advocate of minorities’ rights, Eugene V. Debs was a towering figure in America.

This little graphic book is as much the story of American democratic socialism as it is the story of Eugene V. Debs. In the final section, it follows the Socialist saga from Eugene Debs to Norman Thomas to Michael Harrington to Bernie Sanders. A direct line of impassioned pleaders for justice and equality. The Socialist Party that was never successful politically but always pointed the way to the next set of changes. In one panel, Norman Thomas reflects that the New Deal was effectively the platform of the Socialist Party.

Understanding Eugene Debs’ story and his approach to an American socialism is vital to understanding the process of change in America.

A graphic novel is an oddly successful way of achieving this. Debs, shown in his trademark bow tie and his slouching way of walking and his determination to continue the fight in spite of his deteriorating health, is clearly illustrated and clearly sympathetic.

Debs is not the macho male revolutionary with the correct political strategy. Debs is the moral force of change. Debs saw wrongs and tried to make them right. Labor unions, women’s rights, racial equality, peace. He fought the good fight for decades.

The images show the story as only a graphic book can. Hitting the highlights and trouncing quickly from peak to peak of the story to tell it effectively.

There is also a Texas connection I’d like to point out. In the last section, where the historical lines are drawn to the present day, one panel depicts the Oleo Strut, a GI Coffeehouse in Killeen, Texas, that offered support to antiwar soldiers. It was enthusiastically supported by Students for a Democratic Society (SDS) activists from Austin. The peaceniks, apparently, were the sons and daughters of Debs and beautiful descendants of his pacifism in WWI.

This article was cross-posted to the People’s History in Texas blog.