The media’s reaction has been depressingly predictable. 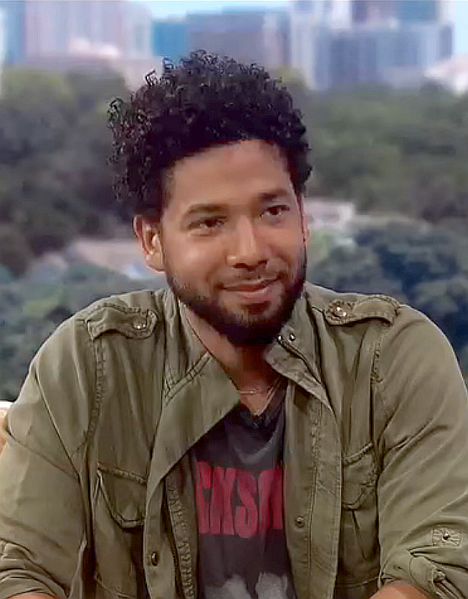 On January 29, actor Jussie Smollett made headlines after he claimed to be the victim of an assault. According to Smollett’s initial descriptions, he was accosted by two assailants who taunted him with racist and homophobic slurs, told him “this is MAGA country,” and left him with a rope around his neck. Now, Smollett is suspected of having staged the assault, and is awaiting trial for multiple felony charges.

The media’s reaction has been depressingly predictable. After initial reports of the attack, media outlets like CNN and MSNBC aired outpourings of support for Smollett, condemnation of his attackers, and commentary on the troubled state of our nation. Even Fox News published a handful of perfunctory articles covering the incident and the immediate follow-ups by the Chicago police department.

But after the news broke that Smollett was suspected of having orchestrated the attack, the tide turned. The right unleashed a new, well-practiced, holier-than-thy-fake-news campaign, hounding “the liberal media” for its anti-Trump bias. Mainstream (read: not hard-right) media, meanwhile, capitulated. But it need not have.

The coverage has remained overwhelmingly Smollett-centric.

On CNN and MSNBC, the coverage has remained overwhelmingly Smollett-centric: piece after piece remarks on why he did it, how he did it, what his bail is, what he’ll do now, whether he’ll return to television, what this means for his career, how he betrayed our trust. As it so often does, the 24-hour news abomination has missed the forest for one particularly garish and unattractive tree.

But what they should realize is that Smollett is no longer the issue at hand. The alleged minutiae of the case, if true, attest to one thing only: Jussie Smollett is a terrible criminal. What is important is what Smollett was trying to do: capitalize on our current zeitgeist. Smollett recognized an underlying sensation beholding our nation of late, and he tried to take advantage of it. The incident may have been fabricated; the current state of our collective American psyche certainly was not.

Hate crimes in 2017 — the latest year for which statistics are available — rose for the third straight year, up 17 percent from 2016. In the past year alone, two men — Cesar Sayoc and Christopher Hasson — have been arrested for planning to murder top Democrats and media figures who consistently oppose Donald Trump; five staff members of Maryland’s The Capitol were murdered in their office by a deranged gunman; 11 people were murdered during worship services at The Tree of Life Synagogue in an antisemitic act of terrorism; viral videos of Americans taunting or screaming at Spanish-speakers have become a dime a dozen; and 92 percent of African-Americans say they feel discriminated against on the basis of their race.

The fact that the media believed him should not be marked up to their credulity.

In this climate, it is entirely plausible that a person like Jussie Smollett — a minority, gay, and an outspoken critic of Donald Trump — could have suffered an attack like the one he alleged. The fact that the media believed him should not be marked up to their credulity, but rather to the nature of our times.

But enter the right. What restraint and objectivity Fox News might have shown at the onset of Smollett’s story quickly ceded to a wave of smug-eyed, garrulous punditry. The network has offered a largely unified takeaway on the true lesson of this unsavory incident: the media is bad; the media hates Trump; the media hates you if you support Trump. (Perhaps most representative was Sean Hannity’s recent, maddeningly unironic quip that “journalism in this country is dead”.)

As it so often does, the right has chosen an ideological battleground not of realities, but of interpretations; the tense state of race relations in this country, intensified by our president’s racism and his enablers, is not the issue. The issue is that Chris Cuomo and Don Lemon don’t like Donald Trump. Still, mainstream outlets have myriad ways in which they could respond to these attacks and keep their dignity intact; unfortunately, they often seem unwilling — or unable — to do so.

For when they are not focusing on the intricacies of Smollett’s wrongdoings, mainstream pundits are licking their own wounds. In one particularly puppy-eyed performance, CNN’s Chris Cuomo gave a tepid response to the right’s grandstanding: “don’t look for high ground,” Cuomo pleaded, as if Hannity and his cohort of hatemongers have ever held claim to such territory. Below Cuomo, a banner read, “Look for truth, not political victory.”

In today’s times, truth is a political victory.

But in today’s times, in which a pathological liar occupies the White House and the right-wing media unfailingly exalts the emperor’s ever-new clothes, truth is a political victory. And whenever the right shamelessly claims to wield the truth, it falls on the rest of us, wherever we fall on the political spectrum, to call them out on it.

The right has never apologized for their consistent, immoral disregard for the truth. They have no claim to the high ground.

The mainstream media, then, owes no apology. Not for Jussie Smollett’s lies, and certainly not to Sean Hannity or his ilk. Mainstream journalists must stand their ground when the far-right throws stones, rest assured of their standing in the moral arc of history, and leave charlatans like Smollett to be forgotten.

Near the end of the aforementioned bit of compunction, Chris Cuomo deprecated himself by claiming that Smollett’s situation was “far-fetched” from the get-go. In that moment, one wishes he would stick to sparring with Sarah Sanders. Because no, Mr. Cuomo, Jussie Smollett’s incident was never far-fetched. That’s the whole point.

[Evan Hearn studied Educational Sciences at the University of Buenos Aires in Argentina, where he worked as an educator and organizer for grassroots movements. He is currently pursuing a degree in journalism from the University of Texas and is an apprentice at Rag Radio on KOOP-FM in Austin.]