Ted McLaughlin :
Convicted felons and the right to vote

Eleven states don’t restore voting rights to ex-felons, but a substantial majority of Americans believe that they should. 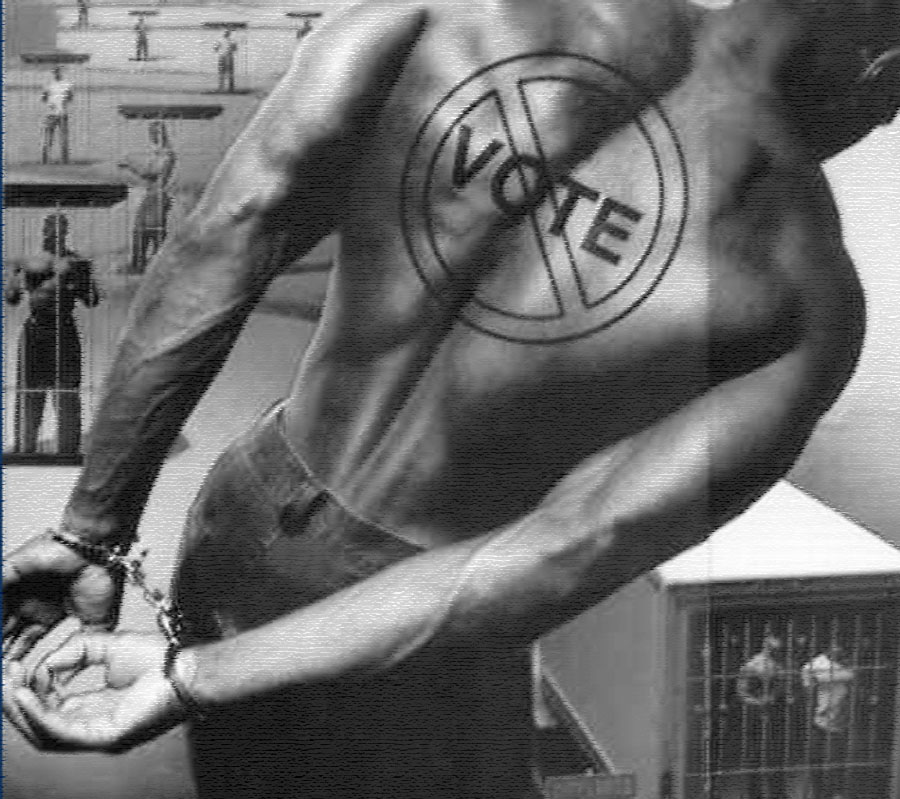 Attorney General Eric Holder brought up an interesting topic the other day while speaking at a criminal justice symposium at Georgetown University — the right to vote, or the denial of the right to vote for those who have committed a felony in the United States. This is important because it affects millions of potential voters in the United States.

While many voting rights are protected by the federal government and guaranteed by federal courts, there is one class of people in this country that have their right to vote determined on the state level. That is those who have been convicted of a felony crime. And the states do not agree on this issue.

Two states, Vermont and Maine, do not restrict the rights of convicted felons to vote at all (and they can vote by absentee ballot even while incarcerated). I like the position taken by these two states, because I think the right to vote is far too important to be taken away from any citizen — for any reason at all.

While I would prefer voting rights to not be restricted at all, the position taken by these states is not an unreasonable one (since it at least provides a path back to full citizenship).

There are 11 states that don’t seem to believe in rehabilitation.

But there are 11 states that do not allow anyone convicted of a felony ever to regain the right to vote — and I believe it is these states that the Attorney General was directing his remarks toward. These states don’t seem to believe in rehabilitation. For them, anyone making a mistake must be branded by that mistake for the rest of their lives (by denying them any hope of restoring themselves to full citizenship status). And this is just wrong.

I worked in various aspects of the criminal justice system for most of my working life. I fully understand that there are some who are lifelong criminals and will never rehabilitate. But there are also many who do rehabilitate themselves — who turn their lives around and become model citizens.

And this “second chance” should be encouraged by states (including providing that path back to full citizenship). We should never forget that many of our own ancestors came to this country seeking a second chance for some reason, and they got it. Providing a second chance is a very American thing.

Here are those 11 states (and the percentage of voters that they deny because of felony restrictions to voting): 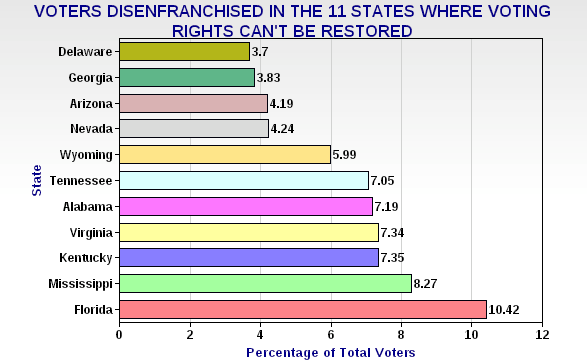 The 11 states that don’t restore voting rights to ex-felons.

There is no good reason not to do this — especially since our criminal justice system is not completely fair (and punishes minorities and poor people more than whites or the wealthy). Refusing to restore voting rights just continues the initial unfairness of the justice system for the rest of a person’s life. 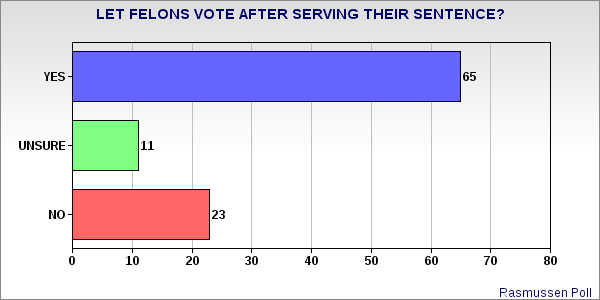 And I am not alone in believing felons deserve a chance to redeem themselves. A new Rasmussen Poll (conducted on February 12 and 13 of 1,000 likely voters nationwide, with a 3 point margin of error) shows a significant majority of Americans (65%) believe a people should be able to regain their voting rights once they have paid their debt to society.

They are right. Those offending 11 states need to change their rules — and if they won’t, maybe we should take care of this on the federal level. Voting is just too important a right to deny forever.

5 Responses to Ted McLaughlin :
Convicted felons and the right to vote