Ted McLaughlin : The Big Lie About Tax Breaks for the Rich 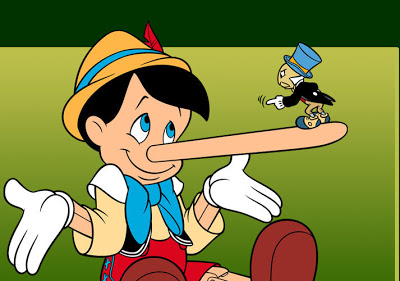 This is not just a lie — it is an outrageous lie. A Commerce Department report released on Tuesday shows that American businesses (especially large corporations) actually earned record profits in the third quarter of this year. For that quarter, American business show profits at an annual rate of $1.66 trillion — the highest figure since the government began keeping track over 60 years ago.

And the third quarter figures are not an anomaly. The profit figures for American businesses have grown for the last seven quarters in a row. There seems to be little doubt that this recession (which is still raging for the vast majority of Americans) is not affecting the corporations and the rich at all. They are doing better than ever.

This shows that the Republican claim that letting the rich have more money will create more jobs is nonsense. Even though their profits have gone up for the last seven quarters, there has not been any significant hiring. This should not surprise anyone. Businesses do not hire workers because they have a profit increase or a tax decrease. They hire workers because they need more workers to meet the demand for their goods or services.

And the opposite is also true. Businesses do not lay off workers because of higher taxes — they do it because they don’t need those workers to meet demand. To hire or fire workers for any reason other than demand would be foolish and very bad business practice.

So it would be silly to believe that giving these people, who are making record profits, a massive tax cut would create jobs. Study after study has shown that cutting taxes is a very poor job creator. The only thing that will spur job creation in the private sector is an increase in demand for products and services.

Giving the rich more money will not create that demand, since they already have enough money to buy whatever they want. The way to stimulate demand is to put more money in the hands of poor and working people, because that money must be spent and will boost the economy for everyone — both creating jobs and fattening the profits of businesses. 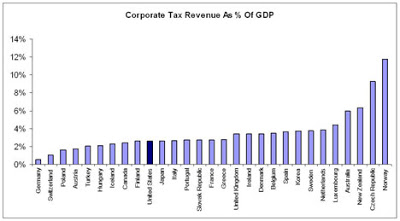 The other reason given by Republicans for cutting taxes for corporations and the super rich is that they are more heavily taxed than corporations and investors in other countries. The chart above shows that is simply not true. The effective tax rate paid by American corporations is actually less than in many other developed countries when looked at as a percentage of Gross Domestic Product (GDP).

As for investors, they actually pay a smaller percentage of their income in taxes than even middle class workers. That’s because they pay a capital gains tax instead of income tax (and capital gains are taxed at much lower rates than income received from actual work).

The rich and corporate entities are NOT being taxed at a higher rate than in other countries, and giving them even more money will not create significant job creation. To be blunt, there is only one reason the rich want further tax cuts — greed. And this greed, while it may fill Republican campaign coffers for future elections, will just further damage the economy for most Americans, by stunting job creation and increasing the vast gulf between the income and wealth of the richest Americans and the rest of America.

While it might make sense to continue taxing most Americans at a lower rate because they are still being hurt badly by the continuing recession — such a case cannot be made for the richest 2% of Americans. Giving them a further tax cut will just increase the deficit while doing nothing to help the economy.

The rich know this — most are just so greedy that they don’t care. It doesn’t matter to them that politicians are considering cutting programs like Social Security, Medicare, Medicaid, unemployment insurance, and the minimum wage (programs that help Americans who really need help) as long as they can fatten their already bulging bank accounts. I say “most” because there are a few of the rich who will admit the truth.

Billionaire Warren Buffett is one of the few rich men/women who is brave enough to tell the truth. He knows that most Americans are hurting in this recession while the rich are not. He also knows that the rich owe their society and their country more, because they have been given or have been able to make more. Listen to what he told Christiane Amanpour in an interview that is to air on November 28th on ABC:

If anything, taxes for the lower and middle class and maybe even the upper middle class should even probably be cut further. But I think that people at the high end — people like myself — should be paying a lot more in taxes. We have it better than we’ve ever had it.

The rich are always going to say that, you know, just give us more money and we’ll go out and spend more and then it will all trickle down to the rest of you. But that has not worked the last 10 years, and I hope the American public is catching on.

As Buffett says, the “trickle down” theory of economics has already been discredited. It should be tossed into the trashbin of history. The rich are being taxed at a lower rate than at any time since before World War II, and that would still be true if the Bush tax cuts for the rich were allowed to expire.

What this country needs is a lot of new jobs (and I don’t mean minimum wage jobs). Tax cuts for the rich will not accomplish that.

3 Responses to Ted McLaughlin : The Big Lie About Tax Breaks for the Rich