The Death of Reaganomics 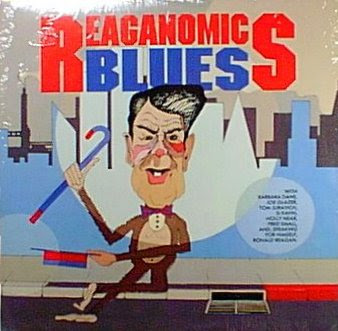 The biggest political story of 2008 is getting little coverage. It involves the collapse of assumptions that have dominated our economic debate for three decades.

Since the Reagan years, free-market clichés have passed for sophisticated economic analysis. But in the current crisis, these ideas are falling, one by one, as even conservatives recognize that capitalism is ailing.

You know the talking points: Regulation is the problem and deregulation is the solution. The distribution of income and wealth doesn’t matter. Providing incentives for the investors of capital to “grow the pie” is the only policy that counts. Free trade produces well-distributed economic growth, and any dissent from this orthodoxy is “protectionism.”

The old script is in rewrite. “We are in a worldwide crisis now because of excessive deregulation,” Rep. Barney Frank, D-Mass., the chairman of the House Financial Services Committee, said in an interview.

He notes that in 1999 when Congress replaced the New Deal-era Glass-Steagall Act with a looser set of banking rules, “we let investment banks get into a much wider range of activities without regulation.” This helped create the subprime mortgage mess and the cascading calamity in banking.

While Frank is a liberal, the same cannot be said of Ben Bernanke, the chairman of the Federal Reserve. Yet in a speech on Tuesday, Bernanke sounded like a born-again New Dealer in calling for “a more robust framework for the prudential supervision of investment banks and other large securities dealers.”

Bernanke said the Fed needed more authority to get inside “the structure and workings of financial markets” because “recent experience has clearly illustrated the importance, for the purpose of promoting financial stability, of having detailed information about money markets and the activities of borrowers and lenders in those markets.” Sure sounds like Big Government to me.

This is the third time in 100 years that support for taken-for-granted economic ideas has crumbled. The Great Depression discredited the radical laissez-faire doctrines of the Coolidge era. Stagflation in the 1970s and early ’80s undermined New Deal ideas and called forth a rebirth of radical free-market notions. What’s becoming the Panic of 2008 will mean an end to the latest Capital Rules era.

What’s striking is that conservatives who revere capitalism are offering their own criticisms of the way the system is working. Irwin Stelzer, director of the Center for Economic Policy Studies at the Hudson Institute, says the subprime crisis arose in part because lenders quickly sold their mortgages to others and bore no risk if the loans went bad.

“You have to have the person who’s writing the risk bearing the risk,” he says. “That means a whole host of regulations. There’s no way around that.”

While some conservatives now worry about the social and economic impact of growing inequalities, Stelzer isn’t one of them. But he is highly critical of “the process that produces inequality.”

“I don’t like three of your friends on a board voting you a zillion dollars,” Stelzer, who is also a business consultant, told me. “A cozy boardroom back-scratching operation offends me.” He argues that “the preservation of the capitalist system” requires finding new ways of “linking compensation to performance.”

Frank takes a similar view, arguing that CEOs “benefit substantially if the risks they take pay off” but “pay no penalty” if their risks lead to losses or even catastrophe—another sign that capitalism, in its current form, isn’t living by its own rules.

Frank also calls for new thinking on the impact of free trade. He argues it can no longer be denied that globalization “is a contributor to the stagnation of wages and it has produced large pools of highly mobile capital.” Mobile capital and the threat of moving a plant abroad give employers a huge advantage in negotiations with employees. “If you’re dealing with someone and you can pick up and leave and he can’t, you have the advantage.”

“Free trade has increased wealth, but it’s been monopolized by a very small number of people,” Frank said. The coming debate will focus not on shutting globalization down but rather on managing its effects with an eye toward the interests of “the most vulnerable people in the country.”

In the presidential campaign so far, John McCain has been clinging to the old economic orthodoxy while Barack Obama has proposed a modestly more active role for government. But the economic assumptions are changing faster than the rhetoric of the campaign. “Reality has broken in,” says Frank. And none too soon.