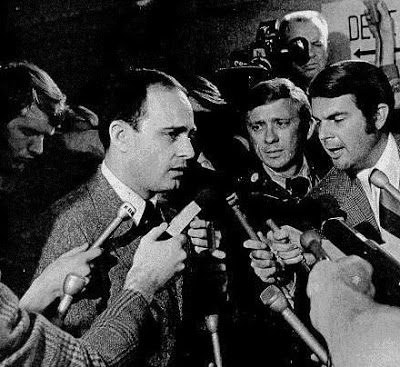 Vincent Bugliosi during his prosecution of Charles Manson, January, 1971. Photo by Curt Gunther.
Holds Bush responsible for
deaths of more that 4,000 GIs

He has also had twenty-one successful murder prosecutions.

He believes beyond any shadow of a doubt that George W. Bush can be, and should be, indicted for the crime of murder for the death of over 4,000 US servicemen.

In spite of his sterling reputation and his undeniable success as an author no US publisher would issue his book and he has been largely ignored by the US news media.

A fascinating interview with Alex Jones.

To see the inteview with Vincent Bugliosi, go to Brasscheck TV.

Thanks to telebob / The Rag Blog