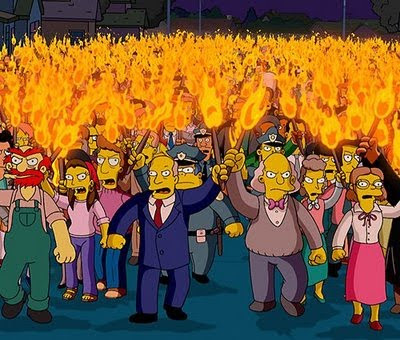 See full text of letter, Below.

The CtW Investment Group called on the Whole Foods Market (NYSE:WFMI) board to remove CEO John Mackey as Chairman and to begin the process of naming a new CEO in a letter to Whole Foods’ lead independent director, Dr. John Elstrott, yesterday afternoon [October 24, 2009]. Citing the risk to Whole Foods’ brand reputation caused by Mr. Mackey’s editorial opposing President Obama’s proposed healthcare reform, CtW urged the board to take immediate action to prevent continued damage in the face of a quickly-growing boycott by Whole Foods’ progressive customer base.

“Mr. Mackey attempted to capitalize on the brand reputation of Whole Foods to champion his personal political views, but has instead deeply offended a key segment of Whole Foods consumer base,” said CtW Investment Group Executive Director Bill Patterson. “This is not the first time Mr. Mackey’s unsanctioned communications have damaged Whole Foods’ image with consumers and investors. At a time when shareholders are looking for Whole Foods’ management to focus on improving operations in an uncertain economy, we can not afford the risk to our Company’s brand reputation caused by Mr. Mackey’s indiscretion. He has become a liability and the board should begin the process of identifying a suitable replacement.” 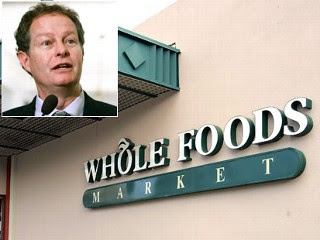 Protesters and unhappy customers have taken to the streets and to social networking sites to express their displeasure regarding Whole Foods chief executive John Mackey’s recent Wall Street Journal op-ed column. Some are threatening to boycott the store altogether.

The column, which appeared on Aug. 12, was critical of President Obama’s healthcare plan. It urged the country to embrace a more free-market healthcare system. “A careful reading of both the Declaration of Independence and the Constitution will not reveal any intrinsic right to healthcare, food or shelter. That’s because there isn’t any. This ‘right’ has never existed in America,” Mackey wrote in the piece.

Today, members of the Washington, D.C.-based United Food and Commercial Workers Union demonstrated outside Whole Foods stores in two locations in Ohio and plan to continue disseminating educational materials to shoppers over the next few weeks.

The group has emphasized the incongruity between Mackey’s assertions and the brand image that Whole Foods has built. “Whole Foods has attempted to wrap itself in a progressive image, but when you peel back the layers you see that it is run by an executive who repeatedly pushes extreme positions,” said Scott Frotman, spokesman for the union. “Frankly, Mackey’s ideology seems more in line with the radical tea baggers harassing people at town hall meetings than the men and women waiting in line to buy organic green tea in his stores.”

“While Whole Foods Market has no official company-wide position on the healthcare reform issue, we would not want our very successful and sustainable healthcare coverage to be jeopardized,” said the company in a statement. “We have heard from individuals who both agree and disagree with John’s ideas, as there are many opinions and emotions surrounding the ongoing healthcare reform issue, including lots of differing views here inside of Whole Foods Market. We appreciate those diverse perspectives, but it is unfortunate there is misinformation and confusion out there to cloud John’s good intentions.”

Whole Foods sent out letters to customers apologizing for any offense that may have been created and started a forum on its Web site for discussion of healthcare reform (Currently it has over 17,000 posts, compared to 249 on favorite recipe swaps.)

Still, consumers are likely to lump the CEO’s personal opinion together with the brand. Especially considering Whole Foods has a highly engaged customer base, many of whom are deeply concerned about the issues of health and food, said Amy Shea, global director of Brand Keys. “It becomes problematic for a brand when you have the emotional side firing, and that’s what [Mackey] did, he tripped that wire. It’s never a good idea for a CEO to do an op-ed piece on such a volatile topic. Of all the topics he could have chosen, he chose one that is very, very close to the space in which the brand participates.”

Events of the past week establish yet again that John Mackey’s lack of personal discipline makes him a liability for Whole Foods Market, Inc. Despite past indications that the board needed to exercise independent oversight of Mr. Mackey and supervise his external communications closely – most notably his postings on the Yahoo! Finance bulletin board, which led to an SEC inquiry – you and your fellow directors failed to take meaningful action to prevent Mr. Mackey’s uncompensated brand and reputational risk to our Company.

The board must now recognize that managing reputational risk is central to building shareholder value at Whole Foods and act accordingly. Replacing Mr. Mackey as Chairman and CEO is the critical first step in this process. We first raised questions regarding Mr. Mackey’s leadership in a July 25, 2007 letter to you in which we called on the board to immediately remove him as Chairman and determine what additional steps were warranted in response to Mr. Mackey’s ill-advised Yahoo! Finance postings. As a result of the board’s inaction, Mr. Mackey’s indiscretion has continued to place our Company’s brand reputation at risk. We therefore call on the board to immediately undertake the following:

Whole Foods is the leading national provider of natural and organic foods, and as such has benefitted from growing environmental and health consciousness among affluent urban consumers. However, this leading position makes Whole Foods uniquely vulnerable to disaffection from these core customers if they perceive that the company is not managed in a manner consistent with their values. Following the publication of Mr. Mackey’s op-ed piece opposing President Obama’s health care reform proposal on August 16, 2009, Whole Foods customers have reacted with outrage: at least 26,000 have now joined a Whole Foods Boycott page on Facebook. Numerous commentators have noted that a boycott of Whole Foods by politically progressive customers could cause a significant loss of shareholder value. We note with apprehension that the Company’s letter of apology to customers – the necessity of which reinforces our concerns – appears to have done nothing to soften the backlash against Mr. Mackey, and unfortunately, Whole Foods itself.

While we respect Mr. Mackey’s First Amendment right to express his political views, as he did for instance in noting that the Constitution contains no “right” to health care, we hasten to point out that neither the First Amendment nor any other provision of the Constitution give Mr. Mackey or any other CEO the right to retain their position regardless of behavior or performance. Moreover, Mr. Mackey’s article was not a citizen’s “letter to the editor,” but a lengthy op-ed that explicitly tied him to Whole Foods by identifying him as the CEO. Given Whole Foods’ unique exposure to a key segment of the customer base, Mr. Mackey’s decision to express his views in such a public way, and on an issue of such enormous moment, seems ill-advised at best.

As noted above, we first called on the board to remove Mr. Mackey as chairman and to evaluate his suitability as director and CEO in a letter to you over two years ago. In that letter, we specifically called the board to investigate whether Mr. Mackey’s Yahoo! Finance postings violated Whole Foods’ code of conduct and to establish clear disciplinary policies for unsanctioned executive communications. Unfortunately, you failed to take any meaningful action, and now Whole Foods shareholders again face potentially damaging fallout from unmanaged and uncompensated reputational risk.

Similar inaction now is unacceptable. The board must act immediately to address the burgeoning crisis caused by Mr. Mackey’s undisciplined behavior or shareholders will have little option but to conclude that you and your fellow directors are unable or unwilling to hold management accountable.