A Country of Vast Designs and Expectations 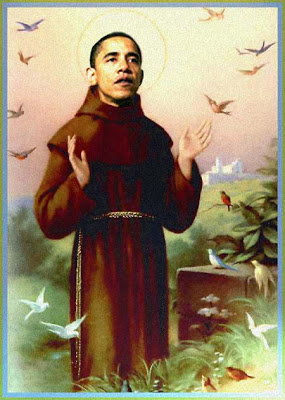 Our Friend Betsy Gaines, who sent this article to me, remarked, “I love this article. I am an optimist.” Perhaps I am less so, but I want to be. Just last night, I shared something I have come to believe about living a human life: “Leave your expectations behind, and let your hopes guide your choices.” I do not know if it is sound advice, but I have watched my own expectations dash my reality more than once in events so painful I still cannot face them in conversation without becoming emotional. Maybe it is different when we let ourselves expect things of our nation. My experiences speak only to our Humanity.

This column will probably get Barack Obama in trouble, but that’s not my problem. I cannot tell a lie: Many Egyptians and other Arab Muslims really like him and hope that he wins the presidency.

I have had a chance to observe several U.S. elections from abroad, but it has been unusually revealing to be in Egypt as Barack Hussein Obama became the Democrats’ nominee for president of the United States.

While Obama, who was raised a Christian, is constantly assuring Americans that he is not a Muslim, Egyptians are amazed, excited and agog that America might elect a black man whose father’s family was of Muslim heritage. They don’t really understand Obama’s family tree, but what they do know is that if America — despite being attacked by Muslim militants on 9/11 — were to elect as its president some guy with the middle name “Hussein,” it would mark a sea change in America-Muslim world relations.

Every interview seems to end with the person I was interviewing asking me: “Now, can I ask you a question? Obama? Do you think they will let him win?” (It’s always “let him win” not just “win.”)

It would not be an exaggeration to say that the Democrats’ nomination of Obama as their candidate for president has done more to improve America’s image abroad — an image dented by the Iraq war, President Bush’s invocation of a post-9/11 “crusade,” Abu Ghraib, Guantánamo Bay and the xenophobic opposition to Dubai Ports World managing U.S. harbors — than the entire Bush public diplomacy effort for seven years.

Of course, Egyptians still have their grievances with America, and will in the future no matter who is president — and we’ve got a few grievances with them, too. But every once in a while, America does something so radical, so out of the ordinary — something that old, encrusted, traditional societies like those in the Middle East could simply never imagine — that it revives America’s revolutionary “brand” overseas in a way that no diplomat could have designed or planned.

I just had dinner at a Nile-side restaurant with two Egyptian officials and a businessman, and one of them quoted one of his children as asking: “Could something like this ever happen in Egypt?” And the answer from everyone at the table was, of course, “no.” It couldn’t happen anywhere in this region. Could a Copt become president of Egypt? Not a chance. Could a Shiite become the leader of Saudi Arabia? Not in a hundred years. A Bahai president of Iran? In your dreams. Here, the past always buries the future, not the other way around.

These Egyptian officials were particularly excited about Obama’s nomination because it might mean that being labeled a “pro-American” reformer is no longer an insult here, as it has been in recent years. As one U.S. diplomat put it to me: Obama’s demeanor suggests to foreigners that he would not only listen to what they have to say but might even take it into account. They anticipate that a U.S. president who spent part of his life looking at America from the outside in — as John McCain did while a P.O.W. in Vietnam — will be much more attuned to global trends.

My colleague Michael Slackman, The Times’s bureau chief in Cairo, told me about a recent encounter he had with a worker at Cairo’s famed Blue Mosque: “Gamal Abdul Halem was sitting on a green carpet. When he saw we were Americans, he said: ‘Hillary-Obama tied?’ in thick, broken English. He told me that he lived in the Nile Delta, traveling two hours one way everyday to get to work, and still he found time to keep up with the race. He didn’t have anything to say bad about Hillary but felt that Obama would be much better because he is dark-skinned, like him, and because he has Muslim heritage. ‘For me and my family and friends, we want Obama,’ he said. ‘We all like what he is saying.’ ”

Yes, all of this Obama-mania is excessive and will inevitably be punctured should he win the presidency and start making tough calls or big mistakes. For now, though, what it reveals is how much many foreigners, after all the acrimony of the Bush years, still hunger for the “idea of America” — this open, optimistic, and, indeed, revolutionary, place so radically different from their own societies.

In his history of 19th-century America, “What Hath God Wrought,” Daniel Walker Howe quotes Ralph Waldo Emerson as telling a meeting of the Mercantile Library Association in 1844 that “America is the country of the future. It is a country of beginnings, of projects, of vast designs and expectations.”

That’s the America that got swallowed by the war on terrorism. And it’s the America that many people want back. I have no idea whether Obama will win in November. Whether he does or doesn’t, though, the mere fact of his nomination has done something very important. We’ve surprised ourselves and surprised the world and, in so doing, reminded everyone that we are still a country of new beginnings.

With Thanks to Betsy Gaines / The Rag Blog

1 Response to A Country of Vast Designs and Expectations