The first 87 episodes, airing on PBS, have been witty, dramatic, and major fun. 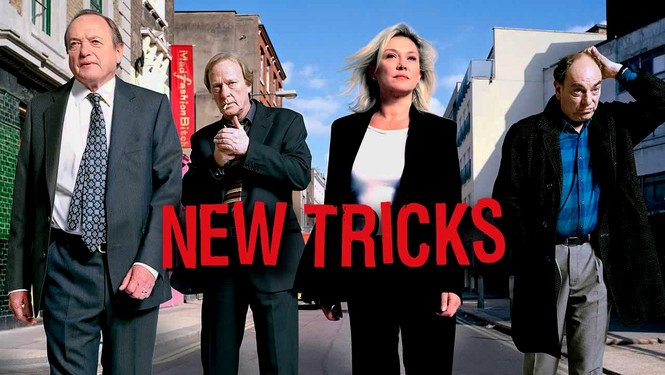 Since 2004, New Tricks has aired 87 terrific episodes over 11 seasons, switching to a fun new cast over the past two years. Created by Nigel McCrery and Roy Mitchell, it has employed 31 writers.

The series has been broadcast in more than 25 countries and has become a beloved PBS staple. England’s Guardian declared: “New Tricks is that rarity: a genuinely funny crime series, generously stuffed with throwaway jokes and pauses so perfectly timed.”

It has been nominated for six European awards, winning the 2009 Television and Radio Industries Club award for “Best TV Crime Program.” Amanda Redman was nominated for the TV Quick “Best Actress” award and the Writers’ Guild of Great Britain nominated seven of the writers for another honor.

Three retired English police officers are brought back to reexamine cold cases as the Unsolved Crime and open Case squad of the Metropolitan Police Service, headed by Detective Superintendent Sandra Pullman (Redman), who got saddled with the team after accidentally shooting a dog during a hostage situation. 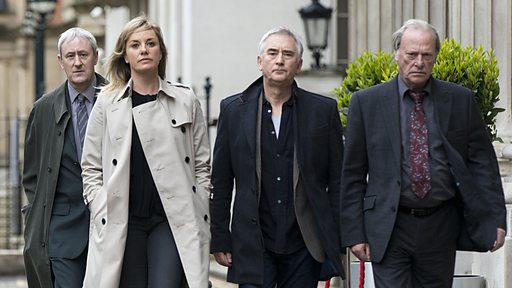 The delightful cast includes Dennis Waterman (who has performed in 83 series, most notably The Sweeney), James Bolam (who has 91 film and TV credits and two Best Actor noms for When the Boat Comes In) and Alun Armstrong (130 TV and film credits and was hilarious as the original Thernardier in Les Miserables). Amanda Redman won “Best Supporting Actress” for the film Sexy Beast and garnered two nominations for At Home With the Braithwaites.

After 69 episodes, Bolam was replaced by talented Scottish actor Denis Lawson (91 credits including three Star Wars films and Emmy and a BAFTA noms for Bleak House).

After Armstrong and Redman left the series in 2013, they were replaced by popular thespians Tamzin Outhwaite (six noms and three wins for “Best Actress” and “Sexiest Female” for Eastenders) and Nicholas Lyndhurst (seven noms and two wins for Only Fools and Horses and Goodnight Sweetheart.) I believe that Dennis Waterman, who sings the closing theme, is still in the cast after 87 appearances.

While it deals intelligently with the solving of a wide range of cold cases, the series features much humor and quirky character work. Brian Lane (Armstrong) is an obsessive-compulsive recovering alcoholic with an astonishing memory who rides a bicycle to work and often inadvertently gets himself into trouble.

Jack Halford (Bolam) talks to his dead wife and goes on a dangerous crusade to track down the major crime boss who intentionally ran her down with his car.  Jerry Standing (Waterman) is a very colorful ladies’ man who gets on well with his three ex-wives and four daughters and has a gambling weakness. Boss Sandra Pullman is ambitious and competitive and has a disastrous love life, sometimes with scoundrels.

My PBS station runs New Tricks episodes every Saturday night, and Mrs. Waldman and I always enjoy them. Nine series of this fun show are currently on Netflix, and many are on YouTube. Here’s one.