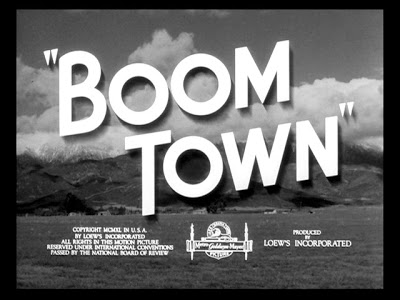 Is this picture too rosy?
Austin economy called second strongest

Here’s the proud headline from the October 23, 2009, Austin Business Journal:

Here are the Austin numbers and the context:

Austin, a high-tech center, is also home to the University of Texas. Employment in the Austin metro peaked in the fourth quarter of last year. Gross metropolitan product peaked in the second quarter. Home prices grew 2.5% in the second quarter compared with the same period a year earlier. And the unemployment rate in June was 7.1%, up 2.6 points from a year earlier. (Please see below for the various criteria used by the Brookings Institution to determine the overall ranking.)

So we click on over to Brookings to find out how they got their information. It turns out they compile something called the GMP or Gross Metropolitan Product. But where does Brookings get its numbers? It turns out that they don’t actually compile their own information, but rather they process information collected by the feds, which we can see by going here and here.

The second link above reveals the following interesting information.

The metropolitan (statistical) areas used by BEA for its entire series of GDP statistics are the county-based definitions developed by the Office of Management and Budget (OMB) for federal statistical purposes and last updated in November 2008.

In other words, when you drill down, the Austin economy didn’t really boom so much as it did less badly than most areas of the United States. The Austin area unemployment rate rose over the last year from 4.5% to its current 7.1% . Also go here for what is probably the most recent employment info, closely tracking the Business Week numbers. It indicates that Austin area unemployment rose from 4.6% to 7.2 from Sept. 2008 to Sept. 2009.

This fairly recent employment data indicates that Austin regional employment actually increased less than 1% year over the year — from about 832,000 to 839,000, even as area unemployment increased sharply. This slight job increase is good, but not not much to brag about; it is likely partly due to the stabilizing effect of government and education, since these factors buffer the Austin economy from decline more than most places.

The #2 rank of Austin’s Gross Metro Product used by Brookings is a snapshot of old federal data, and is likely to reflect the recent boom in construction. But construction has recently decreased sharply. In fact, construction has decreased by more than 20% in the past year. Here is the relevant headline and some numbers.

We don’t have enough good recent data to draw the conclusions that the local business press likes to brag about. There is no doubt that Austin is doing less badly than most areas of the USA, but Austin’s metro area unemployment has risen sharply in the past year. Construction, one of Austin’s historically important growth sectors, is headed sharply downward. What drives construction employment is of course high growth in other sectors like government, education, and high tech manufacturing. Of these, government was still increasing steadily and rapidly from 2001 to 2008, (the latest numbers available). Likewise, the real estate sector.

However, with deficits increasing on every level of government, it is questionable whether government can continue to pull the Austin area economy, or whether the charts would look the same if extended to 2008-2009.

Interested in high tech business trends? Too bad. The software sector and computer manufacturing sector numbers are suppressed. Also “education and health services.” As the federal Bureau of Economic Analysis puts it: “Not shown in order to avoid the disclosure of confidential information.” What local economic data is not considered to be secret is revealed here. You can generate line charts for the non-confidential sectors of the Austin-Round Rock metro area economy here.