Beware the New New Thing AND The Already Thing 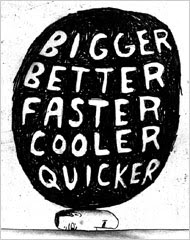 Recently, the House Judiciary Committee’s antitrust task force invited me to be the lead witness for its hearing on “net neutrality.” I’ve collaborated with the Future of Music Coalition, and my band, OK Go, has been among the first to find real success on the Internet — our songs and videos have been streamed and downloaded hundreds of millions of times (orders of magnitude above our CD sales) — so the committee thought I’d make a decent spokesman for up-and-coming musicians in this new era of digital pandemonium.

I’m flattered, of course, but it makes you wonder if Nancy Pelosi and John Boehner sit around arguing who was listening to Vampire Weekend first.

If you haven’t been following the debate on net neutrality, you’re not alone. The details of the issue can lead into realms where only tech geeks and policy wonks dare to tread, but at root there’s a pretty simple question: How much control should network operators be allowed to have over the information on their lines?

Most people assume that the Internet is a democratic free-for-all by nature — that it could be no other way. But the openness of the Internet as we know it is a byproduct of the fact that the network was started on phone lines. The phone system is subject to “common carriage” laws, which require phone companies to treat all calls and customers equally. They can’t offer tiered service in which higher-paying customers get their calls through faster or clearer, or calls originating on a competitor’s network are blocked or slowed.

These laws have been on the books for about as long as telephones have been ringing, and were meant to keep Bell from using its elephantine market share to squash everyone else. And because of common carriage, digital data running over the phone lines has essentially been off limits to the people who laid the lines. But in the last decade, the network providers have argued that since the Internet is no longer primarily run on phone lines, the laws of data equality no longer apply. They reason that they own the fiber optic and coaxial lines, so they should be able to do whatever they want with the information crossing them.

Under current law, they’re right. They can block certain files or Web sites for their subscribers, or slow or obstruct certain applications. And they do, albeit pretty rarely. Network providers have censored anti-Bush comments from an online Pearl Jam concert, refused to allow a text-messaging program from the pro-choice group Naral (saying it was “unsavory”), blocked access to the Internet phone service (and direct competitor) Vonage and selectively throttled online traffic that was using the BitTorrent protocol.

The Internet shouldn’t be harnessed for the profit of a few, rather than the good of the many; value should come from the quality of information, not the control of access to it.

When the network operators pull these stunts, there is generally widespread outrage. But outright censorship and obstruction of access are only one part of the issue, and they represent the lesser threat, in the long run. What we should worry about more is not what’s kept from us today, but what will be built (or not built) in the years to come.

We hate when things are taken from us (so we rage at censorship), but we also love to get new things. And the providers are chomping at the bit to offer them to us: new high-bandwidth treats like superfast high-definition video and quick movie downloads. They can make it sound great: newer, bigger, faster, better! But the new fast lanes they propose will be theirs to control and exploit and sell access to, without the level playing field that common carriage built into today’s network.

They won’t be blocking anything per se — we’ll never know what we’re not getting — they’ll just be leapfrogging today’s technology with a new, higher-bandwidth network where they get to be the gatekeepers and toll collectors. The superlative new video on offer will be available from (surprise, surprise) them, or companies who’ve paid them for the privilege of access to their customers. If this model sounds familiar, that’s because it is. It’s how cable TV operates.

We can’t allow a system of gatekeepers to get built into the network. The Internet shouldn’t be harnessed for the profit of a few, rather than the good of the many; value should come from the quality of information, not the control of access to it.

For some parallel examples: there are only two guitar companies who make most of the guitars sold in America, but they don’t control what we play on those guitars. Whether we use a Mac or a PC doesn’t govern what we can make with our computers. The telephone company doesn’t get to decide what we discuss over our phone lines. It would be absurd to let the handful of companies who connect us to the Internet determine what we can do online. Congress needs to establish basic ground rules for an open Internet, just as common carriage laws did for the phone system.

The Internet, for now, is the type of place where my band’s homemade videos find a wider audience than the industry’s million-dollar productions. A good idea is still more important than deep pockets. If network providers are allowed to build the next generation of the Net as a pay-to-play system, we will all pay the price.

Damian Kulash Jr. is the lead singer for OK Go. 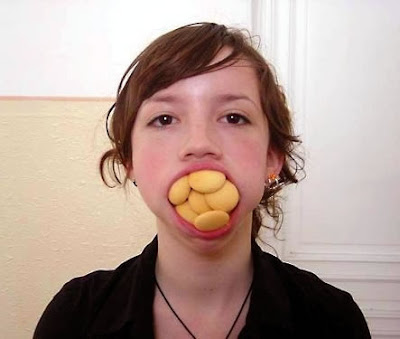 The Already Big Thing on the Internet: Spying on Users
By Adam Cohen / April 5, 2008

In 1993, the dawn of the Internet age, the liberating anonymity of the online world was captured in a well-known New Yorker cartoon. One dog, sitting at a computer, tells another: “On the Internet, nobody knows you’re a dog.” Fifteen years later, that anonymity is gone.

It’s not paranoia: they really are spying on you.

Technology companies have long used “cookies,” little bits of tracking software slipped onto your computer, and other means, to record the Web sites you visit, the ads you click on, even the words you enter in search engines — information that some hold onto forever. They’re not telling you they’re doing it, and they’re not asking permission. Internet service providers are now getting into the act. Because they control your connection, they can keep track of everything you do online, and there have been reports that I.S.P.’s may have started to sell the information they collect.

The driving force behind this prying is commerce. The big growth area in online advertising right now is “behavioral targeting.” Web sites can charge a premium if they are able to tell the maker of an expensive sports car that its ads will appear on Web pages clicked on by upper-income, middle-aged men.

The information, however, gets a lot more specific than age and gender — and more sensitive. Tech companies can keep track of when a particular Internet user looks up Alcoholics Anonymous meetings, visits adult Web sites, buys cancer drugs online or participates in anti-government discussion groups.

Serving up ads based on behavioral targeting can itself be an invasion of privacy, especially when the information used is personal. (“Hmm … I wonder why I always get those drug-rehab ads when I surf the Internet on Jane’s laptop?”)

The bigger issue is the digital dossiers that tech companies can compile. Some companies have promised to keep data confidential, or to obscure it so it cannot be traced back to individuals. But it’s hard to know what a particular company’s policy is, and there are too many to keep track of. And privacy policies can be changed at any time.

There is also no guarantee that the information will stay with the company that collected it. It can be sold to employers or insurance companies, which have financial motives for wanting to know if their workers and policyholders are alcoholics or have AIDS.

It could also end up with the government, which needs only to serve a subpoena to get it (and these days that formality might be ignored).

If George Orwell had lived in the Internet age, he could have painted a grim picture of how Web monitoring could be used to promote authoritarianism. There is no need for neighborhood informants and paper dossiers if the government can see citizens’ every Web site visit, e-mail and text message.

The public has been slow to express outrage — not, as tech companies like to claim, because they don’t care about privacy, but simply because few people know all that is going on. That is changing. “A lot of people are creeped-out by this,” says Ari Schwartz, a vice president of the Center for Democracy and Technology. He says the government is under increasing pressure to act.

The Federal Trade Commission has proposed self-regulatory guidelines for companies that do behavioral targeting. Anything that highlights the problem is good, but self-regulation is not enough. One idea starting to gain traction in Congress is a do-not-track list, similar to the federal do-not-call list, which would allow Internet users to opt out of being spied on. That would be a clear improvement over the status quo, but the operating principle should be “opt in” — companies should not be allowed to track Internet activities unless they get the user’s expressed consent.

The founders wrote the Fourth Amendment — guaranteeing protection against illegal search and seizure — at a time when people were most concerned about protecting the privacy of their homes and bodies. The amendment, and more recent federal laws, have been extended to cover telephone communications. Now work has to be done to give Internet activities the same level of privacy protection.

This entry was posted in RagBlog and tagged Censorship, Economy, Privacy, Technology. Bookmark the permalink.