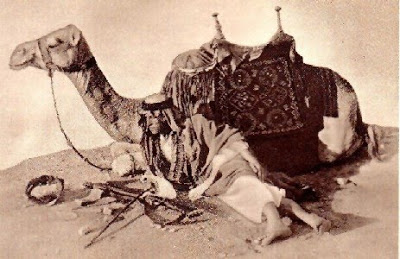 Between January 2009 and late March 2010, nearly 400 U.S. soldiers lost their lives in the Pentagon’s endless war in Afghanistan. Yet the history of people in Afghanistan is still unknown to many people in the USA.

In July 1928, for example, Afghan King Amanullah, for a second time, attempted to enact a series of democratic reforms in Afghanistan by convening a loya jirga — a meeting of Afghanistan’s leading tribal and religious leaders — and urging it to support the following reforms:

Most of Amanullah’s July 1928 proposed modernization and democratic reforms were rejected, however, by the members of the loya jirga meeting. So Amanullah then convened a new loya jirga meeting that only included his own political supporters, which then approved all his reform proposals and also banned slavery, declared Afghanistan to be a secular state, and legally abolished the use of a chadar or veil by Afghan women.

But agents of the UK government in Afghanistan such as T.E. Lawrence (a/k/a “Lawrence of Arabia”) apparently then encouraged the religiously conservative Afghan tribal leaders who opposed Amanullah’s democratic reform program — because it reduced their power, privileges and special influence within Afghan society — to start another uprising against Amanullah’s regime. According to The Truth About Afghanistan by S. Gevortom:

In late 1928 by bribery and deception British agents managed to provoke a rebellion among certain tribes in the eastern part of Afghanistan. A British Intelligence agent, Col. T.E. Lawrence, arrived in the north-western province of India. Under the alias of aircraftsman Shaw he became very active in arranging meetings with Afghan opposition leaders and virtually directed anti-government activities in Afghanistan…”

By November 1928 Shinwari Pashtun tribesmen in Afghanistan had burned down Amanullah’s winter palace and were marching on Kabul to overthrow his regime. So after fleeing to Kandahar, Amanullah then abdicated in favor of his brother Inayatullah Khan, before eventually going into exile in Italy. But, ironically, the Shinwari Pashtun tribesmen had also burned down the UK government’s consulate in the city of Jalalabad before marching on to Kabul.

So, not surprisingly, British agents then created “another center of rebellion in northern areas of Afghanistan where their henchman Bacha Saquo was operating,” according to The Truth About Afghanistan. The same book also recalled:

On the eve of his force’s attack on Kabul his envoys had a secret meeting with British ambassador Humphreys to clarify details of the planned seizure of the Afghan capital. On February 28, 1929, the British Daily Mail wrote that Britain’s representative in Kabul, Humphreys, had helped… Bacha Saquo to come to power…Supporting the rebels…British military aircraft time and again violated the air space… British planes flew over Kabul…

So only three days after Amanullah’s abdication in January 1929, Saquo — a Tajk bandit from northern Afghanistan — entered Kabul with his followers and “seized Kabul, overthrew the… government and proclaimed himself” the Afghan king, according to The Truth About Afghanistan. But, according to Afghanistan: A Modern History by Angelo Rasanayagam, the UK government-backed Saquo then “subjected the city and its… inhabitants to nine month reign of terror” in which there was much looting, pillage and raping of women by his troops.

Not surprisingly, in response to the nine-month reign of terror in Kabul, armed Afghan opposition to Saquo’s regime soon developed within Afghanistan and though, initially, “strongly supported by the imperialist and internal reactionary forces,” according to The Truth About Afghanistan, Saquo did not remain in power for long. After the UK government apparently ended its support for Saquo — and began to back the Afghan tribal army of General Mohamad Nadir Khan and his Afghan clan — Saquo’s troops were soon defeated.

The Afghan tribal army of Nadir Khan and his Afghan clan then occupied Kabul in October 1929; and Saquo and his leading followers were publicly hanged in November 1929 — “despite a pledge to spare Bacha Saquo’s life and a promise of safe passage signed on a copy of the Koran by the victorious general, ”when Saquo had agreed to surrender the previous month, according to Afghanistan: A Modern History.

Nadir Khan then was placed on the Afghan throne, himself, by his tribal army; and in September 1930 a jirga was convened which officially proclaimed Nadir Khan as Nadir Shah, the new Afghan king. Nadir Shah then built up a regular Afghan army of 40,000 men, opened up the Afghan economy to privately-owned corporations and promulgated a new Afghan Constitution in 1931 — before being assassinated by an Afghan high school student in November 1933.

Under the Afghan Constitution of 1931, an autocratic monarchical political system linked to Afghan religious conservatives was reestablished and the religious law of the Hanafi School of Sunni Islam was decreed as the official law of Afghanistan. The imams of Afghan mosques were then put on the Afghan government payroll during Nadir Shah’s brief reign and relatives of influential Afghan religious figures were all appointed by Nadir Shah to lucrative government positions.

It was also during Nadir Shah’s four-year reign that the first Afghan higher educational institution, the Faculty of Medicine, was set up in 1932. But, prior to his assassination in 1933, “there was a perception that Nadir Shah leaned towards” UK imperialism too much, because the UK government had “granted him 170,000 pounds” after his seizure of power in 1929, according to Afghanistan: A Modern History.

In addition, after 1933 they were not allowed to leave Herat, Balkh, or Kabul without a permit and were required to pay a special yearly poll tax. Between 1933 and 1950, people of Jewish background in Afghanistan were also not allowed to obtain jobs in the Afghan monarchical government’s civil service, and their children were not allowed to attend Afghan government schools.