BOOKS : ‘American Wife’ is based on Laura Bush 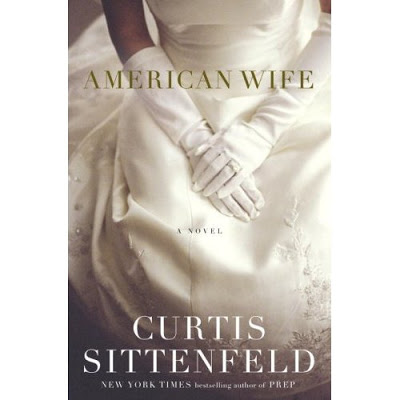 ‘Imagine marital bliss with a man who farts often and calls it “tooting his own horn”’
By Cathy Matusow / September 24, 2008

What’s it like to be married to George W. Bush? Imagine marital bliss with a man who farts often and calls it “tooting his own horn,” enjoys his whiskey and the occasional snort, has skills in the oral sex department and is overly concerned with his “legacy.” This is Charlie Blackwell, a fictional Bush, as presented by Curtis Sittenfeld in her excellent novel American Wife, narrated by his wife Alice, loosely based on Laura.

Sittenfeld’s novel is inspired by the basic facts of Laura Bush’s life — her love of reading, her career as a librarian, her meeting the future president at a backyard barbecue — and her husband’s rise to the presidency; she fictionalizes the rest.

The most painful part of Laura’s biography involves the car accident she was involved in as a teenager, when she ran a stop sign and accidentally killed a classmate. It has been said that Laura was romantically involved with the boy. In the novel, Alice is in love with him – feels sure that they will end up together. The incident explains a lot about the character of Alice, who feels conflicted about the good things that come to her later. It’s also a major plot point, as the tragedy indirectly leads to a terminated pregnancy, with all the implications that would have for the wife of a right-wing president.

In the novel, Alice is a registered Democrat when she meets Charlie, but after she marries him, she basically agrees not to air her views publicly. Laura Bush is known as a conservative Republican, of course. But she also has said she thought Roe v. Wade should not be overturned and that gay marriage should not be “used as a campaign tool.” Both abortion rights and the acceptance of homosexuality loom large in the novel.

Alice is a likeable character, certainly. She is thoughtful, wise, intellectual, fair-minded and charitable, if a tad martyrish. She’s also beautiful. Like Laura, she enjoys far greater poll numbers than her husband. The question is, why does she marry Charlie? His own icy mother tells Alice she married down when she linked her fate to Charlie’s.

“Oh no, Chas married up,” says Alice’s mother-in-law. “Why, Alice, he was as a thirty-one-year-old wastrel, making that preposterous congressional run, no less, and he was dating waitresses. We couldn’t imagine what you saw in him!”

Perhaps this is why Alice falls for him: “He always wanted to snuggle, he even used the word snuggle, which I’d never heard a man do.” Alice is a sucker for Charlie’s boyish confidence and charm. When she’s going to introduce Charlie to her family, Alice tells him to behave himself. He responds, “I shouldn’t ask your grandma to pull my finger?”

Sittenfeld is one of the best writers out there. If you skipped her novel Prep because it was packaged like chick lit, you made a mistake. She’s excellent at creating nuanced characters and a master of detail. Her novels just feel real. I found myself believing that Alice was Laura and Charlie was George, which is ridiculous, of course.

And yet…Alice’s explanation for the Republican administration’s stubbornness about the Iraq War is as good as any. Alice remembers excusing herself at a dinner to go to the ladies’ and, while looking for the door, accidentally reentering the dining room. “The logical thing at that point would have been to turn around, but I felt self-conscious,” she says. “I was unaccustomed to country clubs, I imagined the women in the anteroom would notice and think me silly, and so, with a full bladder, I rejoined Charlie and didn’t urinate until we arrived home over an hour later.”

In the same way, Charlie has continued along the path he’s somehow ended up on, pushing the war on the American people – with an important difference, Alice observes: “…that night at the club, when I need to urinate and hadn’t, the only one who suffered for my foolishness was me.”