BushCo Lies and Dirty Tricks That Took Us to War 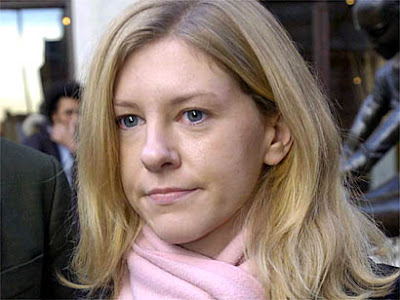 21/03/08 “The Nation” — – Of all the stories told on the fifth anniversary of the Iraq War, there is one important episode that took place during the build-up to the conflict that has gone largely unreported. It concerns a young woman who was a witness to something so outrageous, something so contrary to the principles of diplomacy and international law, that in revealing it she believed war could be averted. That woman was Katharine Gun, a 29-year-old Mandarin translator at the Government Communications Headquarters (GCHQ) in Cheltenham.

On Friday 31 January 2003 she and many of her colleagues were forwarded a request from the US government for an intelligence “surge” at the United Nations (with hindsight, an interesting choice of words). In essence, the US was ordering the intensification of espionage at the UN headquarters in New York to help persuade the Security Council to authorise war in Iraq. The aim, according to the email, was to give the United States “the edge” in negotiations for a crucial resolution to give international authorisation for the war. Many believed that, without it, the war would be illegal.

The email was sent by a man with a name straight out of a Hollywood thriller, Frank Koza, who headed up the “regional targets” section of the National Security Agency, the US equivalent of GCHQ. It named six nations to be targeted in the operation: Chile, Pakistan, Guinea, Angola, Cameroon and Bulgaria. These six so-called “swing nations” were non-permanent members of the Security Council whose votes were crucial to getting the resolution through. It later emerged that Mexico was also targeted because of its influence with Chile and other countries in Latin America, though it was not mentioned in the memo. But the operation went far wider – in fact, only Britain was specifically named as a country to be exempt from the “surge”.

Koza insisted that he was looking for “insights” into how individual countries were reacting to the ongoing debate, “plans to vote on any related resolutions, what related policies/negotiating positions they may be considering, alliances/ dependencies etc”. In summary, he added: “The whole gamut of information that could give US policymakers the edge in obtaining results favourable to US goals or to head off surprises.” The scope of the operation was vast: “Make sure they pay attention to existing non-UNSC member UN-related and domestic comms for anything useful related to the UNSC deliberations/debates/votes,” wrote Koza.

Gun was appalled by the email in two ways. First by the seediness of the operation: she believed the clear message was that GCHQ was being asked to find personal information that would allow Britain and America to blackmail diplomats in New York. But second and more importantly, she believed GCHQ was being asked to undermine the democratic pro cesses of the United Nations.

Over the weekend after receiving the email, Gun decided to act. On returning to work on 3 February she printed out the document and took it home with her. She knew people involved with the anti-war movement and passed the email to a friend who was in contact with the media. This individual in turn passed it to the former Fleet Street journalist Yvonne Ridley, who had become famous as the reporter captured by the Taliban in 2001. By this time Ridley was a prominent opponent of the war. After first approaching the Mirror, which failed to verify the email, Ridley called me at the Observer, where I was working at the time, to ask if I would look at it.

The Koza memo presented me and my colleagues at the newspaper with a number of problems. For a start, the Observer supported the war in Iraq. Then there was the problem of verification. The Koza memo consisted of simply the body of the text, with all identifying information from the email header ripped from the top. In theory, anyone could have typed it. Koza’s name was written on the back along with other clues to its veracity, but it could easily have been a hoax. We were also hamstrung by the fact that Gun had not come directly to the newspaper, so there was no way of going back to the source of the leak to check the information.

Peter Beaumont, the Observer’s defence correspondent at the time, got his sources to confirm that the language used in the memo was consistent with the NSA and GCHQ.

But still there were doubts. One intelligence contact suggested it could be a sophisticated Russian forgery and another raised the possibility that British spy chiefs had written it to flush out anti-war elements at GCHQ. In the end, the paper’s then US correspondent, Ed Vulliamy, struck lucky. After a string of “no comment” responses from the NSA, a phone call to the organisation’s headquarters in Maryland was by chance put through to the office of Koza himself. This proved that he existed and we now felt confident that the email was genuine. Despite the paper’s pro-war stance, the then editor, Roger Alton, would not have rejected a good story and on 2 March 2003 the Observer splashed on the tale of US dirty tricks at the United Nations.

The story was followed up around the world and caused fury in Chile, which had known its fair share of US dirty tricks during the 1970s. Mexico was equally unhappy and both countries distanced themselves from a second resolution as a result of the revelations. Other countries were less bold in the face of cajoling and bullying from the US, but it became clear in the weeks that followed the leak that a fresh UN resolution was never going to happen.

This was precisely what Katharine Gun had hoped for when she walked out of GCHQ with the document a month earlier. What she could not have known, however, was that George W Bush was determined to go to war, with or without the support of the UN.

Within days of the Observer article, Gun was arrested under the Official Secrets Act and almost a year later she finally appeared at the Old Bailey to stand trial for leaking the NSA document. But, in a dramatic retreat, the then attorney general, Lord Goldsmith, dropped the case at the last minute and despite her prima facie breach of the secrecy laws, Gun walked free.

What did she gain? She failed to stop a war that has now cost thousands of lives. She gave up a secure career as an expert translator. But she was one of the first to reveal the truth about the lies and dirty tricks that took us to war in 2003.

Questions still remain about Britain’s involvement in the spying operation, which was the ultimate responsibility of the then prime minister, Tony Blair. A full inquiry into the Iraq War has now been promised by the present Prime Minister, Gordon Brown, and, among other things, this should force the government to disclose the full extent of its knowledge of the 2003 intelligence “surge”.

Those who doubt whether Gun’s actions had lasting his torical significance should refer to the statement issued by the Crown Prosecution Service when the case was dropped on 26 February 2004. There was speculation that Lord Goldsmith backed down because Gun’s defence requested disclosure of his legal opinion on the legitimacy of the war. As was later revealed, his legal opinion shifted as the prospects of a second UN resolution faded.

On this the CPS statement is clear: “This determination by the prosecution had nothing to do with advice given by the Attorney General to the government in connection with the legality of the Iraq War.”

Instead, the prosecution stated that “there was no longer a realistic prospect of convicting Katharine Gun”. The reasons for this remain a mystery, especially considering that Gun had admitted to the crime of leaking the document. Her only defence was the untried “defence of necessity”, under which her lawyers would have argued that her actions were designed to stop the imminent loss of human life.

The CPS statement contains the following intriguing paragraph: “The evidential deficiency related to the prosecution’s inability, with in the current statutory framework, to disprove the defence of necessity to be raised on the particular facts of this case.”

Read through the legalese, this is an astonishing admission from the government that Katharine Gun’s actions were entirely honourable. She really had tried to stop a war.

This entry was posted in RagBlog and tagged Bush, Corruption, Iraq. Bookmark the permalink.