Changing the Treatment of Veterans by the US Government 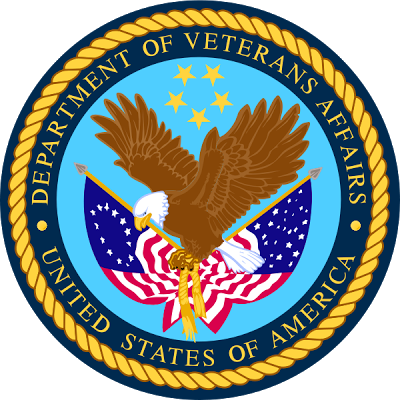 On Veterans Day, we as a nation pause to honor those who have served their country. Problem is the Bush Administration doesn’t want us to know about their sacrifice. From refusing to allow the press to photograph flag-draped coffins of the dead, to covering up the suicides of veterans after they come home, the officials in Washington who lead us to war have done everything they can to hide it’s terrible cost.

This must end in the new Administration of President Barack Obama. As President, he must send a message to the bureaucrats who crunch numbers at the Pentagon and the Department of Veterans Affairs that the American people deserve to hear the true costs of the war in Iraq.

*High profile monthly Pentagon press conferences, where ALL casualty figures are announced to the public. Under President Bush, the Pentagon has only released these statistics in response to Freedom of Information Act requests from journalists and veterans groups. As a result, very few Americans realize that more than 75,000 US soldiers have been medically evacuated from Iraq and Afghanistan for treatment in Germany. (You can find these statistics online on an internal website of the Defense Manpower Data Center)

*High profile monthly press conferences from the Department of Veterans Affairs announcing how many Iraq and Afghanistan veterans have filed disability claims as a result of their service (over 300,000 as of October 2nd), and how many have gone to the VA to treat their war wounds (currently close to 350,000, about 150,000 of whom went to the VA for help with Post Traumatic Stress Disorder or other service-connected mental injuries). Like the Pentagon casualty statistics, these numbers only came to light because a veterans group, Veterans for Common Sense, demanded them under the Freedom of Information Act.

*An end to the culture of intimidation at the VA. Under President Bush, VA officials who have told the truth about the sorry state of veterans health care have been fired. In 2006, Dr. Frances Murphy was working as the under secretary for health policy coordination at the VA when she told the medical journal Psychiatric News that “veterans who are struggling with the aftermath of severe trauma but do not have equitable and timely access to quality mental healthcare.” When the services were available, Dr. Murphy asserted that, “waiting lists render that care virtually inaccessible.” Days later, Dr. Murphy was sent packing. This too must end. We need dedicated public servants like Frances Murphy to help returning veterans rebuild their lives.

*Finally, a new Obama Administration must end the era of obfuscating the number of innocent civilians killed in our occupations. Remember back it was back in 2002, shortly after the fall of the Taliban that General Tommy Franks first brushed off reporters questions with the curt statement “We don’t do body counts.” Six years later, researchers writing in the prestigious British medical journal, the Lancet, estimate as many as a million Iraqis have died in this war. Even if the truth is only half that number the catastrophe is tremendous. The American people deserve a President who’s not afraid to try to quantify the human toll among those we’ve “liberated.”

None of these changes would cost our country any money, and none of them would immediately end the war or make the world a safer place. But being open and honest with the American people would make us all more well informed and, hopefully snap us out of our collective apathy.

Regardless, each of the statistics above represent information we deserve to know as citizens. How can we even begin to honor our veterans, if we don’t even track their sacrifice?

Aaron Glantz reported extensively as an unembedded journalist in Iraq and has been covering the stories of American veterans since his return. He is author of the upcoming book The War Comes Home: Washington’s Battle Against America’s Veterans (UC Press).

This entry was posted in RagBlog and tagged Barack Obama, Veterans, Veterans Affairs. Bookmark the permalink.